I am a conservator based in Oxford and working both nationally and internationally.  I specialise in wall paintings, sculpture, and polychrome, or gilded surfaces, and have a long involvement in the conservation of ancient Egyptian heritage. I’ve worked on projects ranging from big schemes in historic buildings, tomb complexes, cathedrals and churches, to small privately owned pieces and those within museum collections.

I trained in conservation at the City and Guilds of London Art School, graduating in 1997, before undertaking further training in Italy with a Leonardo da Vinci grant to study with a conservator in Urbino. In addition, I hold an MSc from University College London in Sustainable Heritage, covering conservation issues, methodologies, policies and practice, encompassing sites, built heritage, and collections.

Since 1998 I have been working freelance, both independently and in collaboration with highly respected conservation professionals and institutions, on conservation projects for sculpture, wall paintings and polychrome and gilded decorative surfaces.

My studio and practice are based in Oxford but I also work on conservation projects across the UK and internationally. I have held contracts with: the British Museum; in the paintings department of the Benaki Museum in Athens; at the American School of Classical Studies in Athens’ Agora conservation laboratory, and have practiced in: Germany (including on the acclaimed David Chipperfield project at the Neues Museum, Berlin); France; Belgium; Greece and Turkey, on private projects and for exhibitions.

I have a long-term involvement in the site based conservation of tomb painting and built heritage in Egypt: running wall painting conservation projects for the American Research Center in Egypt at the tombs of Menna, Neferrenpet and at the Red Monastery; working on the Tombs of Sennefer and Amenemope for the Université libre de Bruxelles’ Archaeological Mission to the Theban Necropolis; for the Institut Français d’Archéologie Orientale at the Deir el Medina; for the University of Leiden; for Oxford University/Ashmolean Museum’s epigraphic mission to Elkab; and for Yale University at the White Monastery. I was a part of the ICOM CIPEG (International Committee for Egyptology) Expert Group on the Tutankhamun Shrine Project, and have just completed a contract for the British Museum at the Egyptian Museum Cairo as a part of the EU project ‘Transforming the Egyptian Museum Cairo’ on the conservation of the wall painting from Tomb 100 at Hierakonpolis, the oldest known Egyptian tomb painting.

I am a member of ICON, IIC and ICOM.

I specialise in wall paintings, sculpture, and decorative and gilded surfaces. 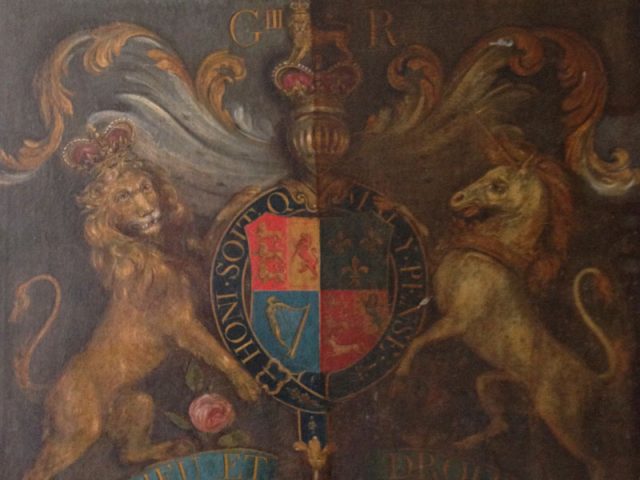 Conservation and restoration of paintings on plaster, wood, stone and related surfaces. Subjects can be decorative or figurative and date from 4000 BC to modern.

Conservation services include: condition surveying and mapping, inspection and advice, examination with flat, raking and UV light and under magnification as necessary, as well as treatment as necessary including stabilisation, cleaning, uncovering, consolidation and fixing, filling and retouching. 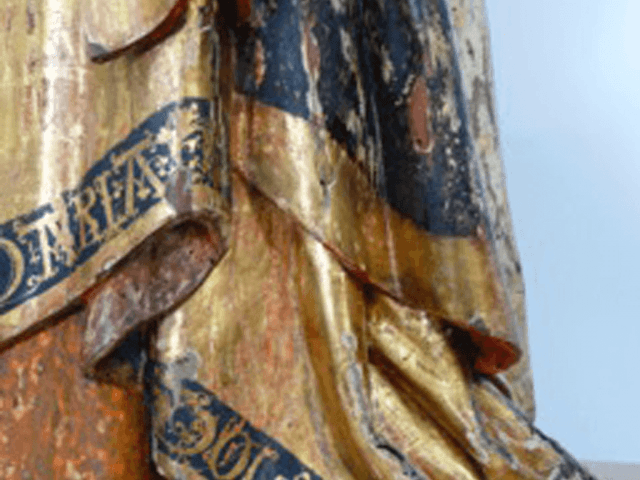 Conservation of sculpture, in wood, terracotta, stone and plaster and related materials, with or without polychromy. This includes religious and classical sculpture, privately owned pieces and church monuments.

Conservation services include: condition surveying and mapping, advice, documentation including examination under microscope and in flat, raking and UV light as necessary, cleaning, consolidation and fixing, structural repairs, reconstruction of losses as appropraite, and retouching. 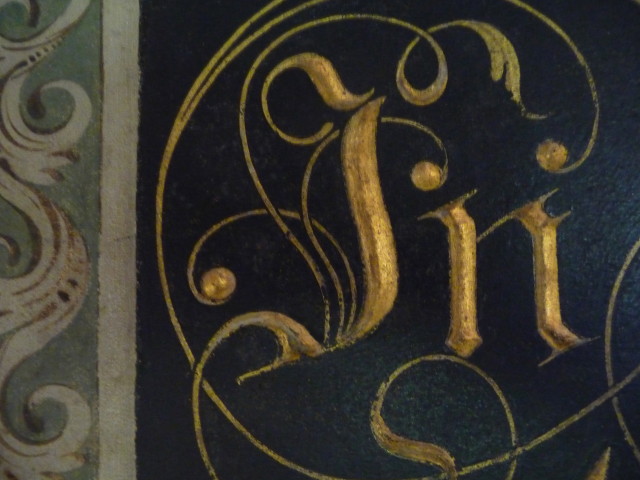 Conservation of gilded surfaces, which can be part of a decorative polychrome scheme or interior, objects or frames.

Conservation services include: condition reporting, including examination under microscope and with flat, raking and UV light as necessary, documentation, advice, cleaning, fixing, both oil and water gilding. 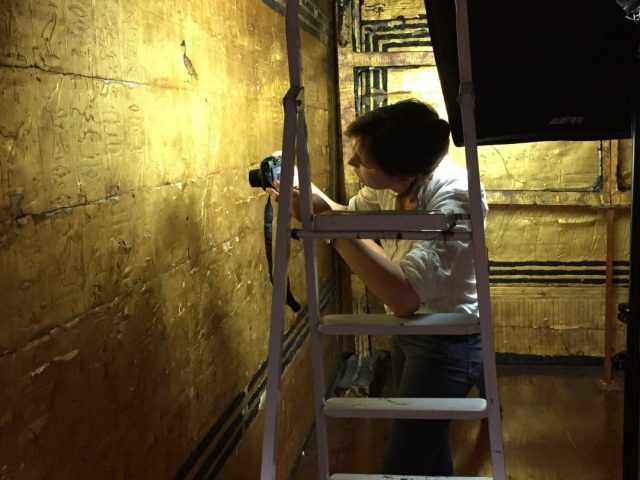 Consultancy has ranged from assessments for small private projects to international collaborations, notably in the Theban Tombs, recently undertaking condition surveying for the whole complex of tombs at the Deir el Medina for the Institut Français d’Archéologie Orientale, and at Elkab for Oxford University; at St Paul’s Catacombs for Heritage Malta and for the ICOM-CIPEG Tutankhamun Shrine Project pictured above. 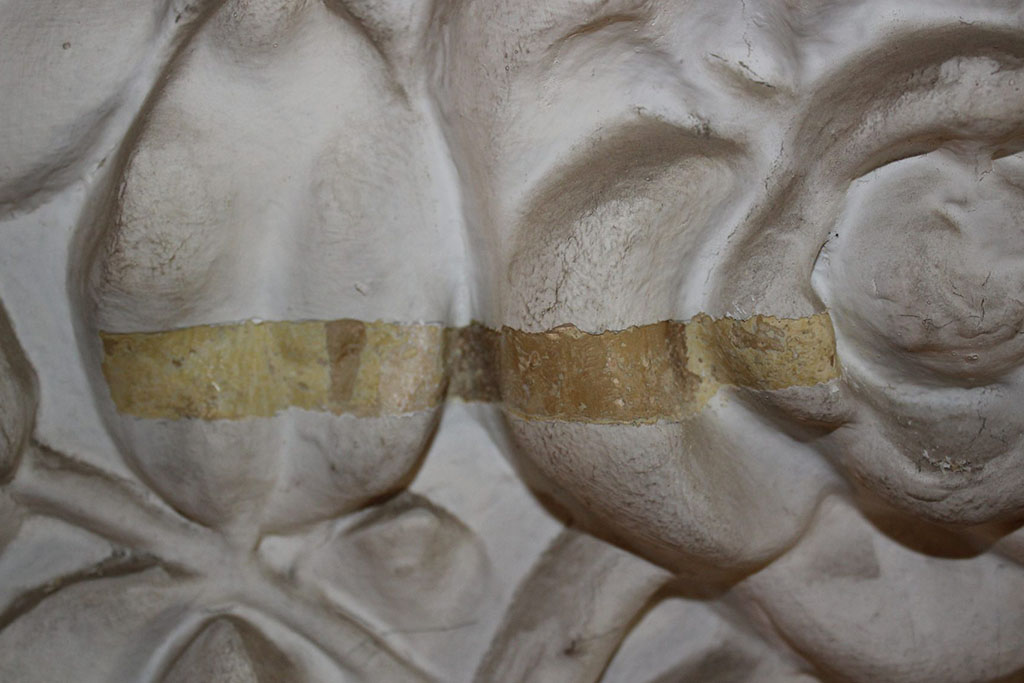 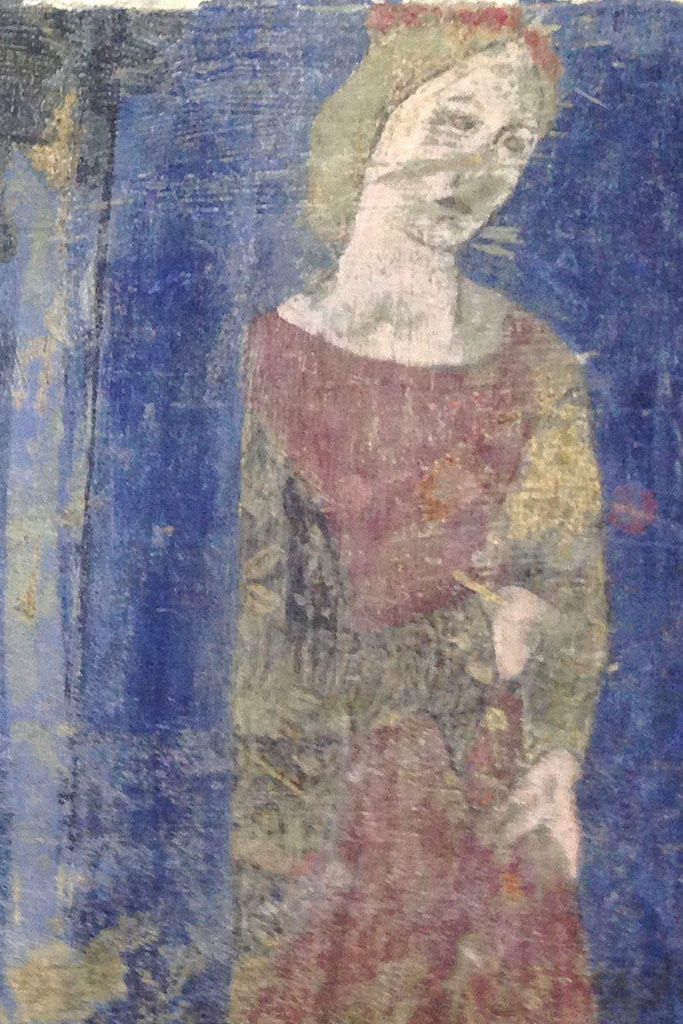 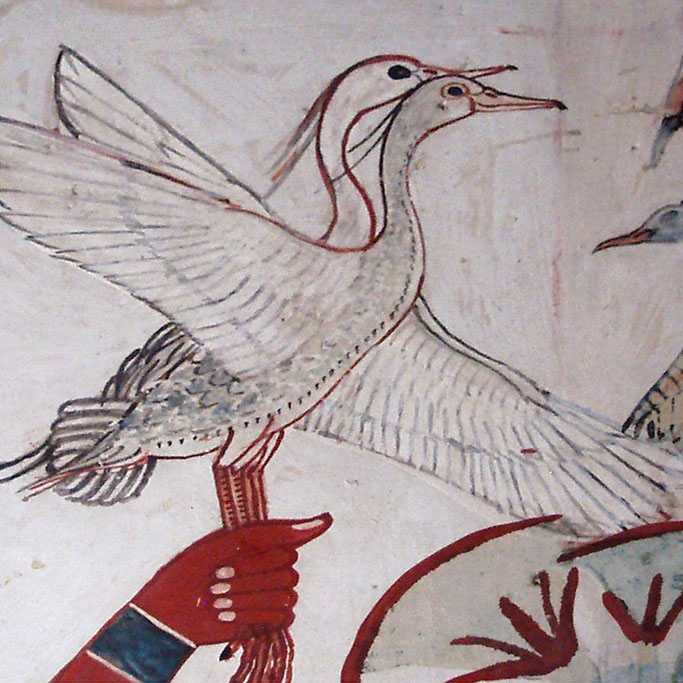 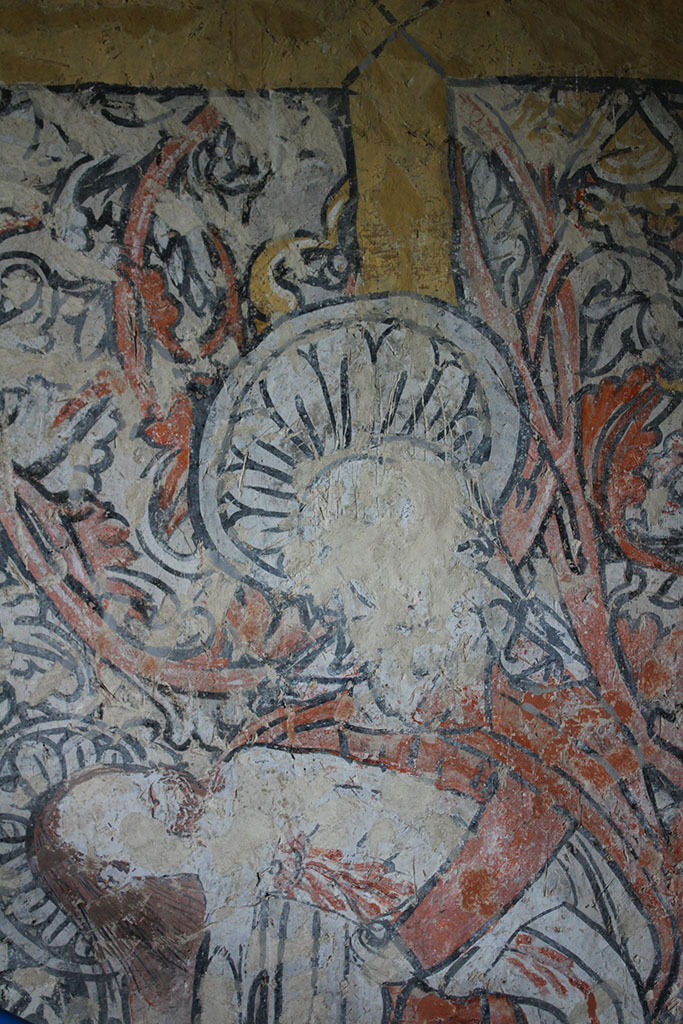 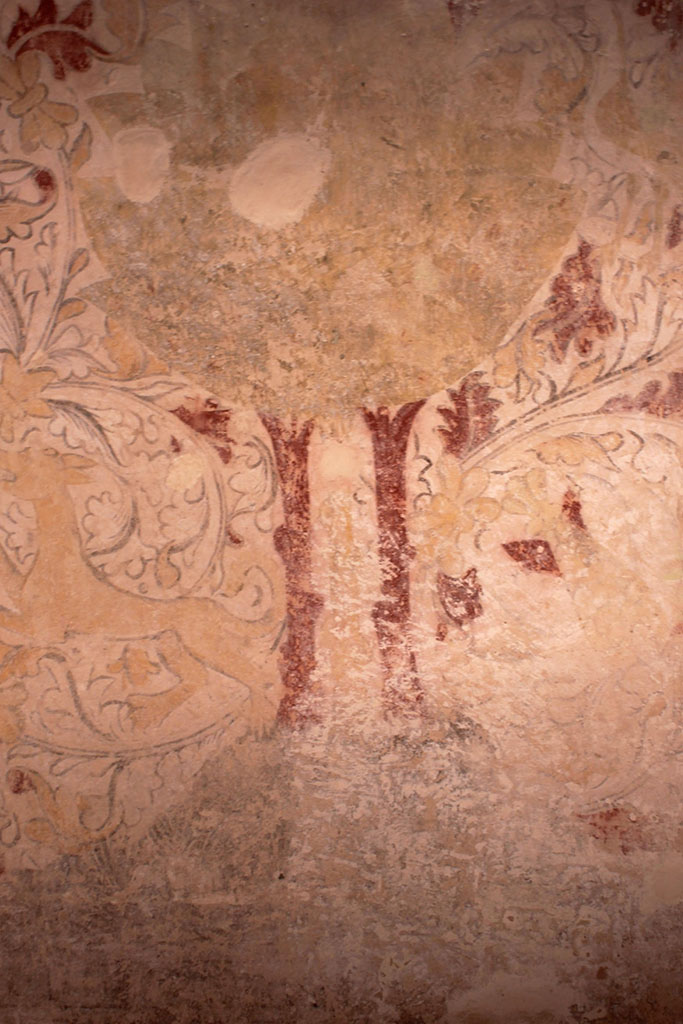 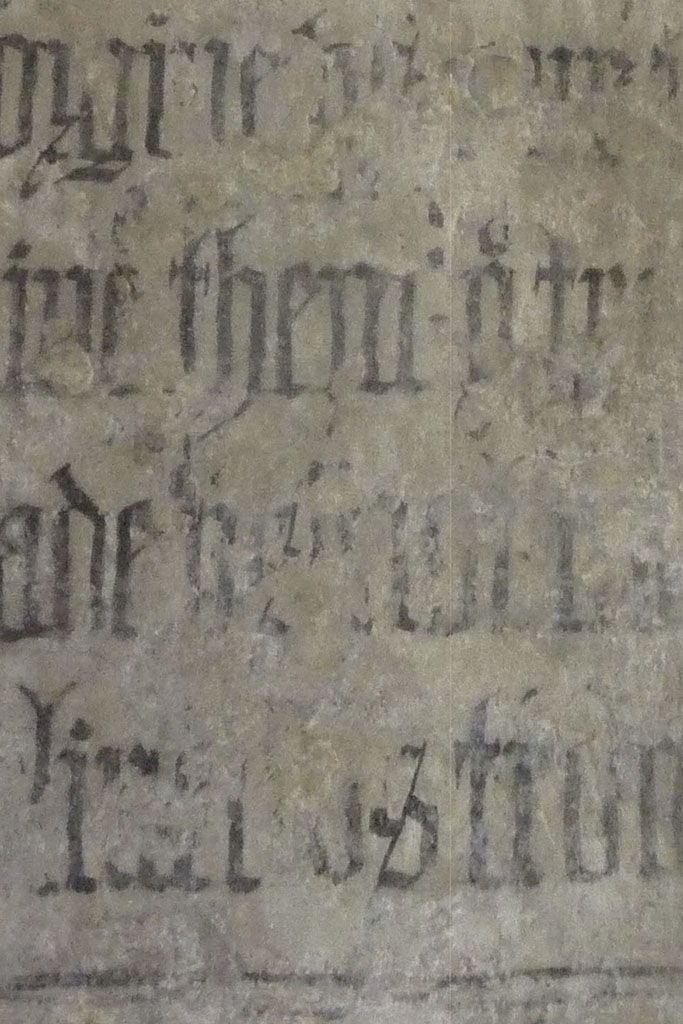 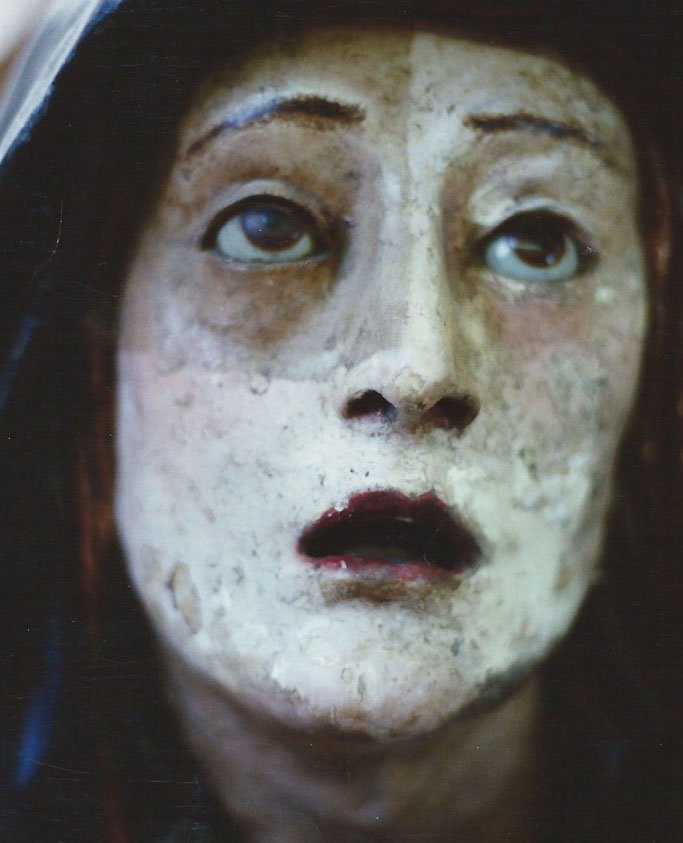 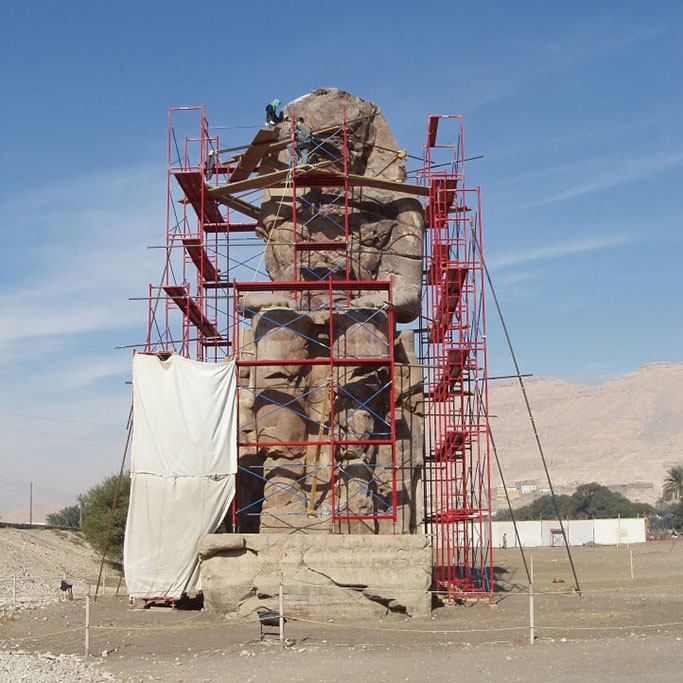 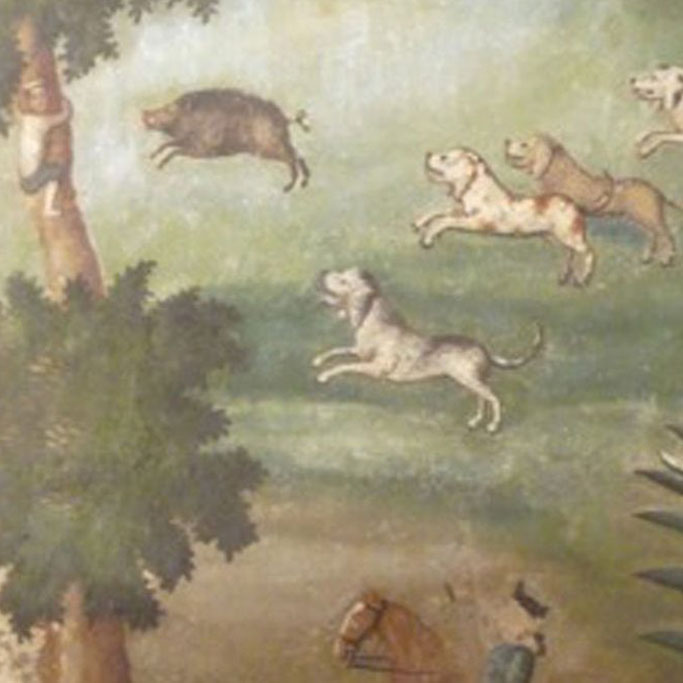 For the past year I have been working for the British Museum, as a part of the EU project ‘Transforming the Egyptian Museum Cairo’ on the conservation of the wall painting from [...]

Last month, when site work and travel were still a reality I worked on a fascinating conservation project on domestic wall paintings in a house in a village outside Oxford. Cromwell House [...]

The Chantry Library, the reference collection of conservation literature owned and managed by the Oxford Conservation Consortium,  has introduced a series of subject bibliographies to its website, with the aim of providing [...] 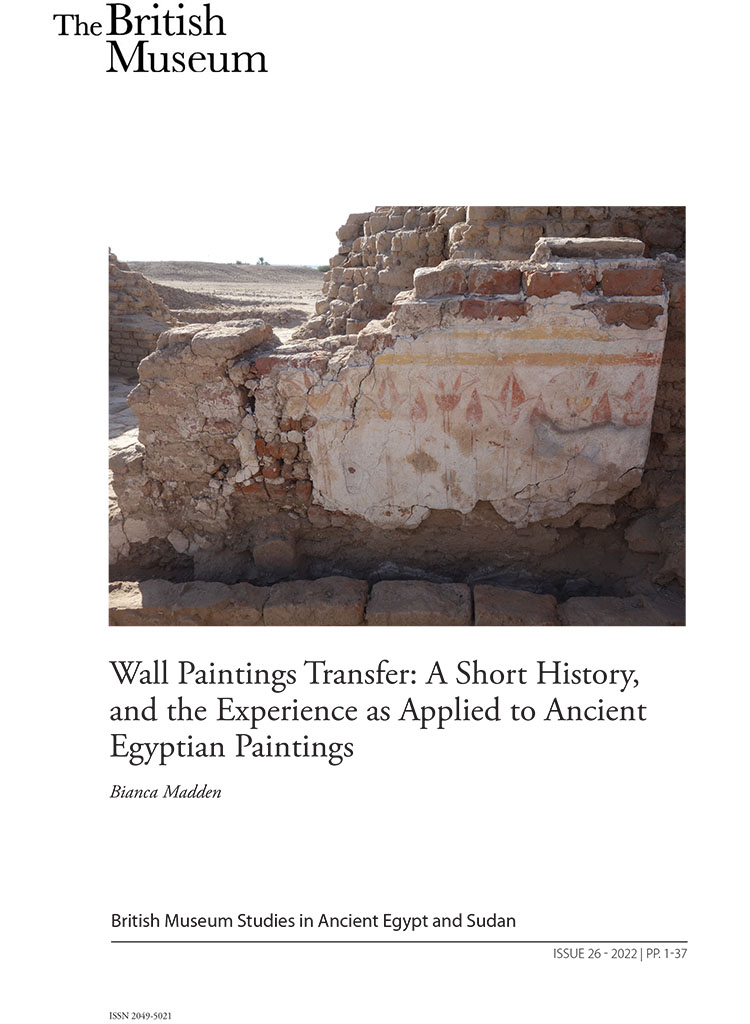 Available in English and Arabic, this article is concerned specifically with the transfer of ancient Egyptian wall painting and was encouraged by research into the historic transfer and conservation history of the wall painting from Tomb 100 at Hierakonpolis, now at the Egyptian Museum in Cairo. The painting was conserved and redisplayed in Gallery 43 as part of the EU funded project Transforming the Egyptian Museum Cairo.

By drawing attention to the highly interventive nature of the irreversible process of wall painting transfer, the complications faced both in past operations and in the current remedial conservation work required to re-back or stabilise earlier transfers the article aims to inform future conservation work, planning and intervention. It may help avoiding problems by learning from the mistakes of the past while building on current practice.

The research was made possible with the financial support of the European Union. 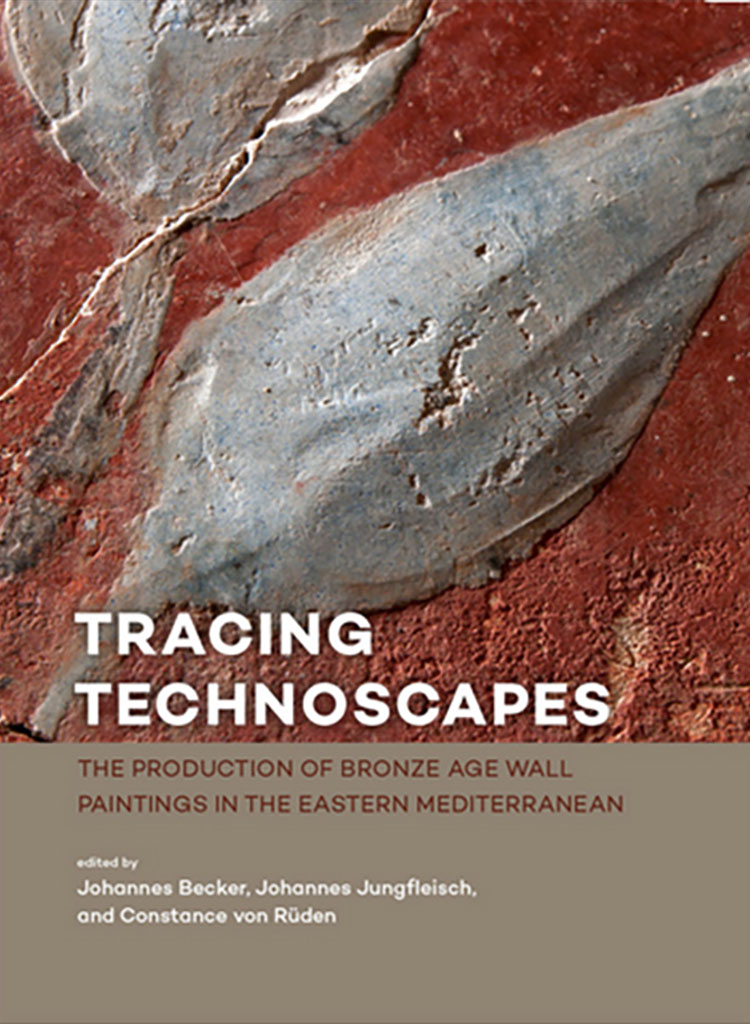 Original Painting Techniques. Methods and Materials in 18thDynasty Tombs, in the Valley of the Nobles, Egypt

Developed from a paper given at the interdisciplinary workshop held at the 10th ICAANE in Vienna, this paper discusses the original painting construction, methods, techniques and materials used in Theban elite private tombs of the 18th Dynasty. The findings are based on research, archaeometry, conservation work, as well as experimental archaeology. Using this multiple research method and the associated findings it attempts to answer some of the questions most frequently asked about the construction and decoration of painted tomb chapels.

The full publication is available for free download or to order in print version here: Original Painting Techniques, Methods and Materials in 18th Dynasty Tomb Painting 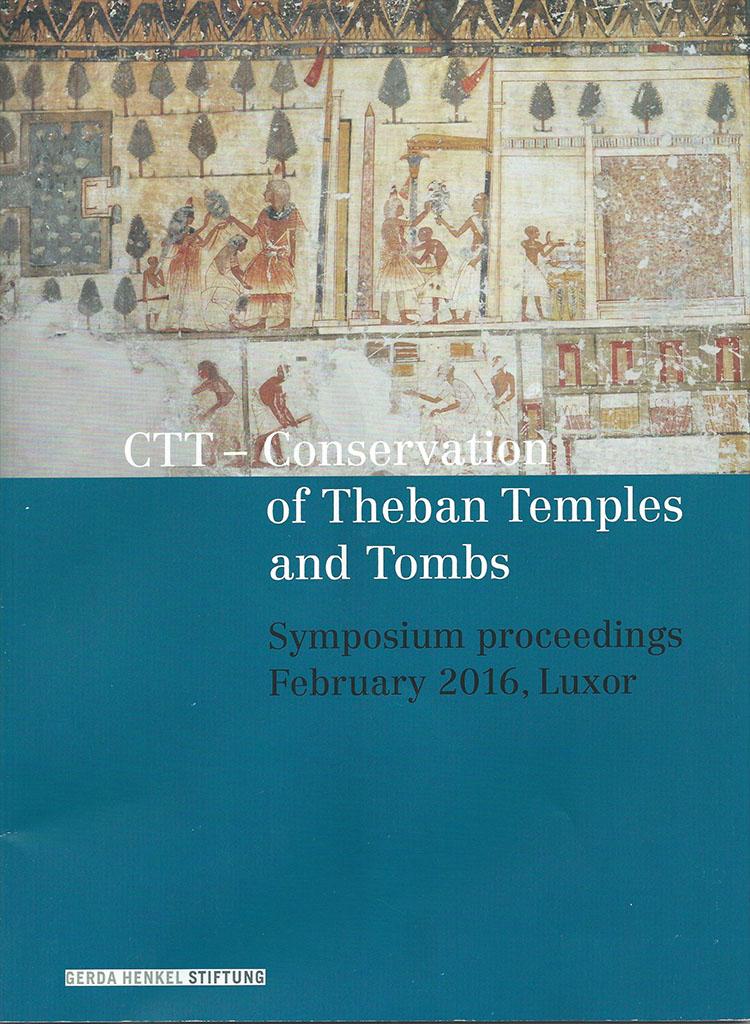 Conservation of Theban Temples and Tombs

The Conservation of the Tomb chapel of Sennefer TT96a

From the inaugural international symposium on the conservation of Theban Temples and Tombs held in Luxor, Egypt 2016, sponsored by the Gerda Henkel Foundation. The article discusses the 15-year conservation and research project at the Tomb of Sennefer, undertaken by the Universities of Brussels and Liège. It looks at the ethics, materiality, and technical challenges of the conservation of a Theban tomb.

This article, and all of the papers presented at the symposium are available here: Conservation of Theban Temples and Tombs, Symposium Proceedings