Last week was the inaugural conference on the Conservation of Theban Temples and Tombs, Luxor, organised by Susanne Brinkmann and Christina Verbeek, and sponsored by the Gerda Henkel Foundation.

I spoke about the conservation work of the The Belgian Archaeological Mission in the Theban Necropolis by the Université libre de Bruxelles and the University of Liège at the tomb chapel of Sennefer TT96A.  The project has been ongoing since 2001, and is now coming to completion.  The work itself has focused on a minimal intervention conservation campaign, which concentrated on the stabilisation of the vulnerable areas of plaster where it was delaminating from the rock substrate, or hung unsupported due to the loss of lower areas of plaster.

Work was also undertaken to reduce the effects of drastic over cleaning attempts from the late 19th and early 20th centuries, where early Egyptologists and epigraphists had washed or abraded the paintings and texts in attempting to read them.  A light clean of the paintings in all three halls of the tomb was also carried out, as well as work on the ceilings, which had heavy soot layers dating from the time of the occupation of the tomb in the late nineteenth and early 20th centuries. The aim of the campaign was a low level intervention, and one which respected the information given as to the original construction and techniques of the tomb painting.  This meant, where possible structurally, leaving lacunae open, to show the plaster construction, which helps to track a ‘giornate’, and show the stages in which the decoration was carried out, as well as helping Egyptologists in the study of the identification of different workshops of tomb painters.

Below is the programme for the talks, as well as some images from the project, including  the famous Garden of Amun scene, drastically ‘washed’ in the late c19th/early 20th century, now conserved.  It also shows some images of of the stabilisation process, and a section of ceiling, before and after cleaning, showing the previous heavy level of soot encrustation.

An article with details about the whole symposium from the Gerda Henkel Foundation newsletter is below:

And here are some images of the tomb of Sennefer conservation from the archives of the Belgian Archaeological Mission in the Theban Necropolis by the Université libre de Bruxelles and the University of Liège. 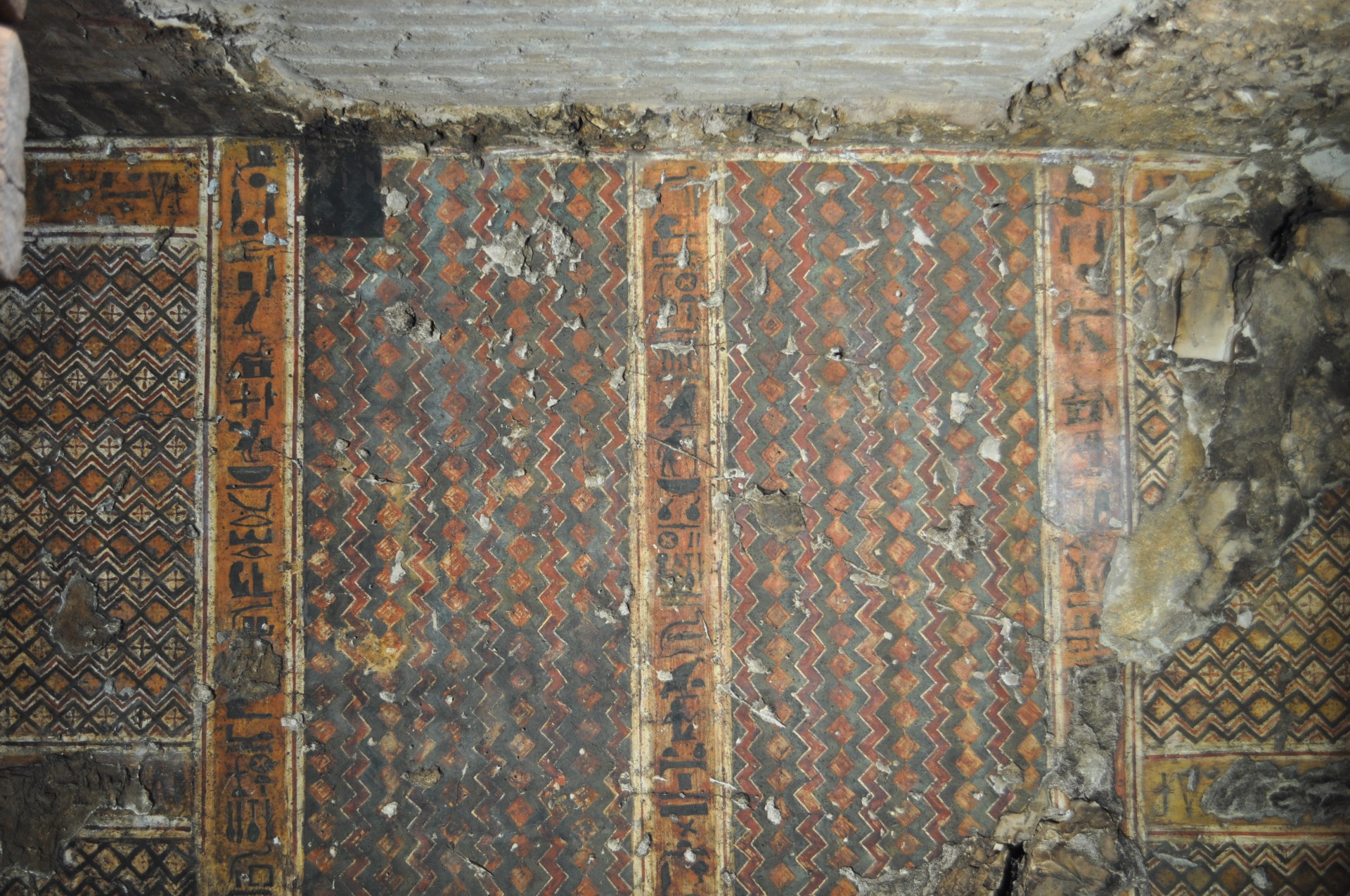 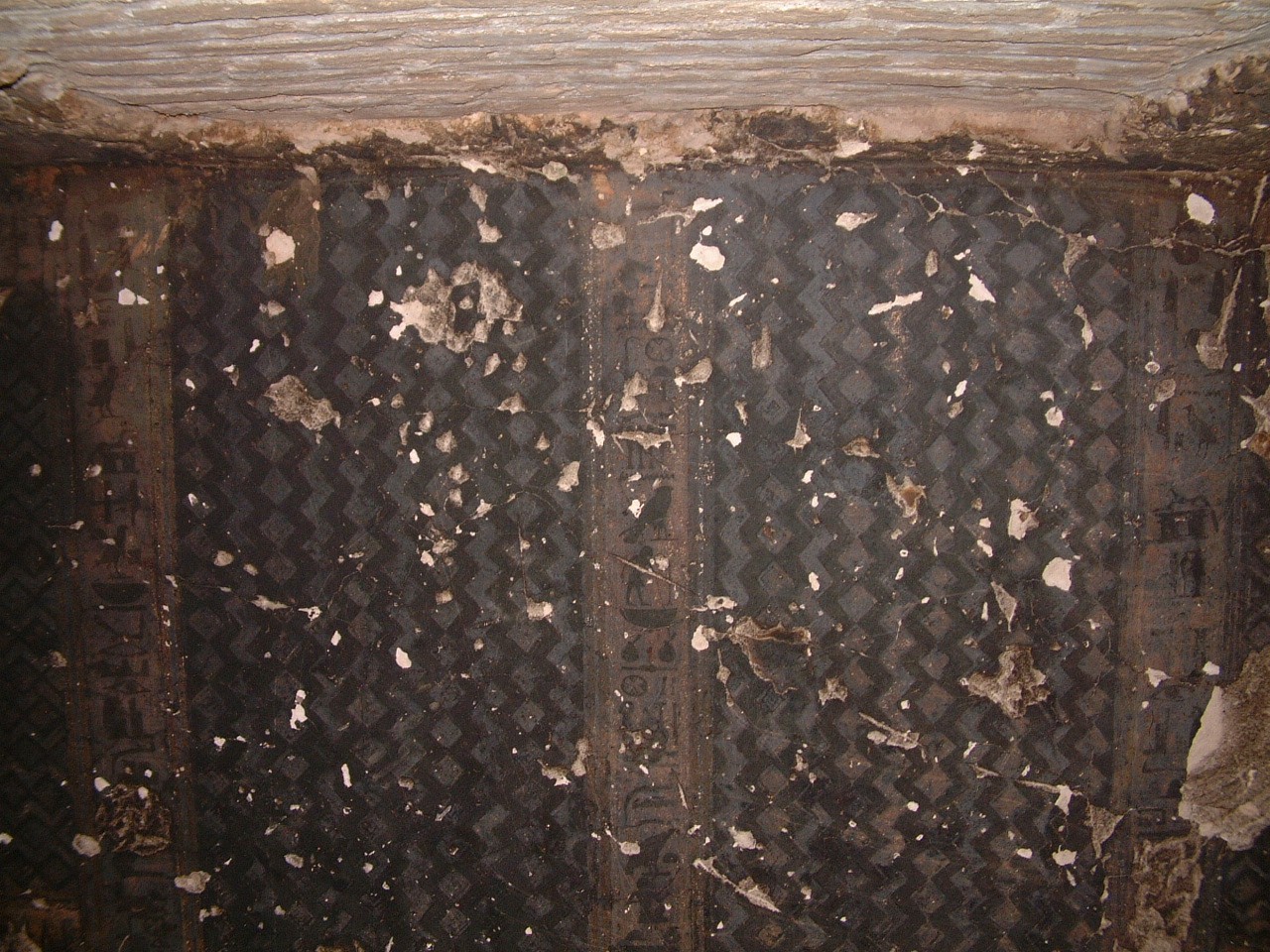 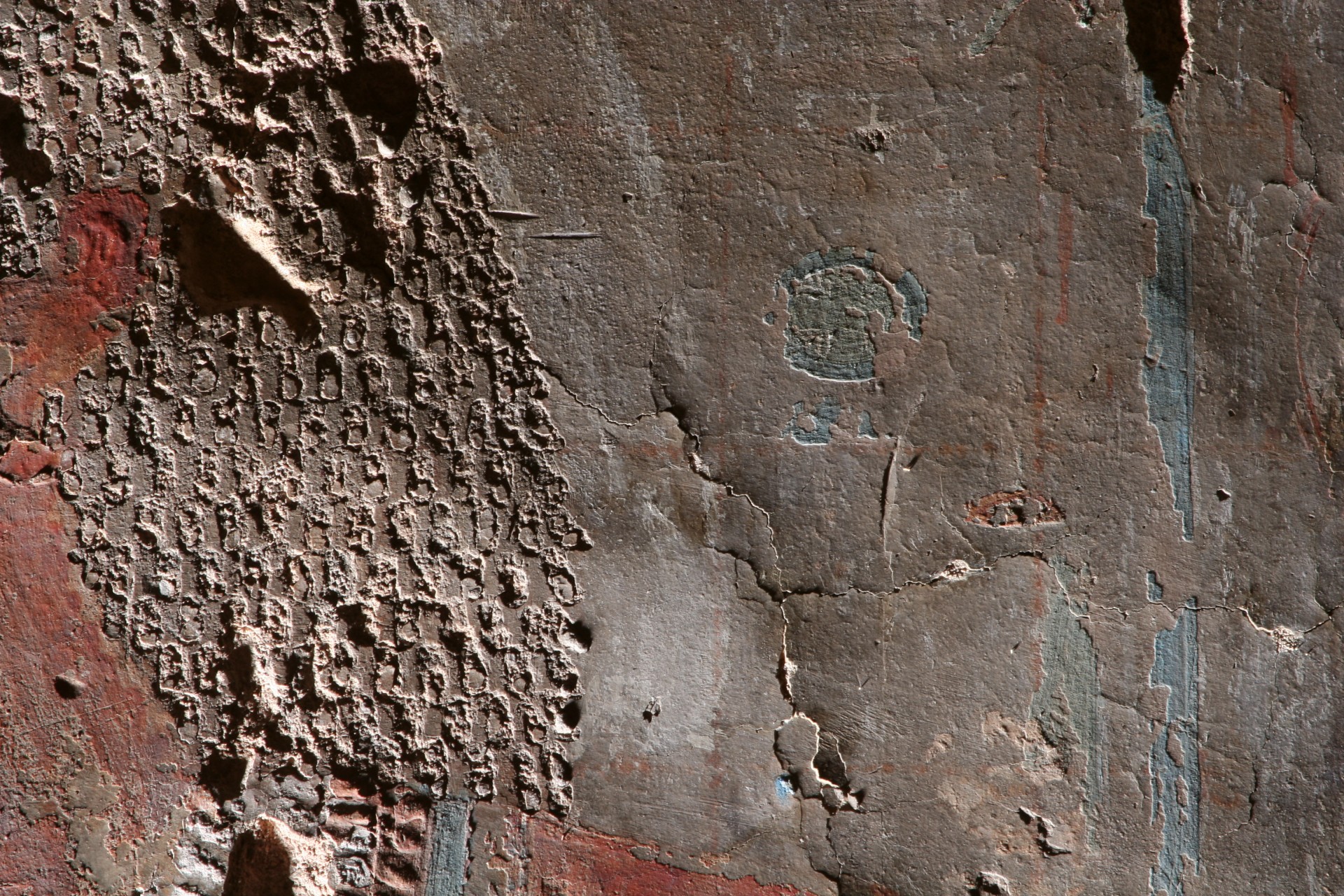 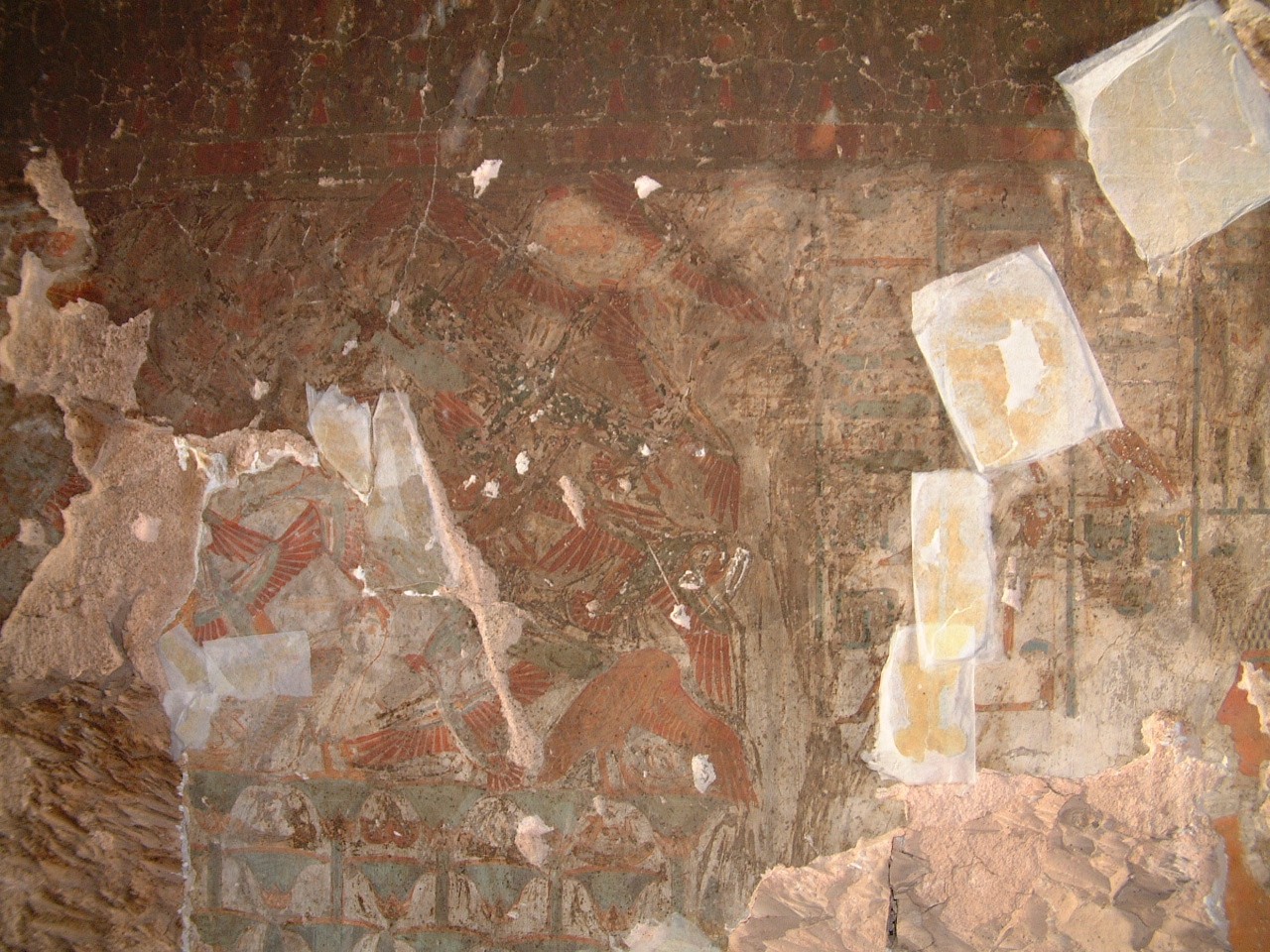 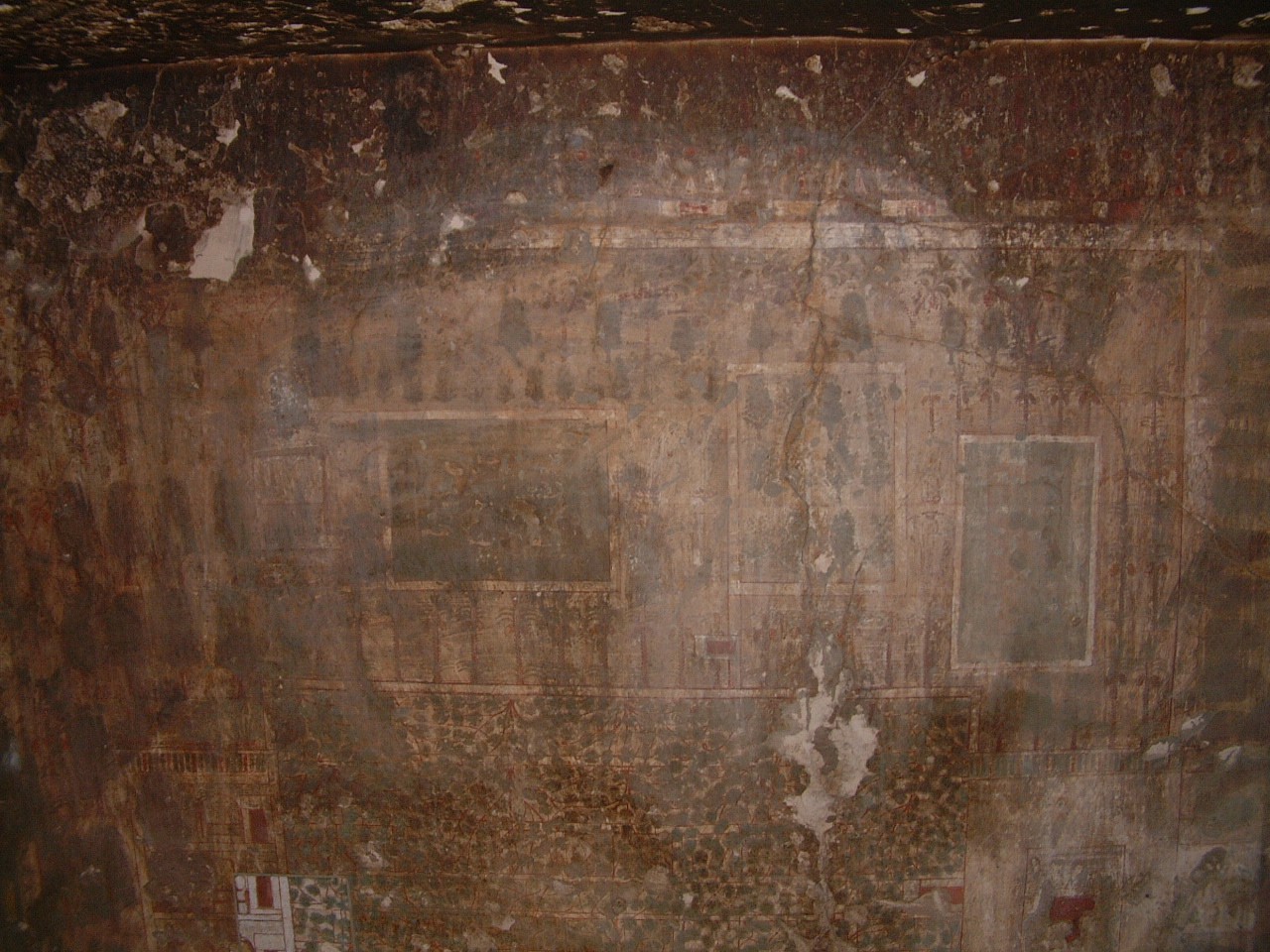 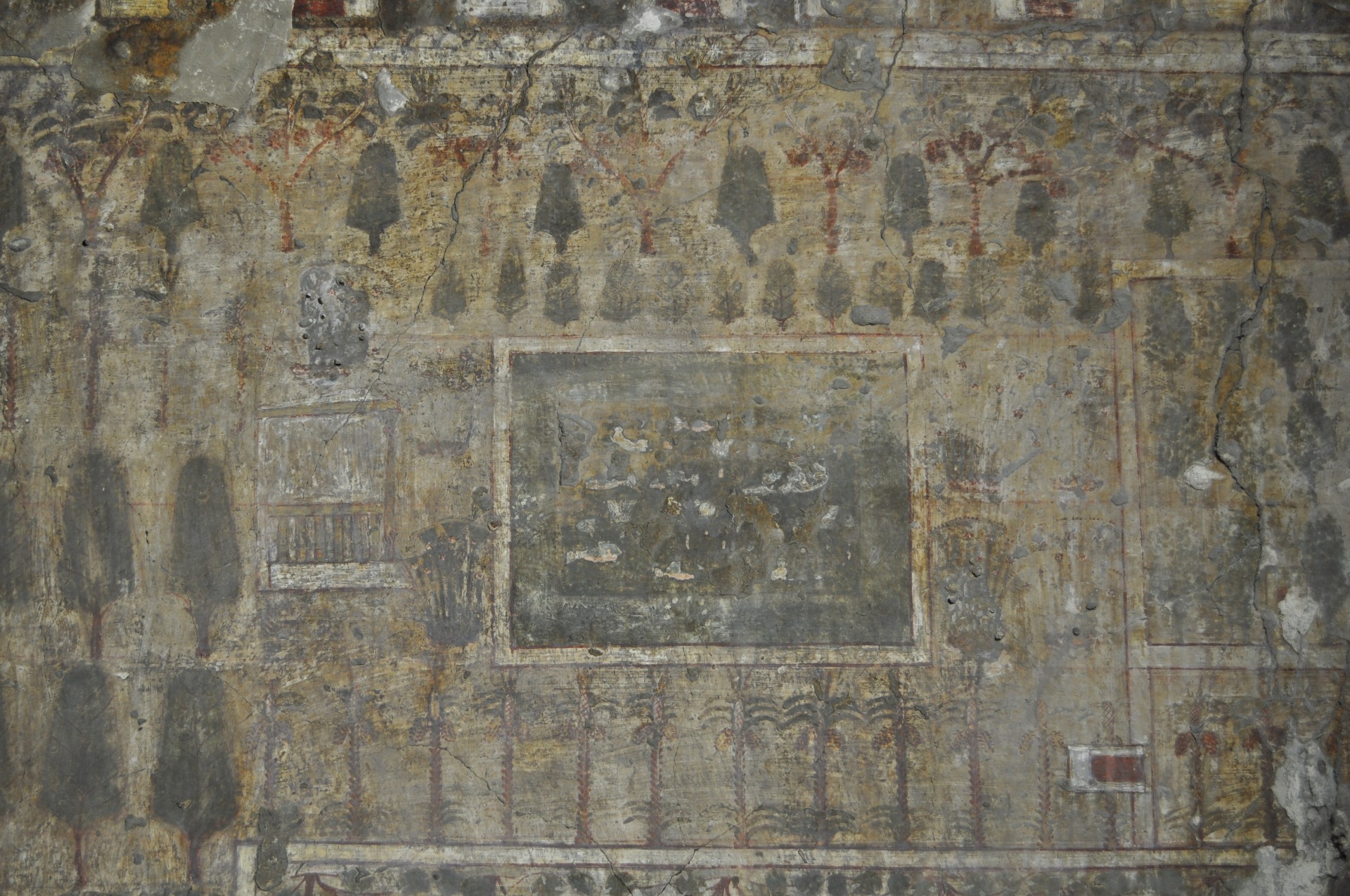 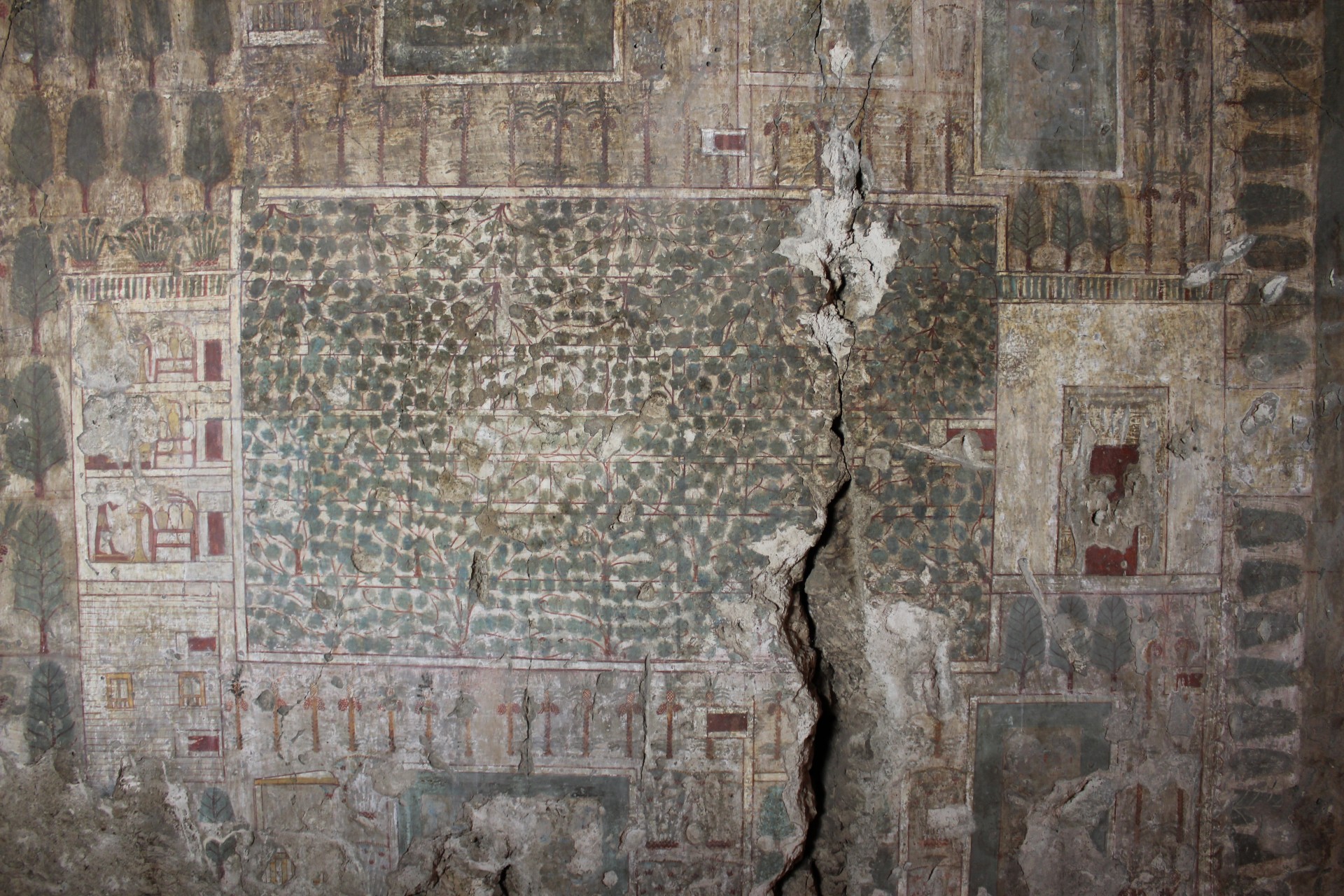