This was a conservation project in summer 2015, focusing on the stabilisation and uncovering of c16th wall paintings in Ellys Manor House in Lincolnshire.

The upper floors of the former merchant’s house are extensively decorated with early c16th domestic wall paintings.  The effect of the decoration appears designed to suggest to the viewer that they are looking out onto a tapestry through a loggia, a theme derived directly from Verdure tapestries – with scrolling foliate decoration, divided by classical columns, between which are animals, birds, flowers, seed heads and trees.

The wall paintings had been very roughly uncovered in the mid 20th century, with the covering limewash in the upper and lower levels in general left in place.  Although the condition of the painting was largely sound, the decoration was hard to read  due to this covering limewash, which even in the body of the painting was retained in patches across it.  This, in addition to the scrape marks left by the tools from the rough uncovering, gave the impression to the viewer of viewing the paintings through a snow storm.

This phase of work in summer 2015 was an initial stabilisation and careful uncovering of one section of the paintings – concentrating on the scene that illustrates the fable of the fox and the crane.  The phase was part of a wider ongoing programme, to gradually, carefully, uncover and conserve the full scheme of painting.

An article about the project from the Historic Houses Association Winter 2015 newsletter is here:

And here is a You Tube video showing some of the uncovering process:

Below are some details of the painting: 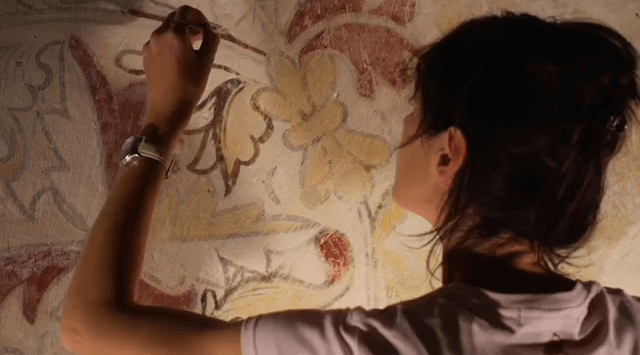 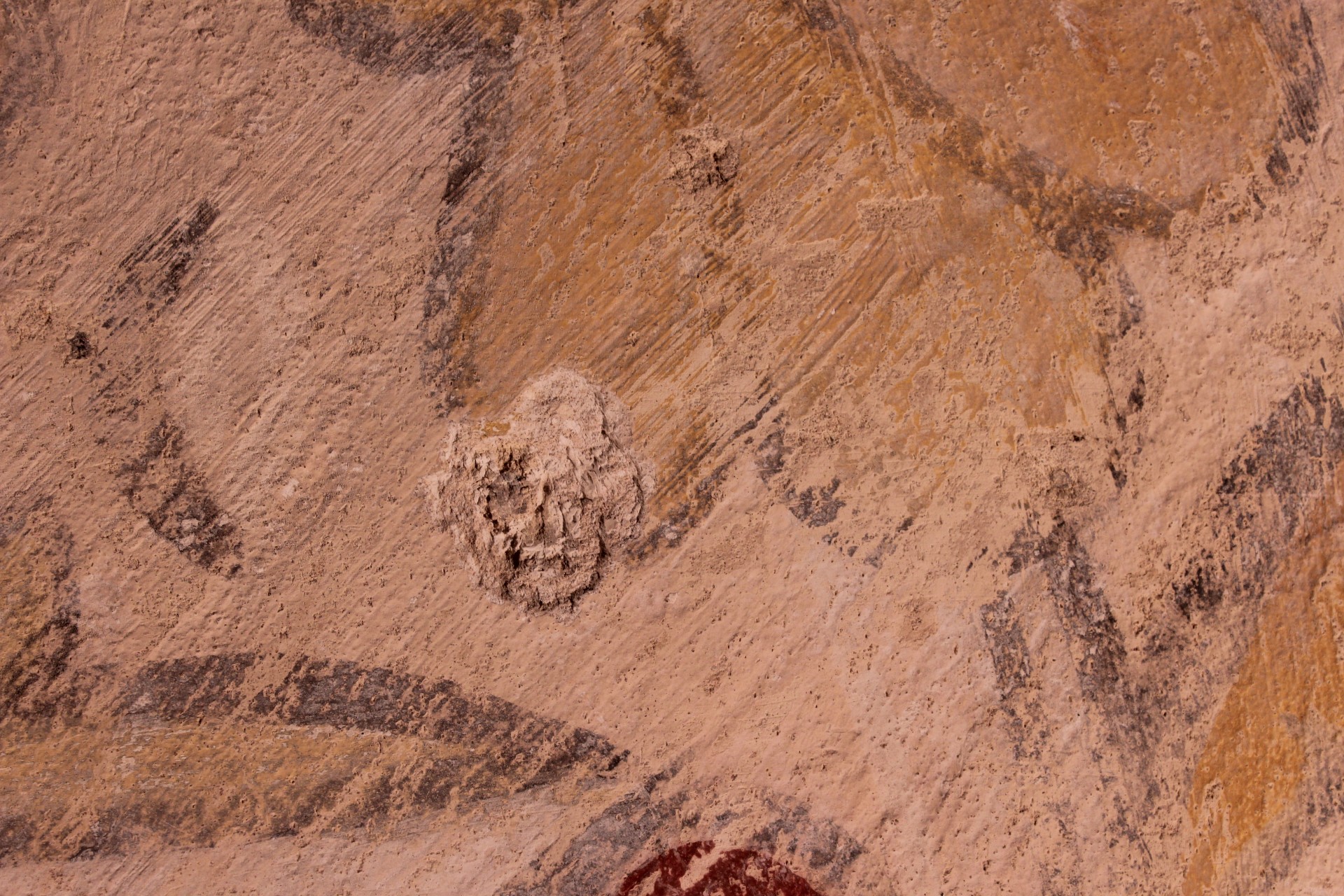 A piece from the Ellys Manor House website on work can be found here: