In Search of a Doom

This was a project in spring 2015 for the Perry Lithgow Partnership, conserving an extremely fragmentary late 15th or early 16th century doom painting in South Newington church, Oxfordshire.

The painting depicts the Last Judgement, typically found, as in this case, in medieval churches above the chancel arch.  This painting was multilayered, and very damaged; the majority was lost.  There was at least one earlier Doom beneath it, as well as fragments of later Post Reformation texts above.  The damage was in part due to the construction, repeated failed areas and repairs; and in part to history, with later paintings painted on top of of old as styles and conventions changed, followed by covering over after the Reformation, and finally a very rough uncovering in the early 20th century.

The conservation treatment focused on consolidation of all vulnerable areas, plaster repairs, and then cleaning and delicate uncovering, where limewash obscured many details.  The process revealed a lot of details not previously been visible, and as more elements and islands of paint were discovered the layout and elements of the painting became clearer.  The left hand side of the painting was better preserved, with scenes of souls being raised from their coffins, and St Michael with the weighing scales clearly visible.  There were fragments of devils, flames and souls in Hell on the right hand side. Between and above these scenes were fragments of the figures of the Virgin Mary, St John the Baptist, and the Apostles (some of whom could be identified by surviving traces of their attributes).  There were traces of trumpeting angels at either side, and at the top of the painting was remains of the figure of Christ.

As well as stabilisation, cleaning and reintegration, a large part of the project involved the production of a drawing to aid interpretation to viewers and visitors to the church. Below is an overall photo, and one with the drawing produced by Richard Lithgow overlaid, well as some photos of individual details.  An illustrated timeline of the project can be found on the link below: 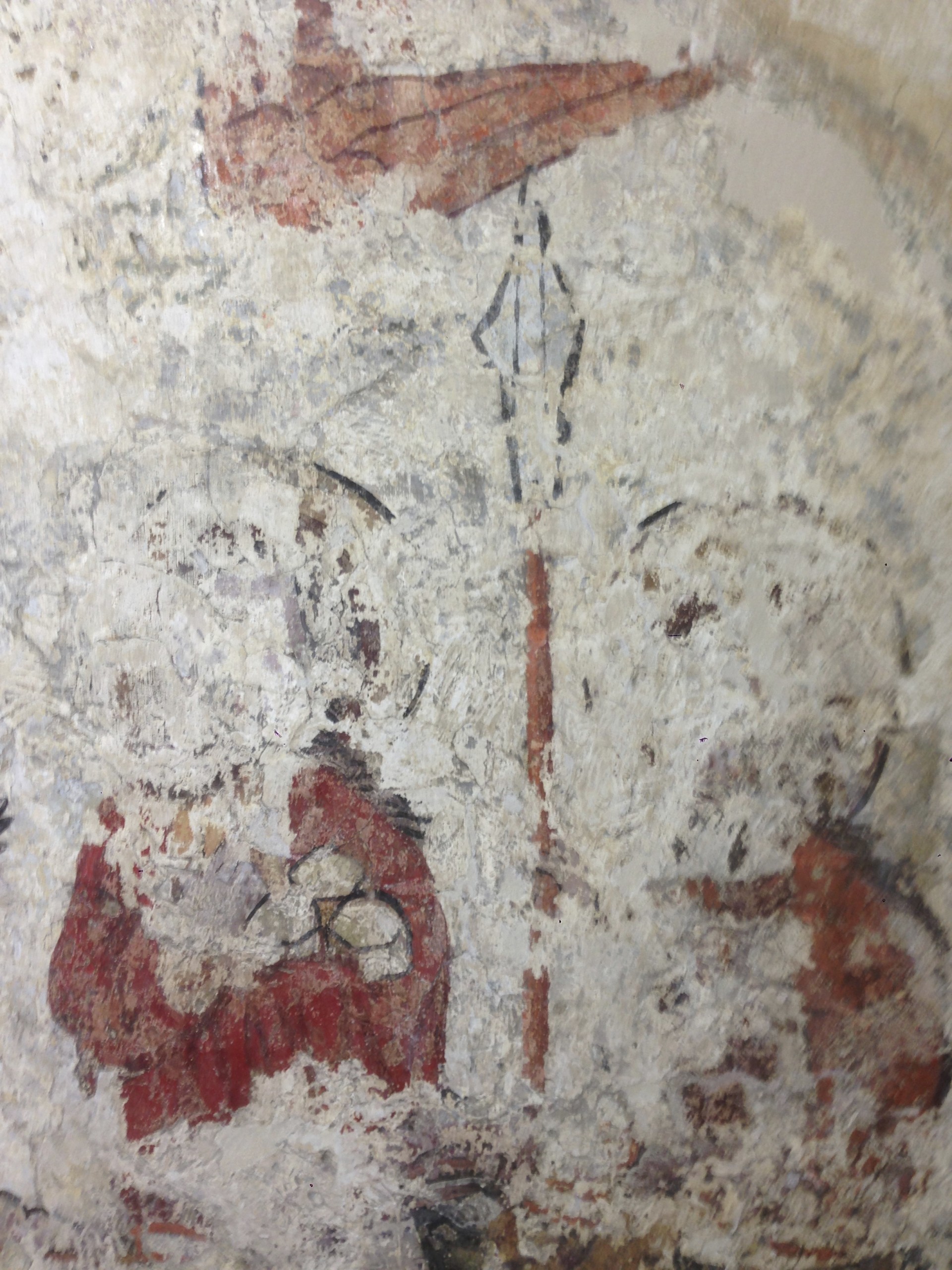 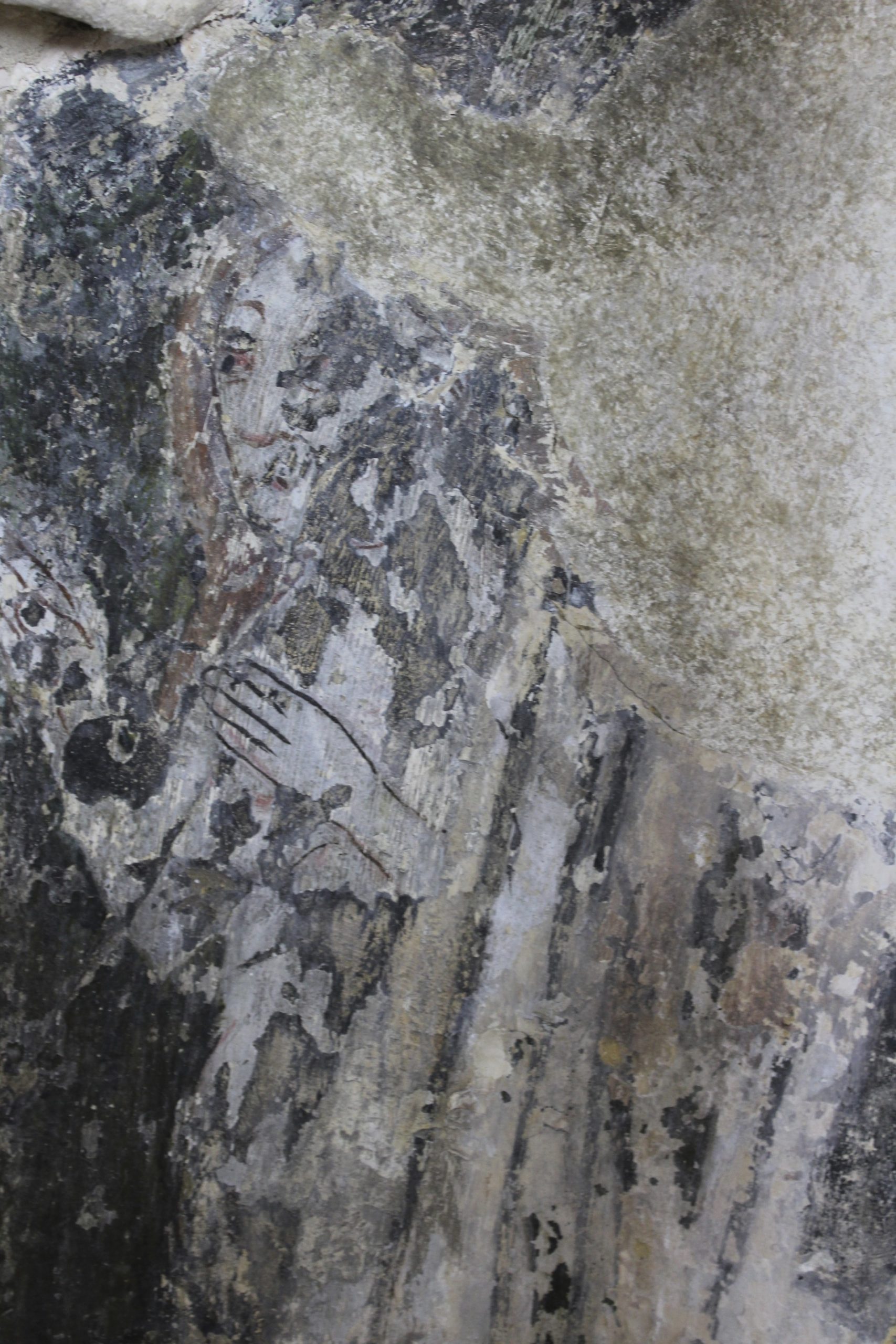 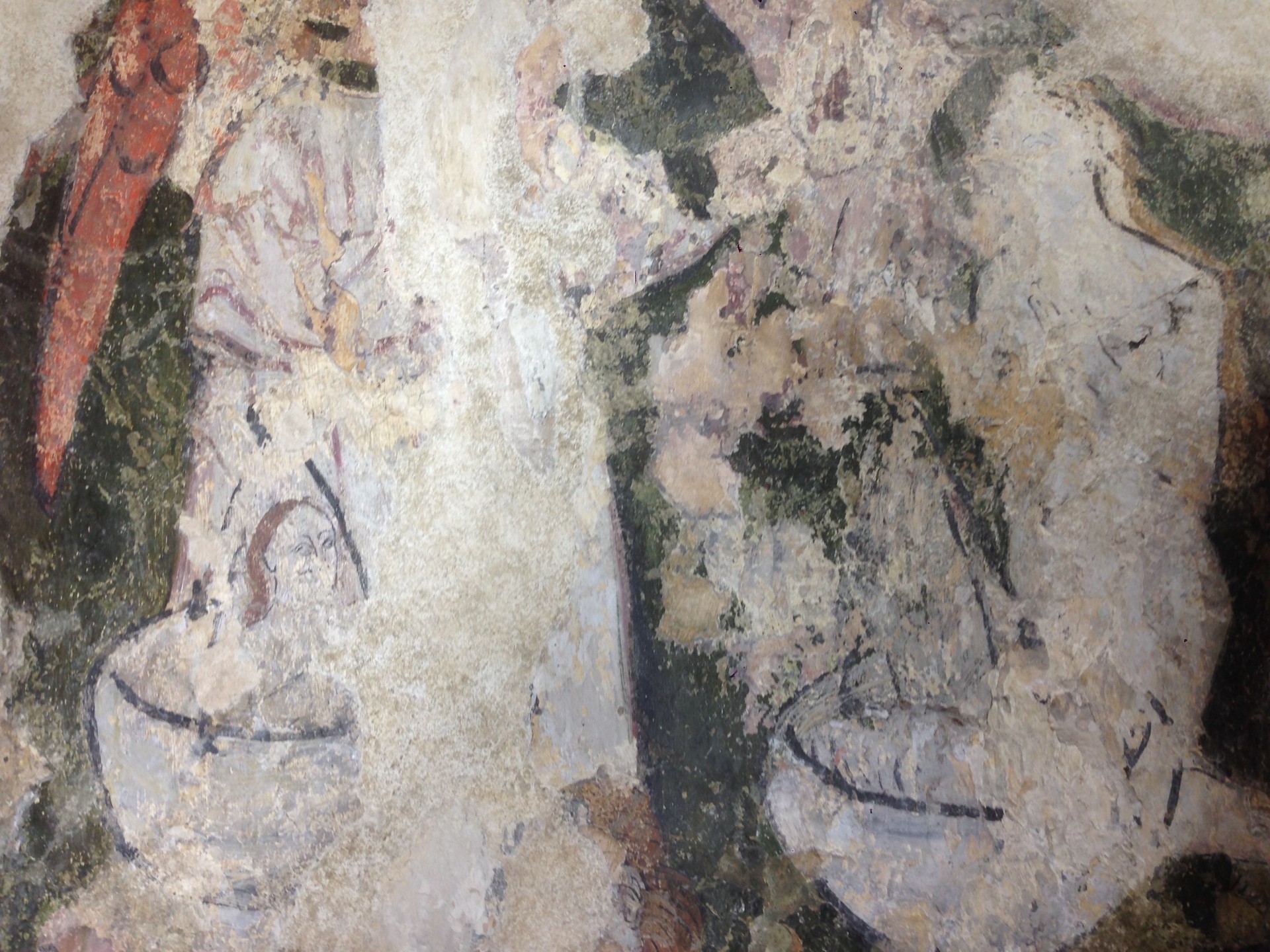 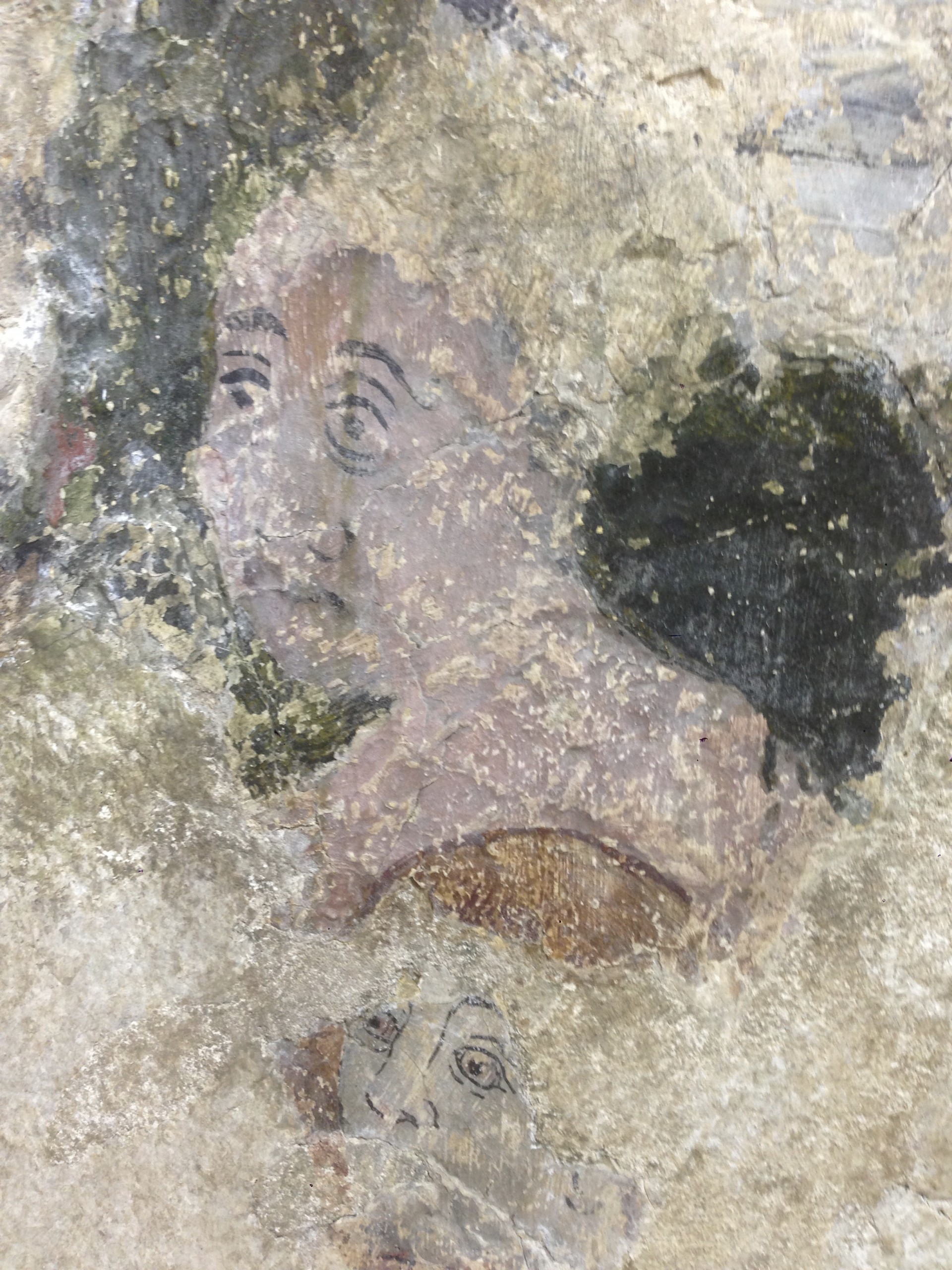 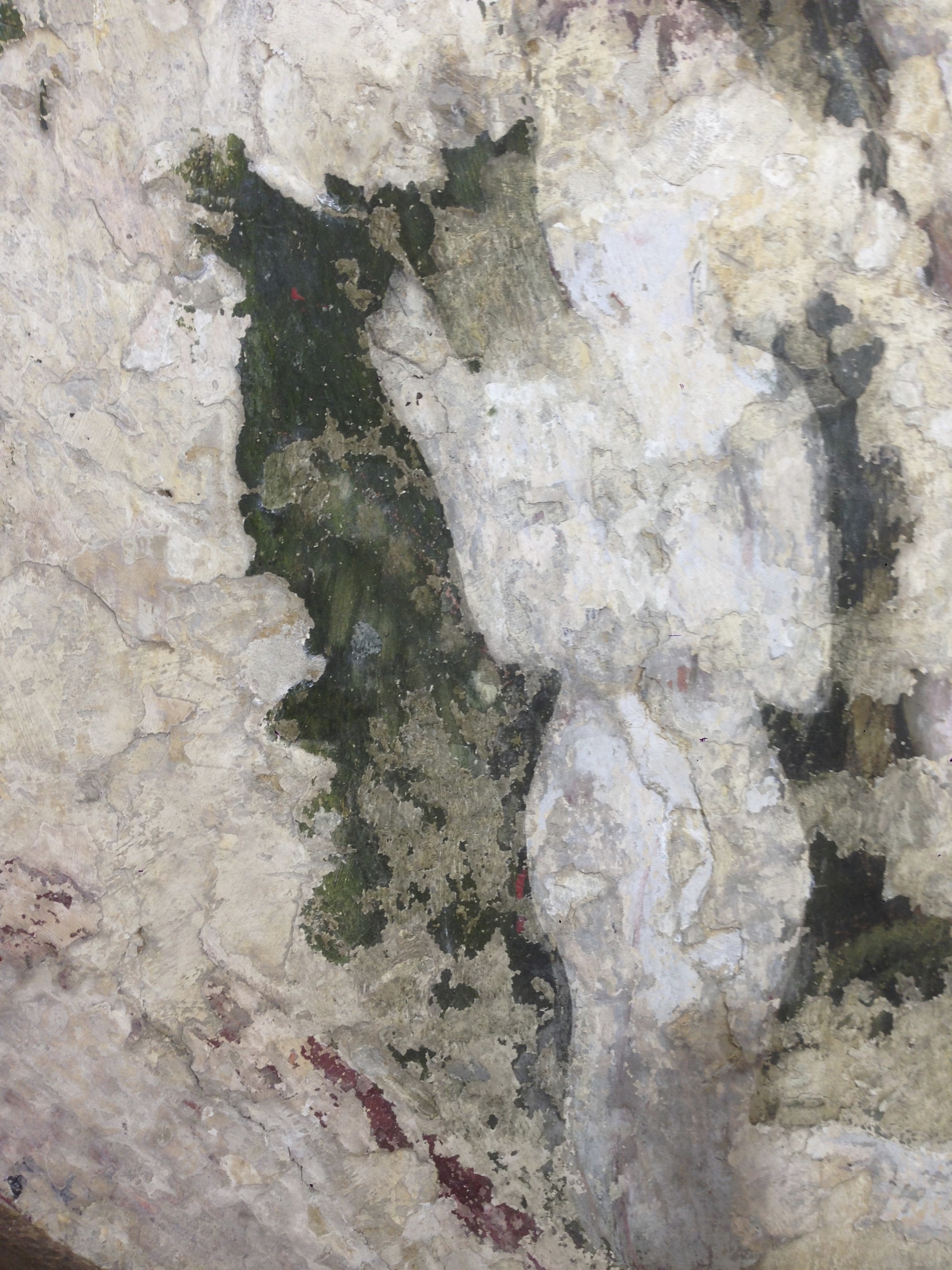 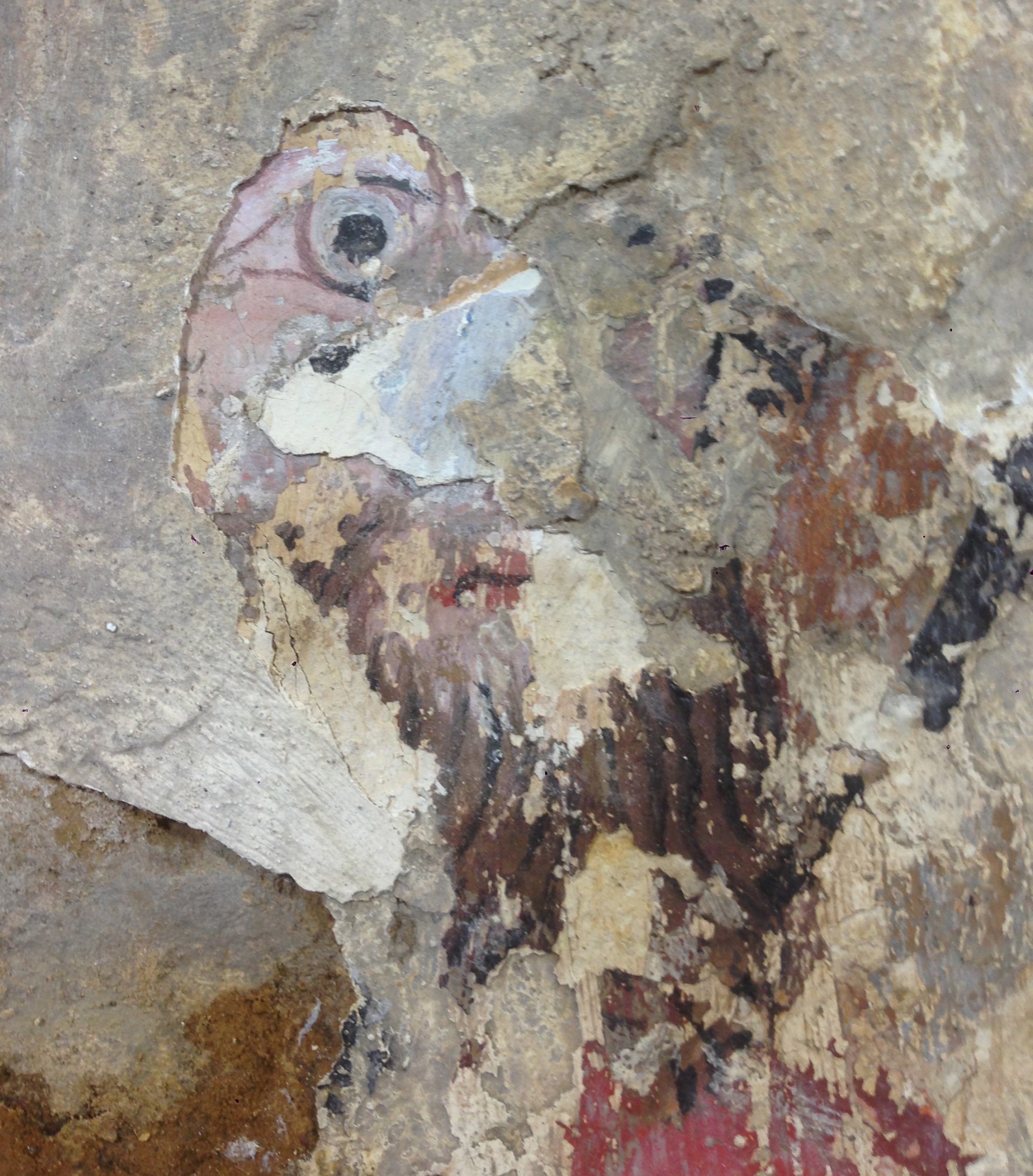 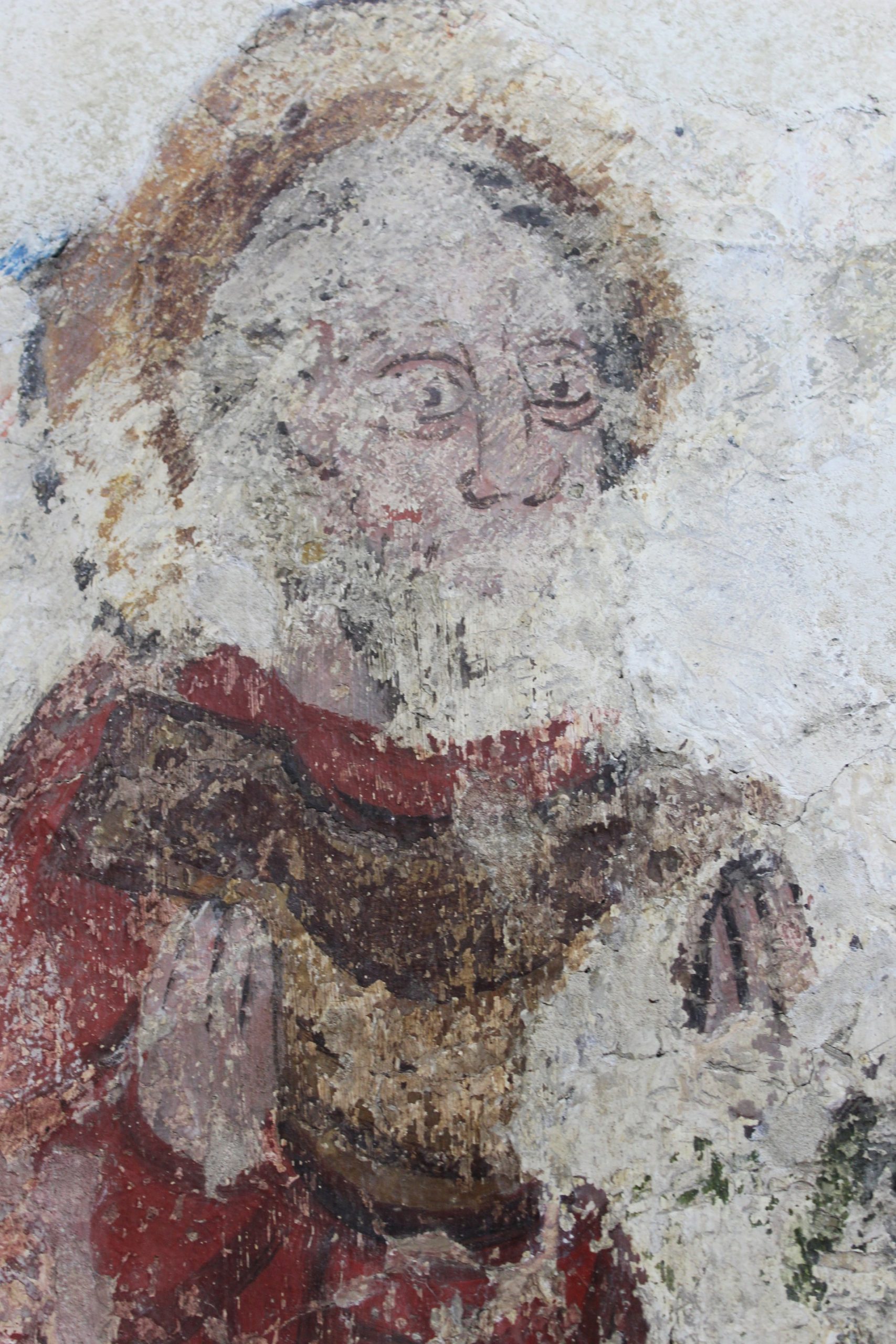 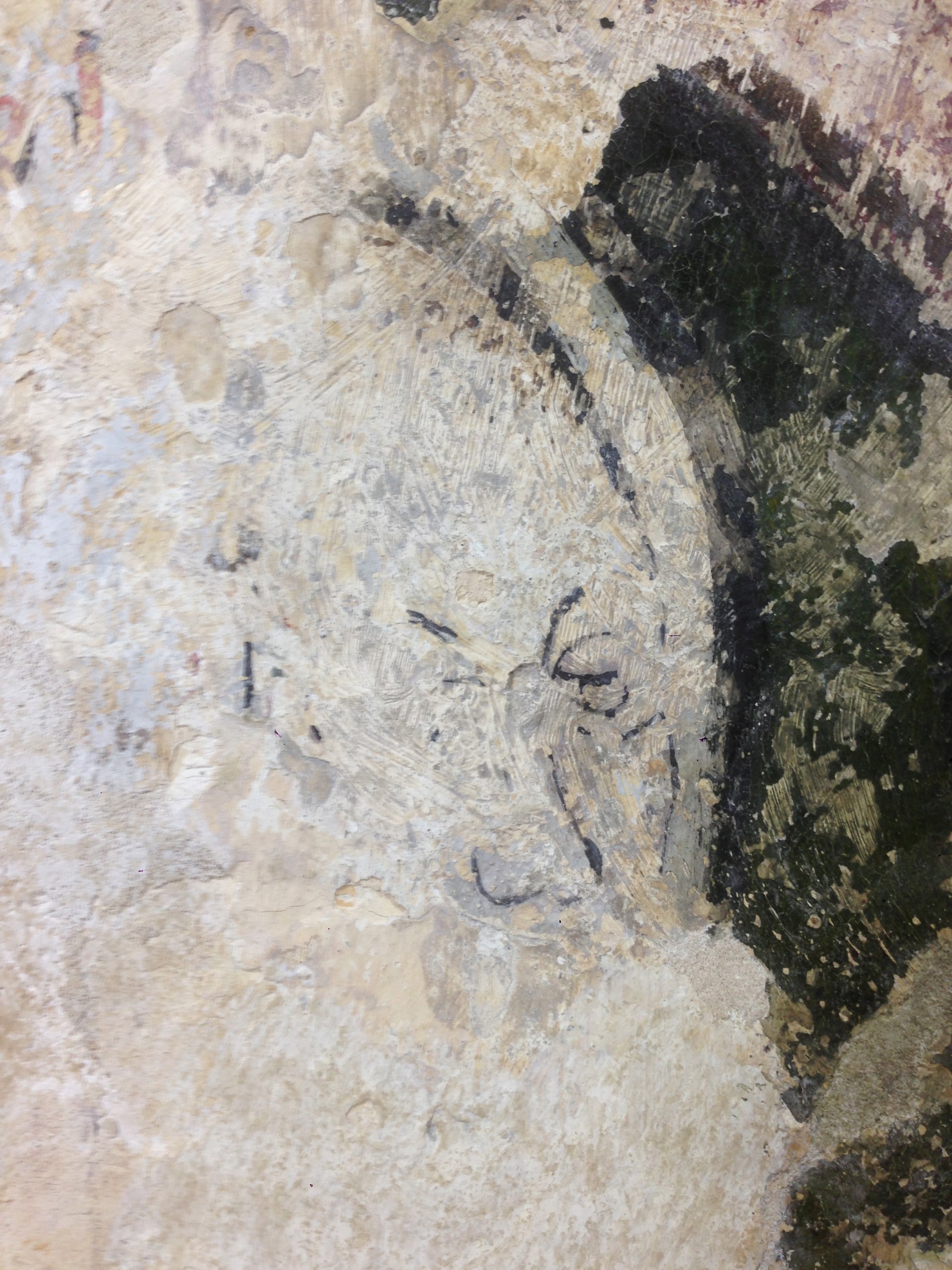 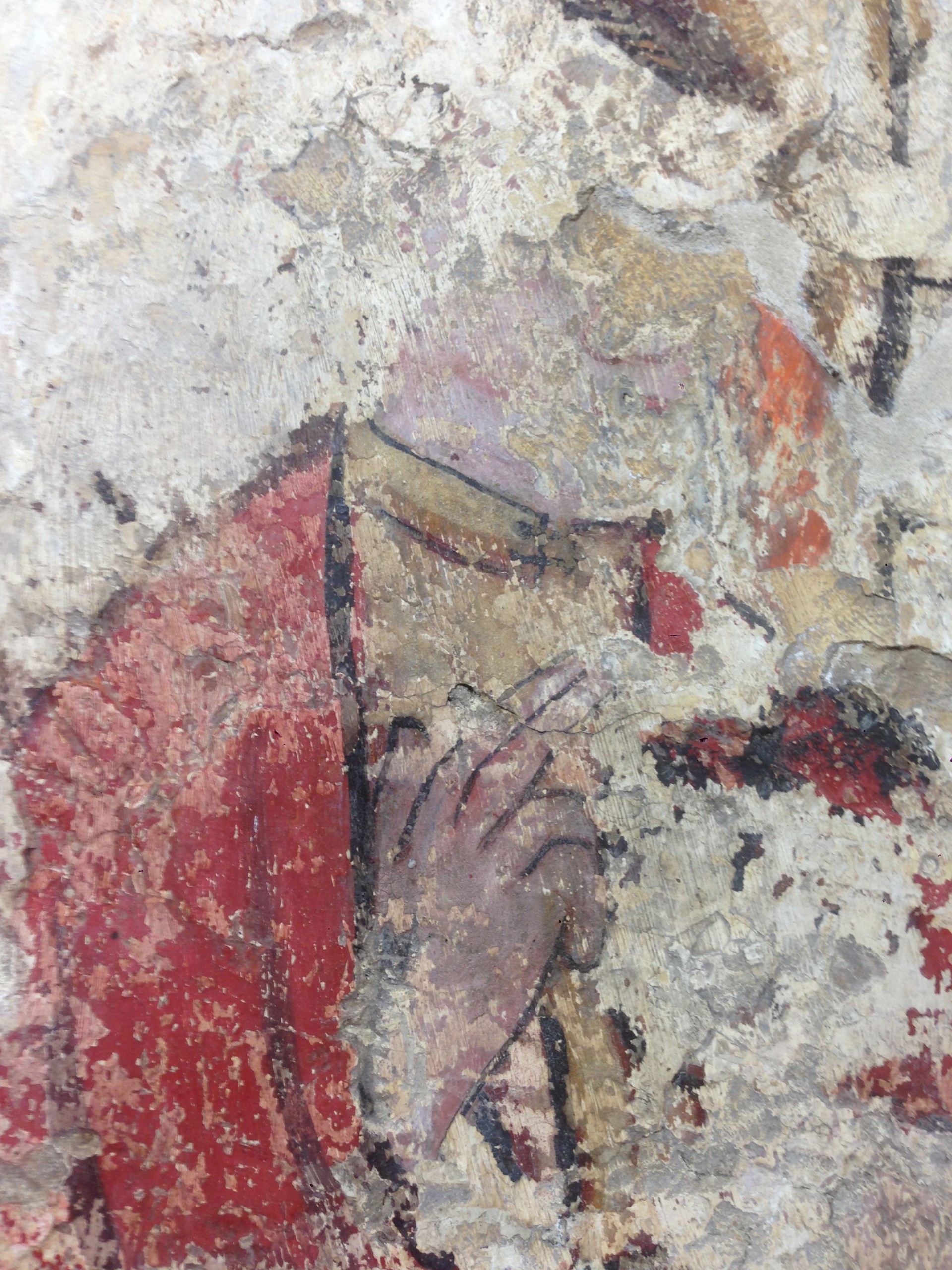 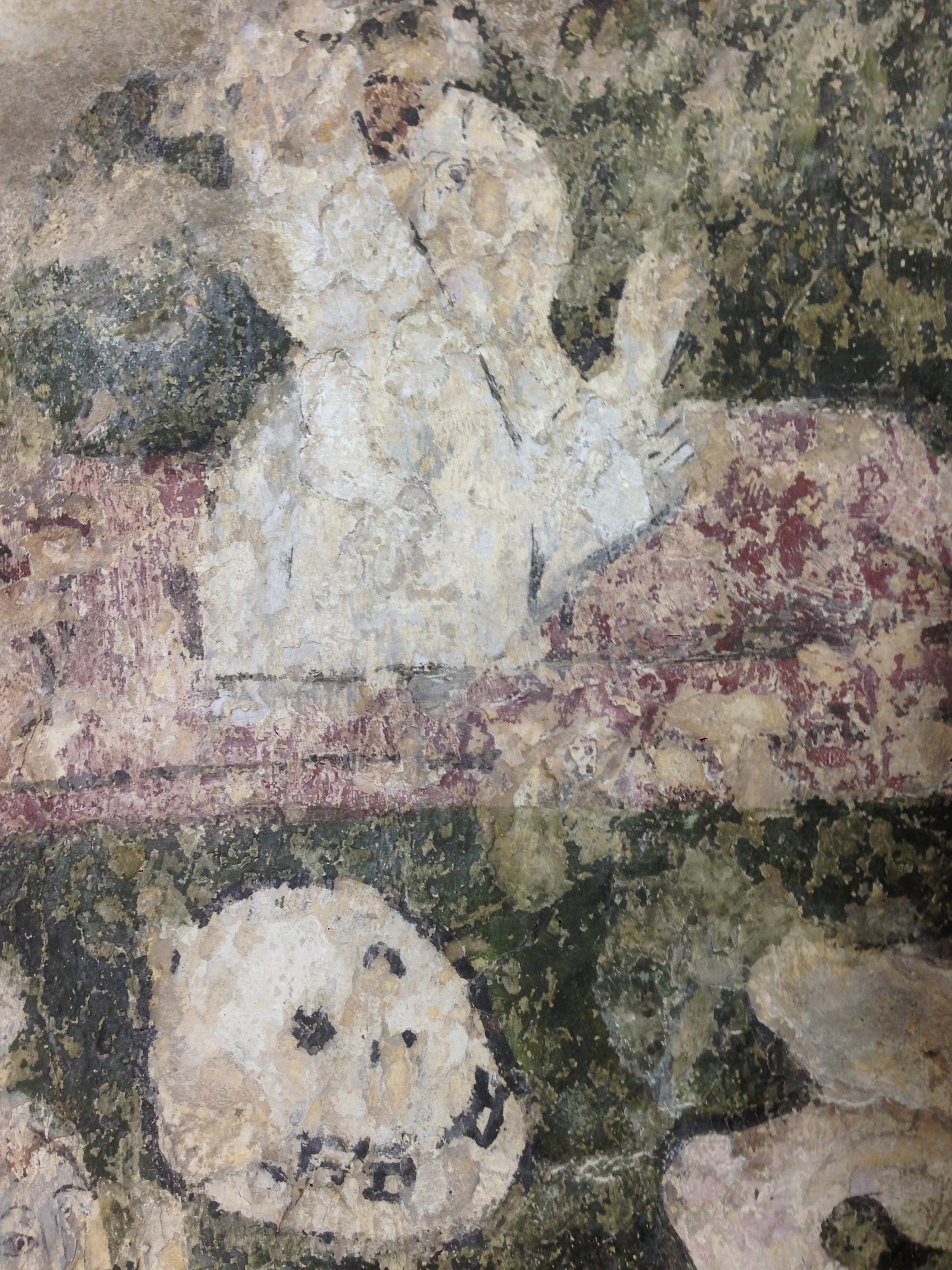 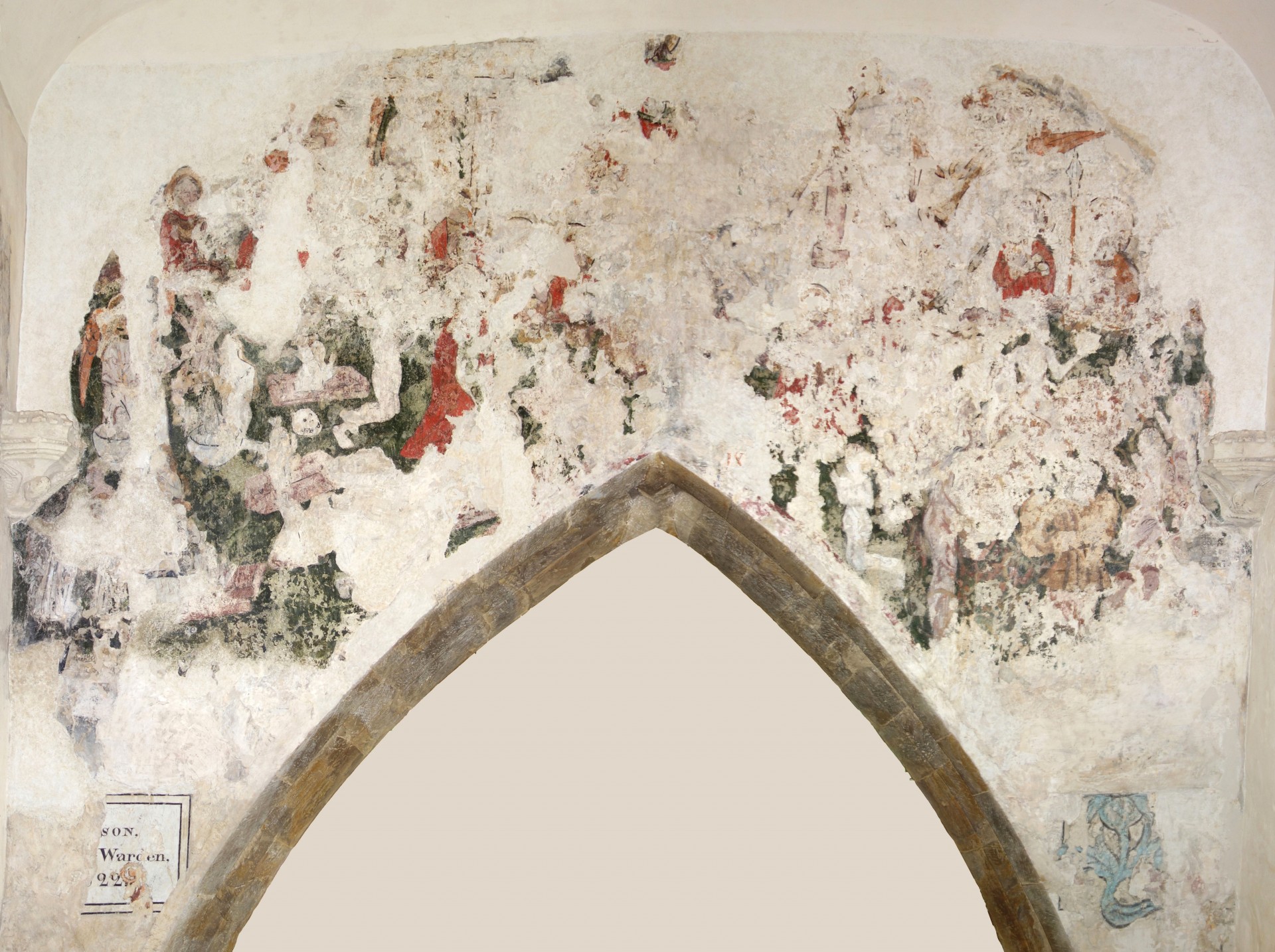