This was a project in the summer 2014 with Tobit Curteis Associates on the conservation on the upper part of a painting from the 1940s. It was part of a larger project to preserve and reinstate the medieval church of St Martin’s in Bilborough, Nottingham.

The painting, an Annunciation with the figures of Mary and the angle Gabriel, set against contemporary local backgrounds – including the church and the farmhouse next to it at the time, was by the artist Evelyn Gibbs.  It had been ‘lost’ (half absorbed into a new roof space and half painted over) in drastic conversions to the church in the 1970s.  We conserved the surviving upper parts of the paintings, which were covered in a dirt layer, with damage including flaking, salt damage, abrasions, as well as pencil graffiti. The lower parts, covered with a tightly bound emulsion paint layer, were recreated by a conservation artist.  Here is a little film about the project:

And here are some images of the conservation process: 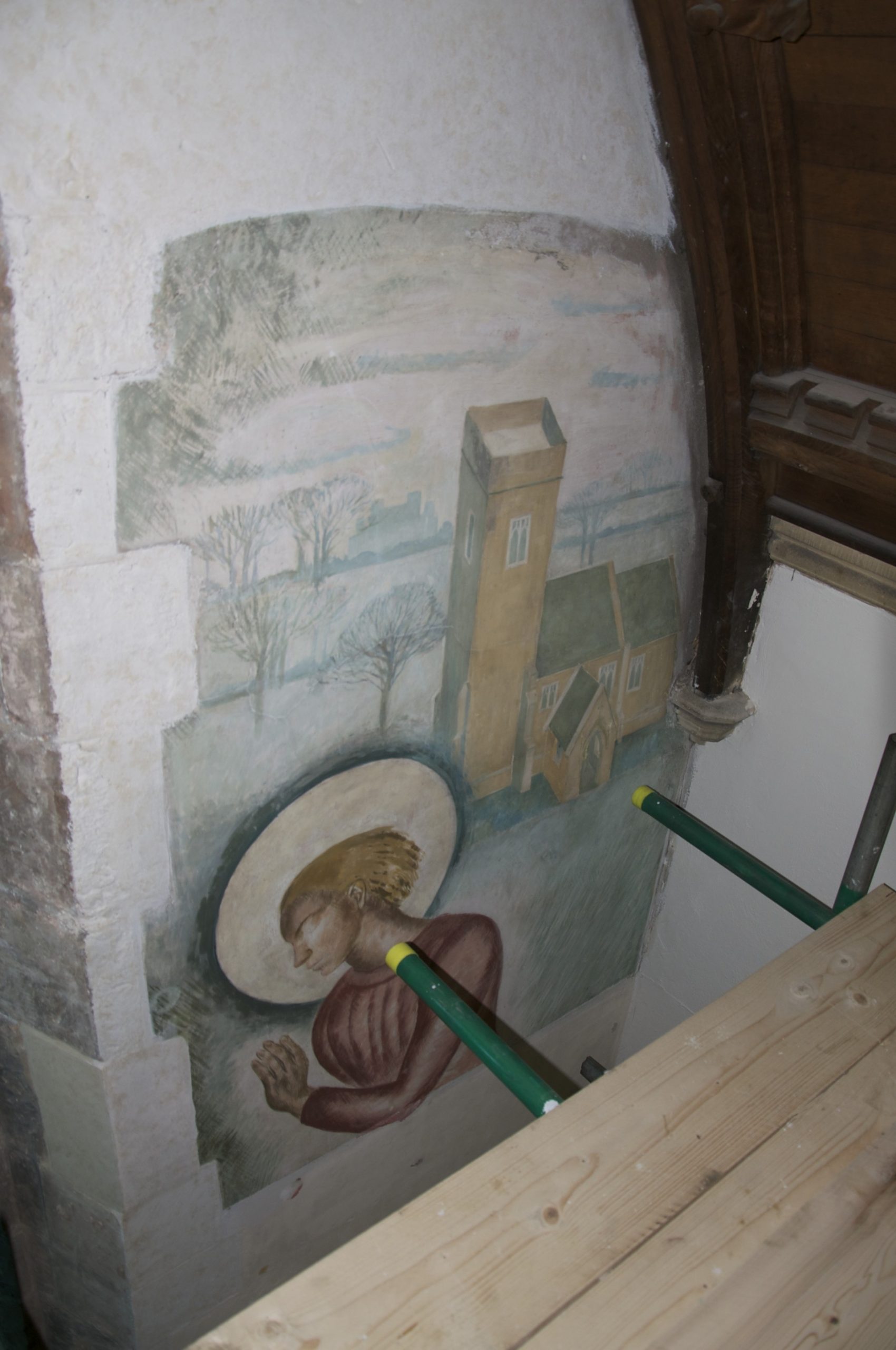 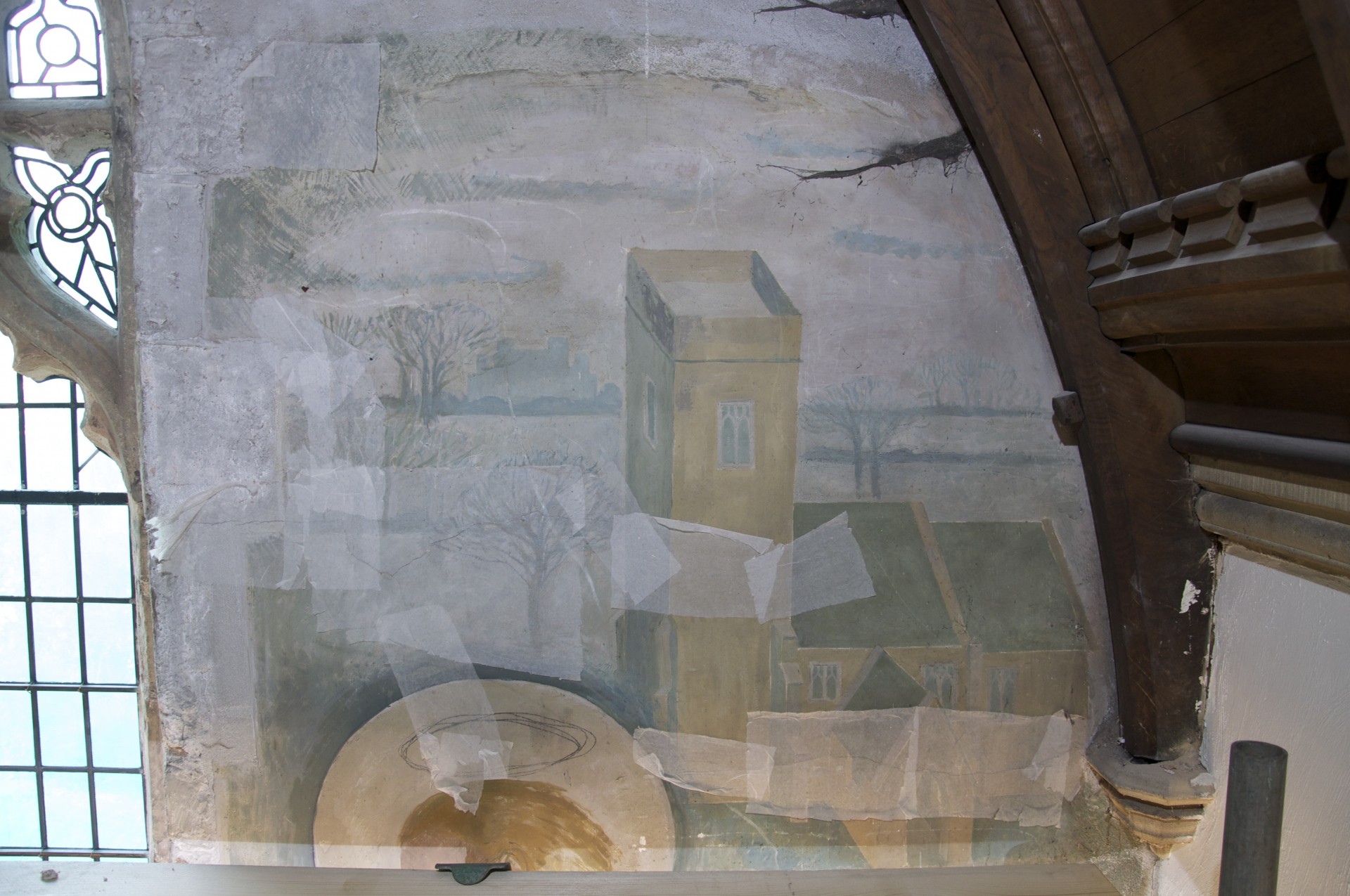 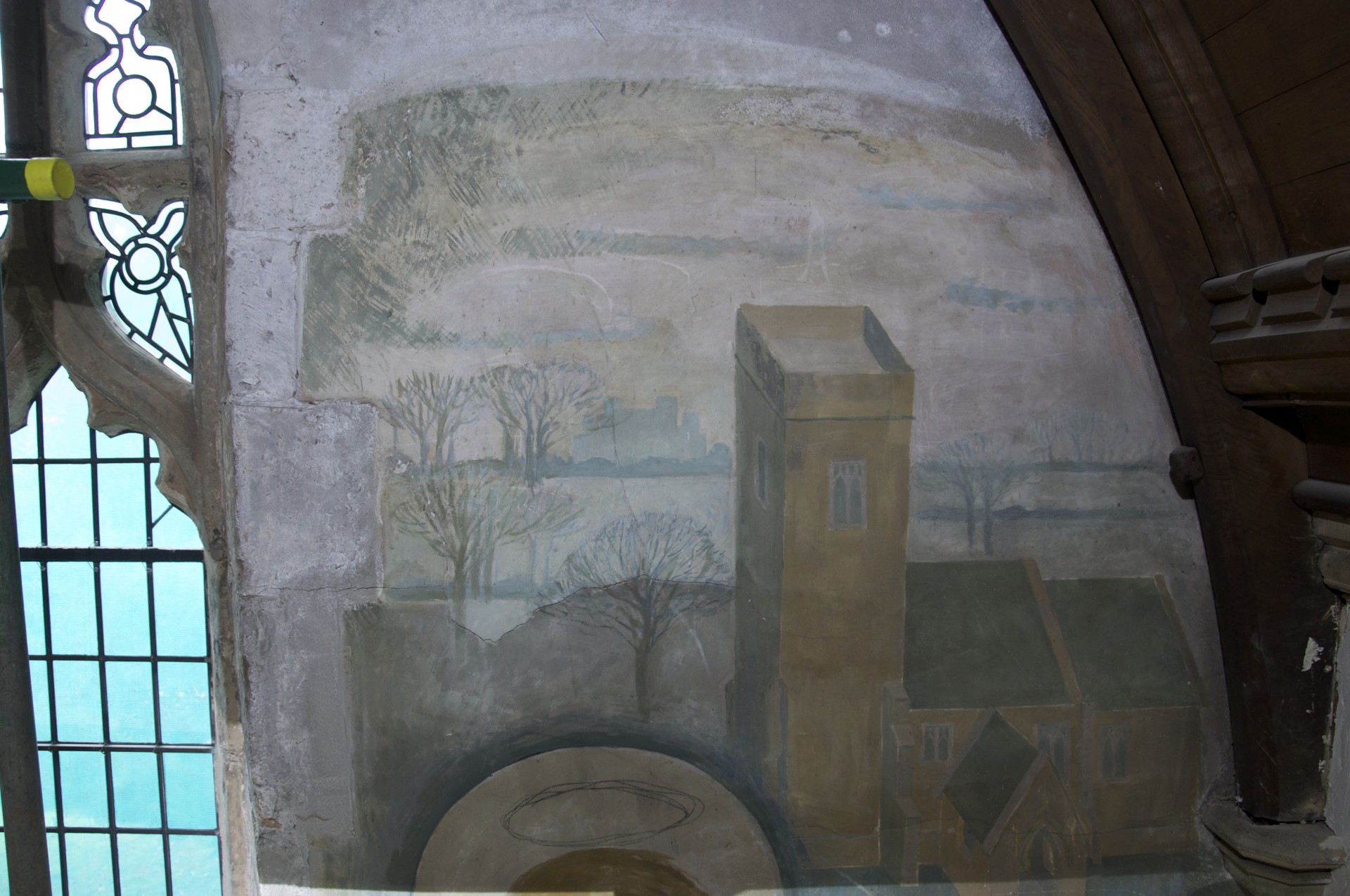 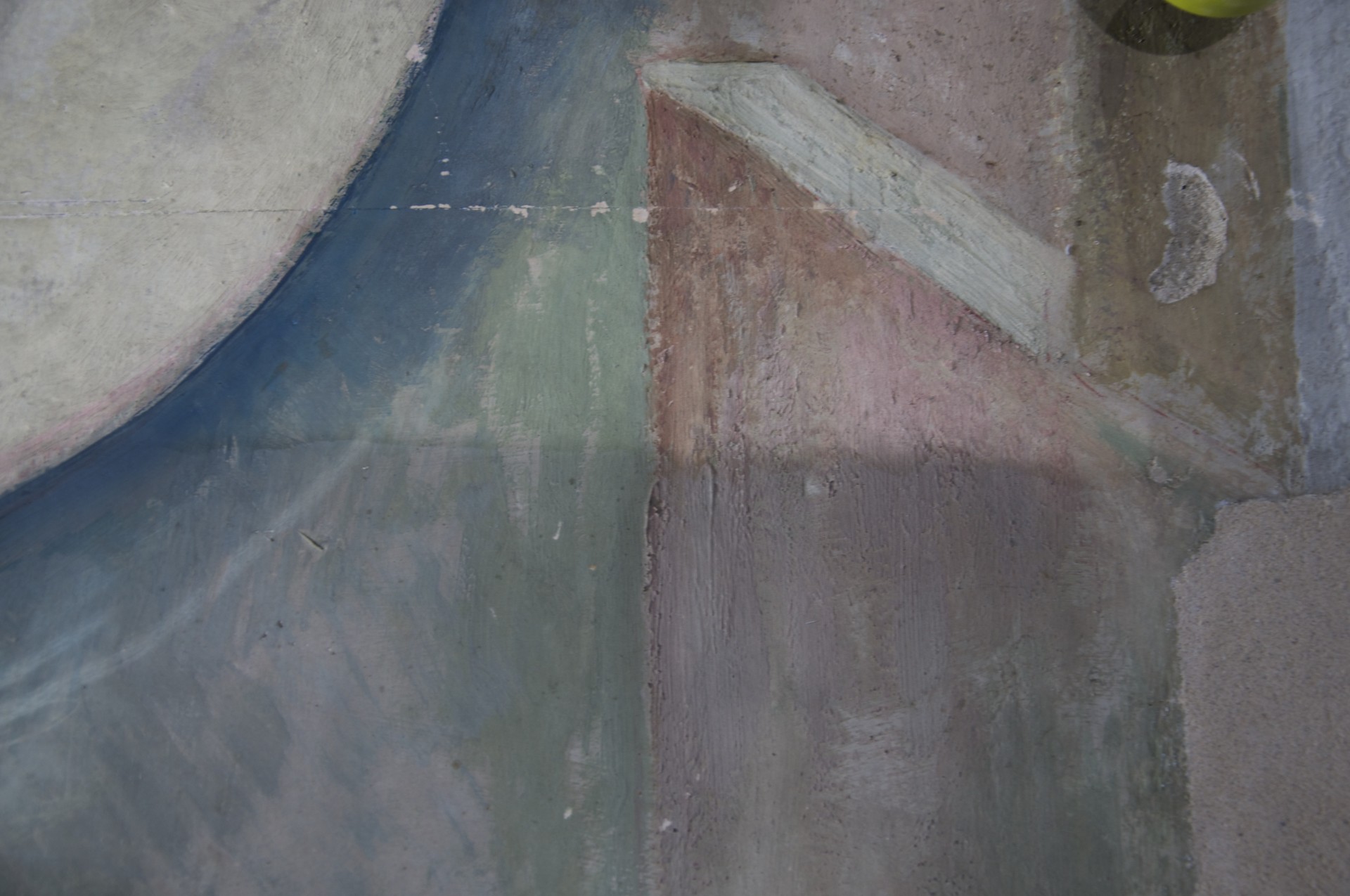 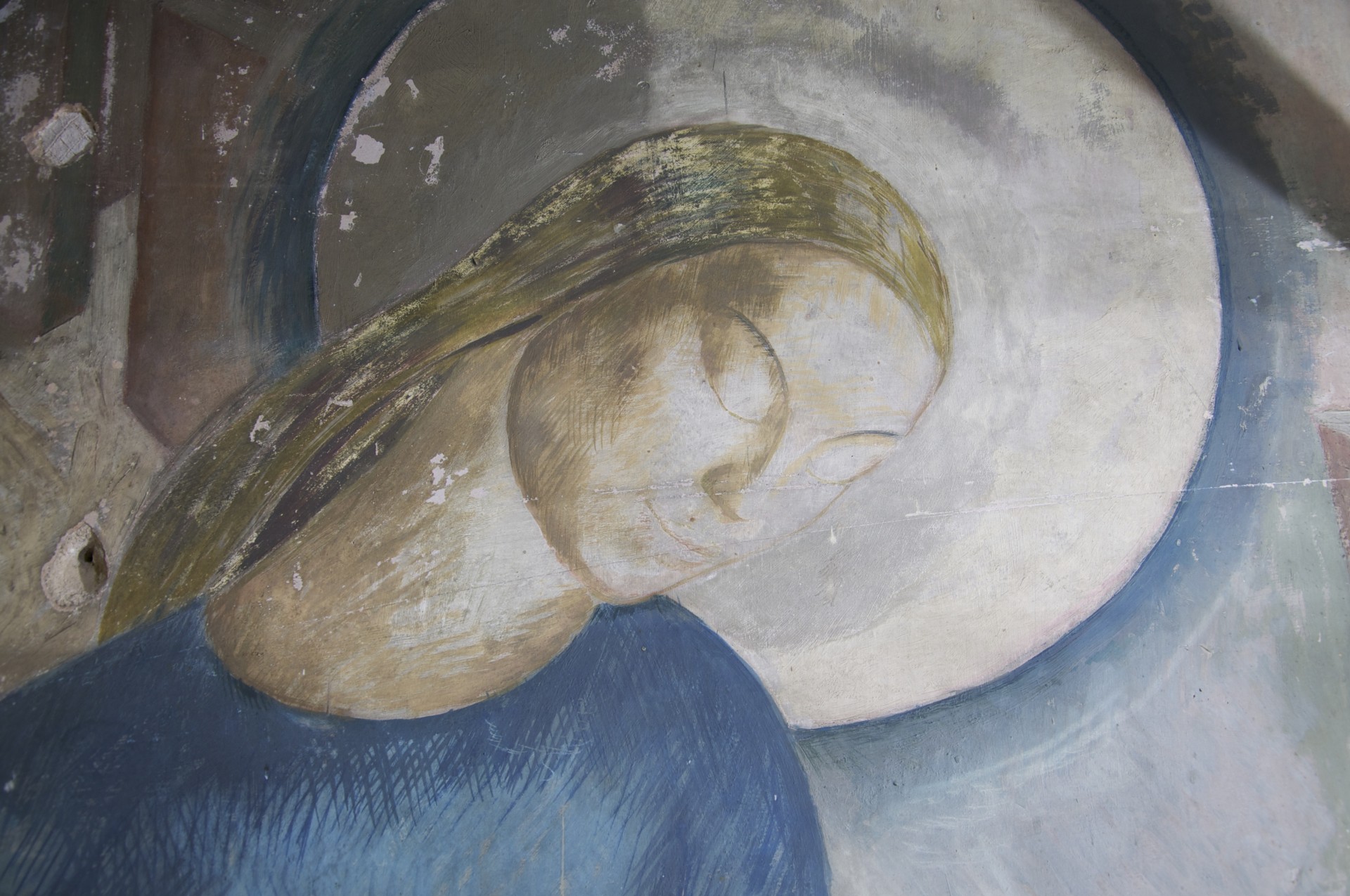 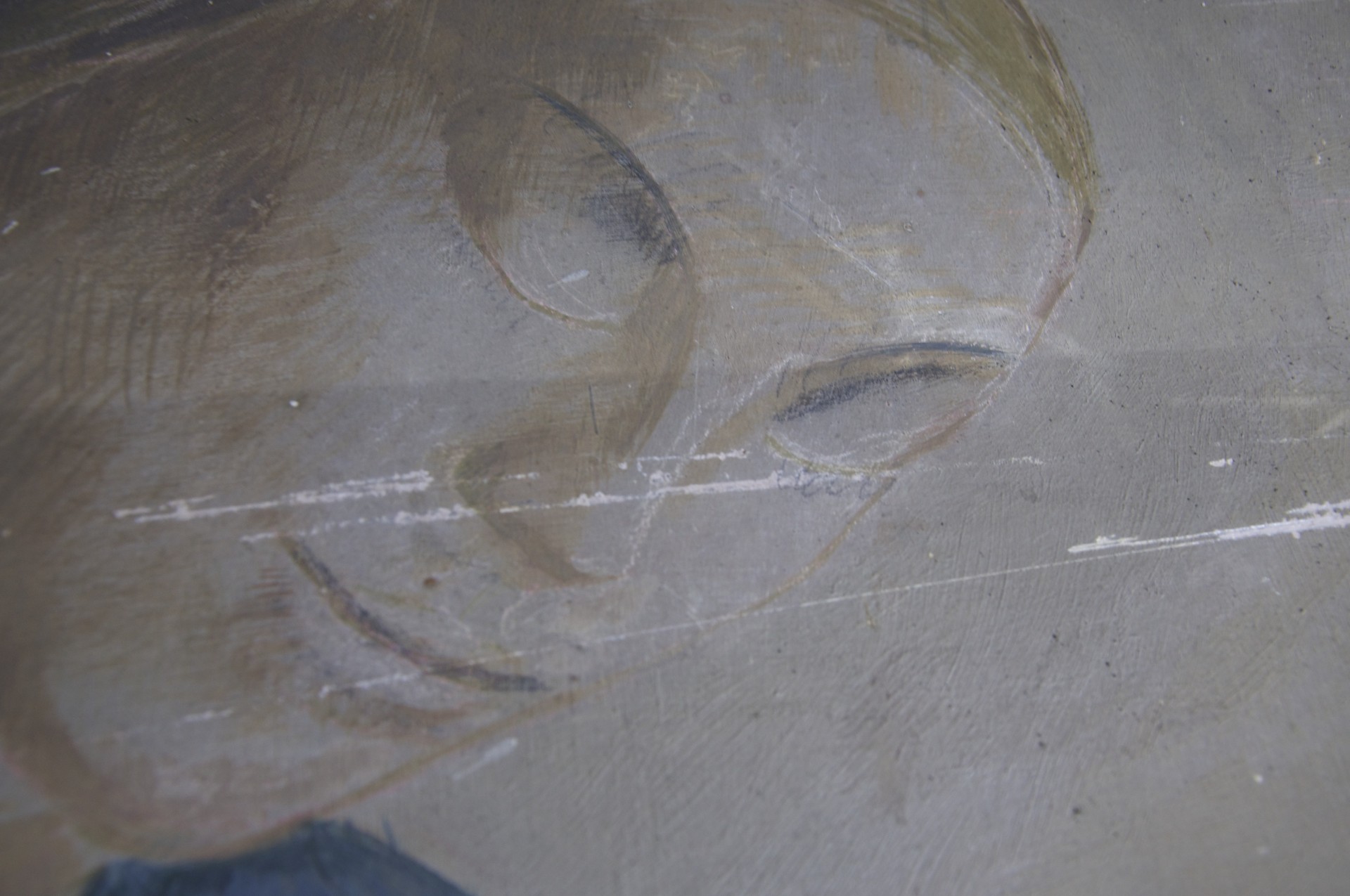 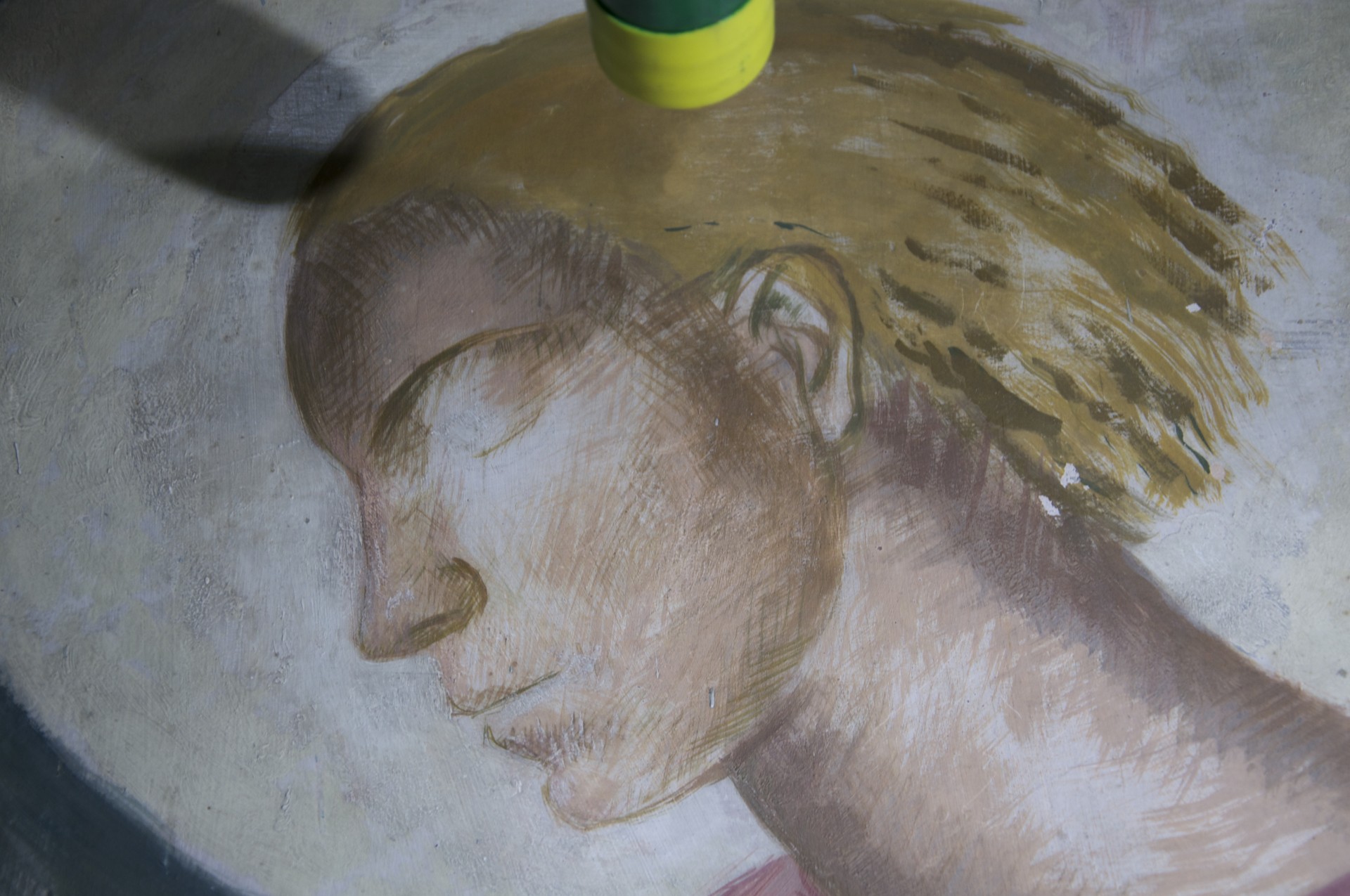 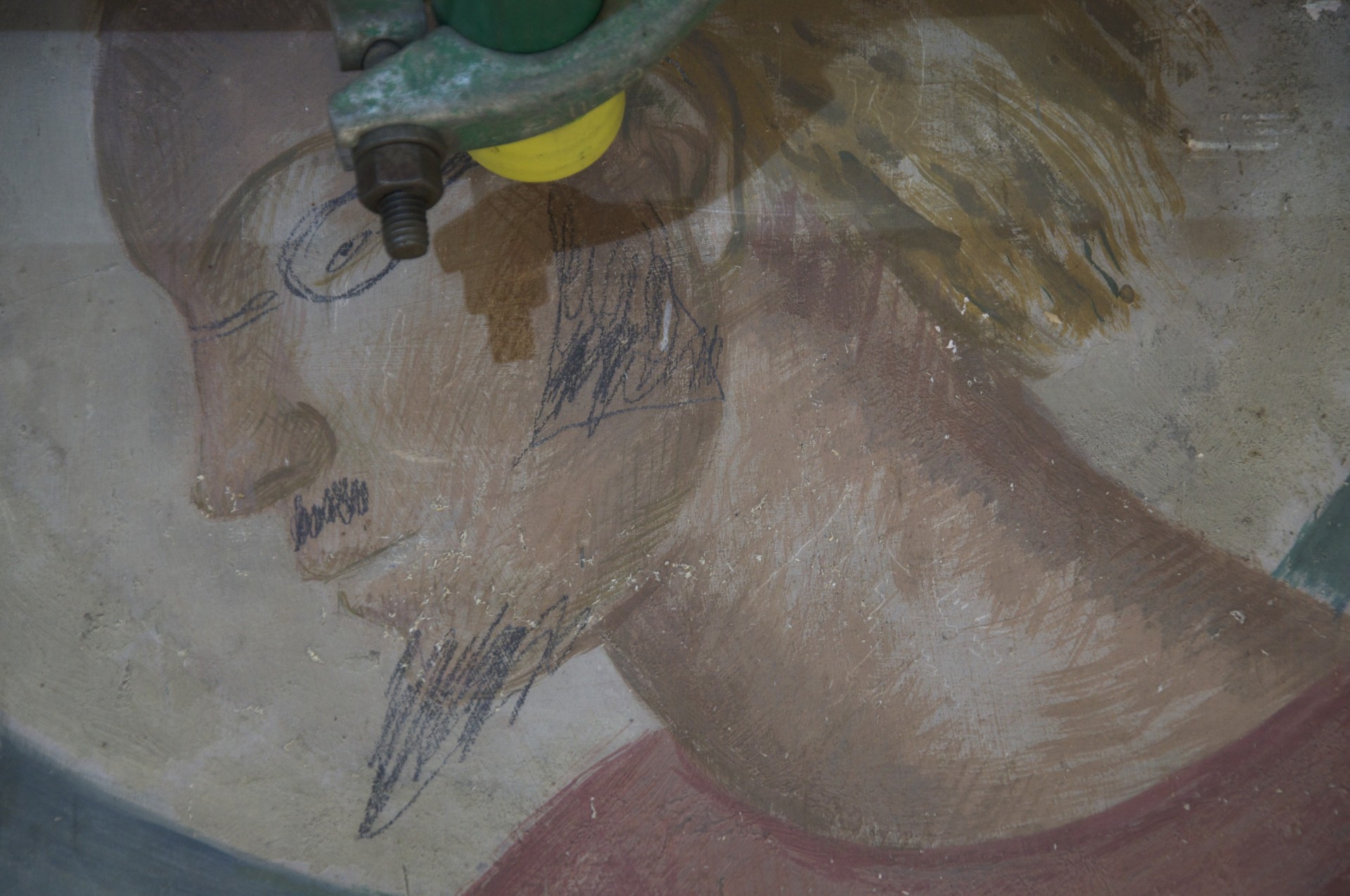