This polychromed terracotta half-length figure of the Sorrowing Virgin in a private collection was thought to be based on similar busts by Pedro de Mena (1628–88). Cross-section and pigment analysis revealed two consecutive overpaint layers covering the original polychromy, which was largely intact. Tests revealed that it was possible to remove the disfiguring overpaint layers to reveal the original decorative scheme safely, by scalpel, under magnification. The overpaint layers were therefore carefully removed, using this method, to reveal the original scheme. Consolidation and fixing of flaking or detachments of the original layer was also carried out, as necessary, as part of the conservation treatment, as were small repairs to areas of loss or vulnerable edges to secure and stabilize the piece. 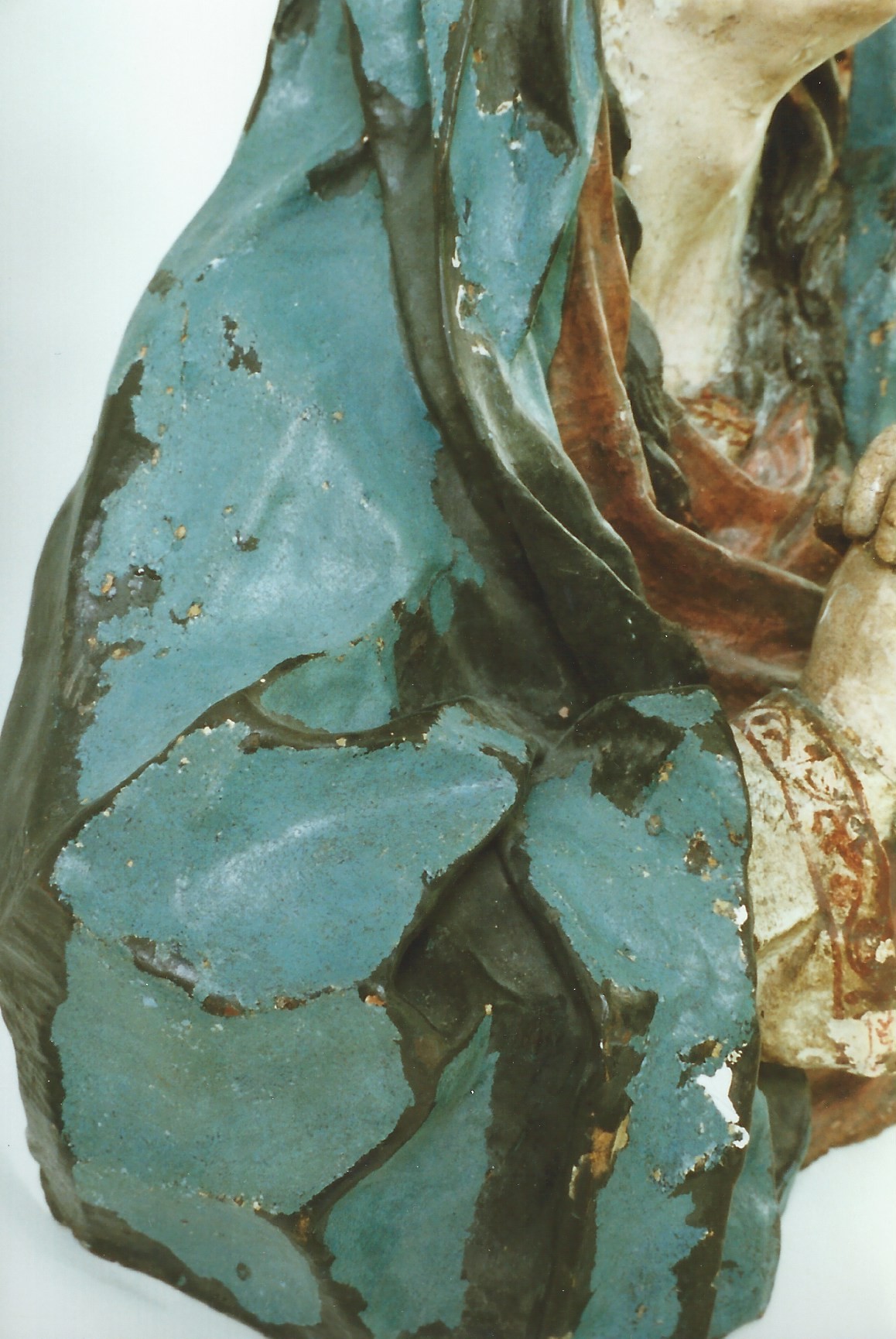 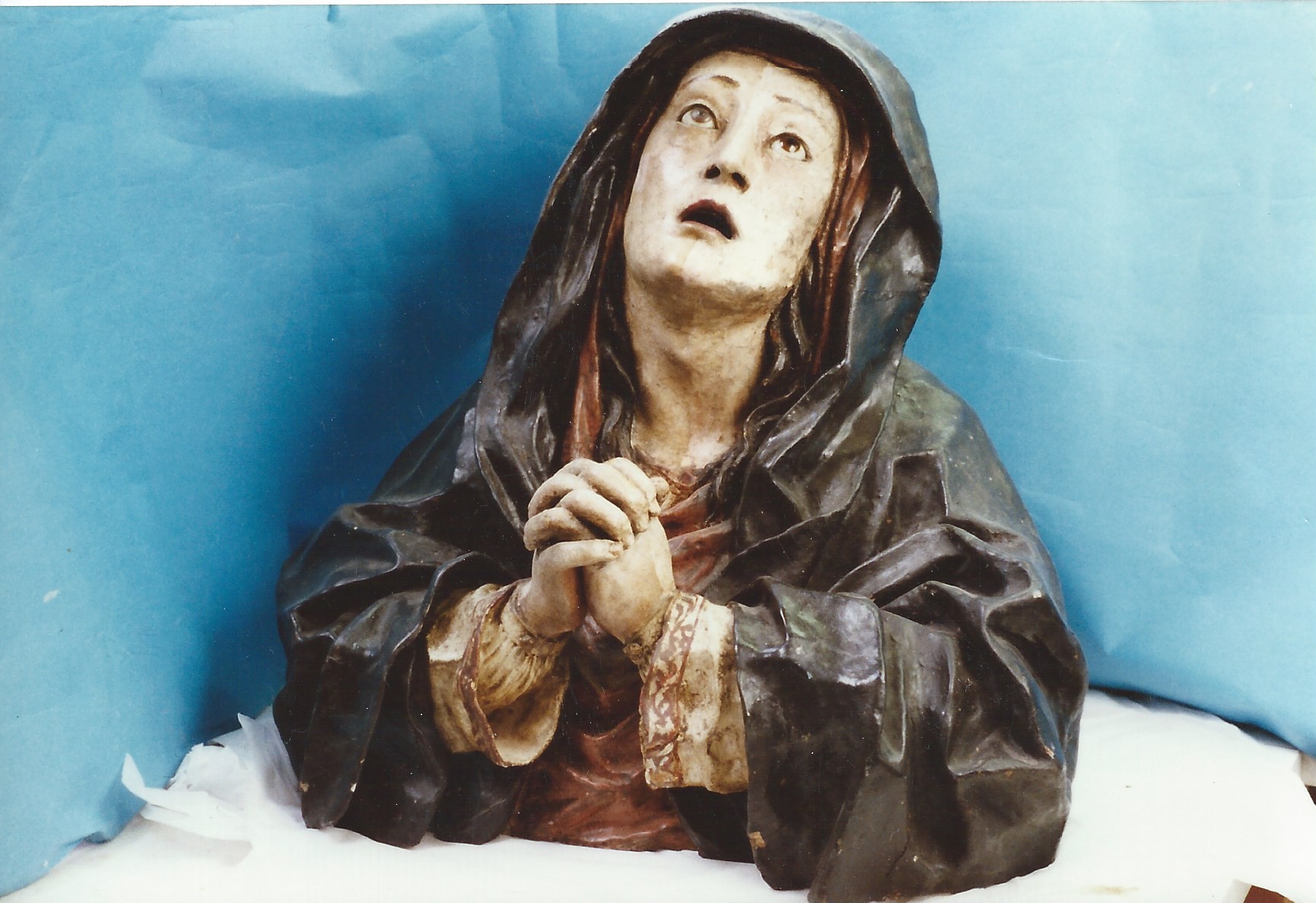 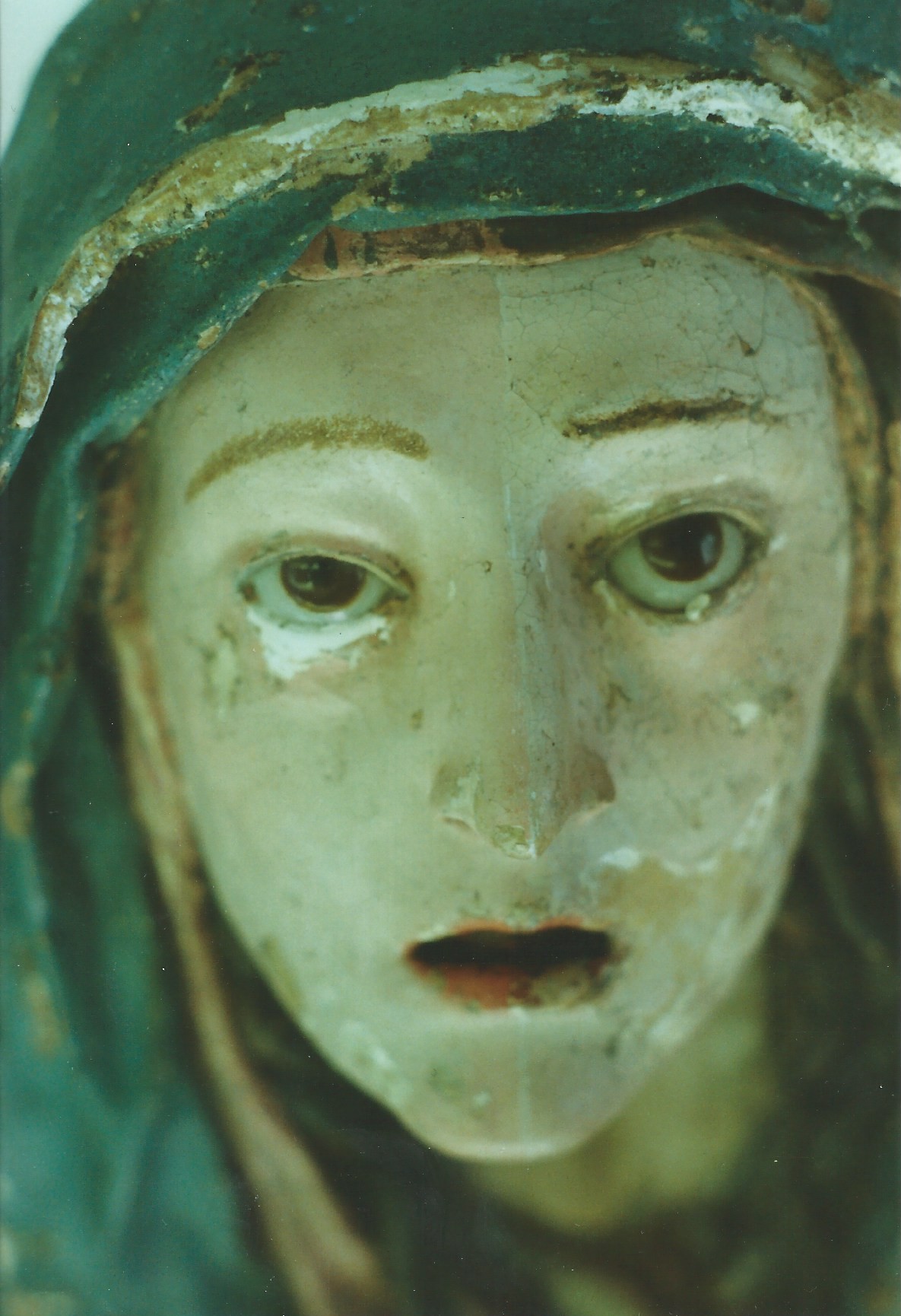 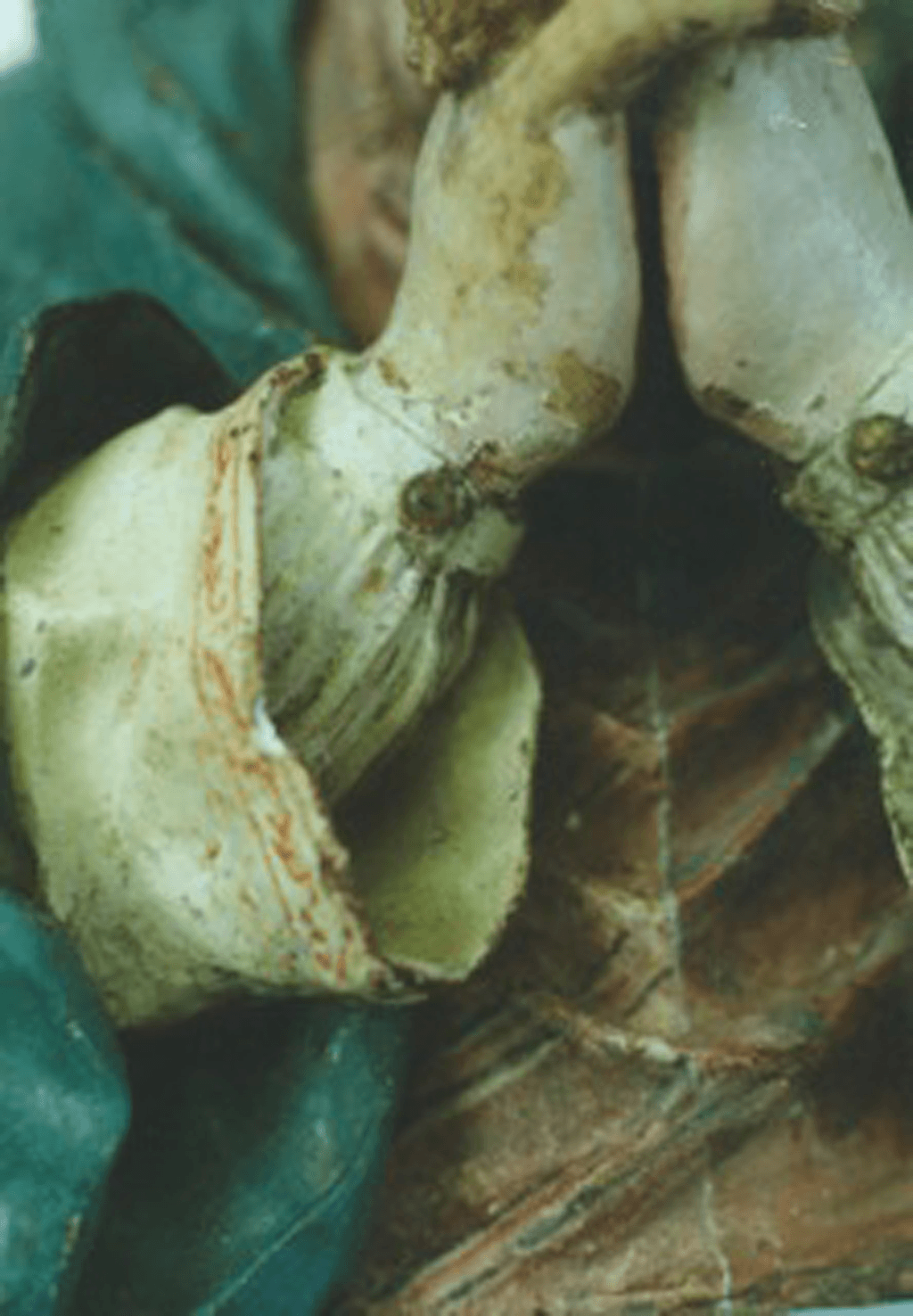 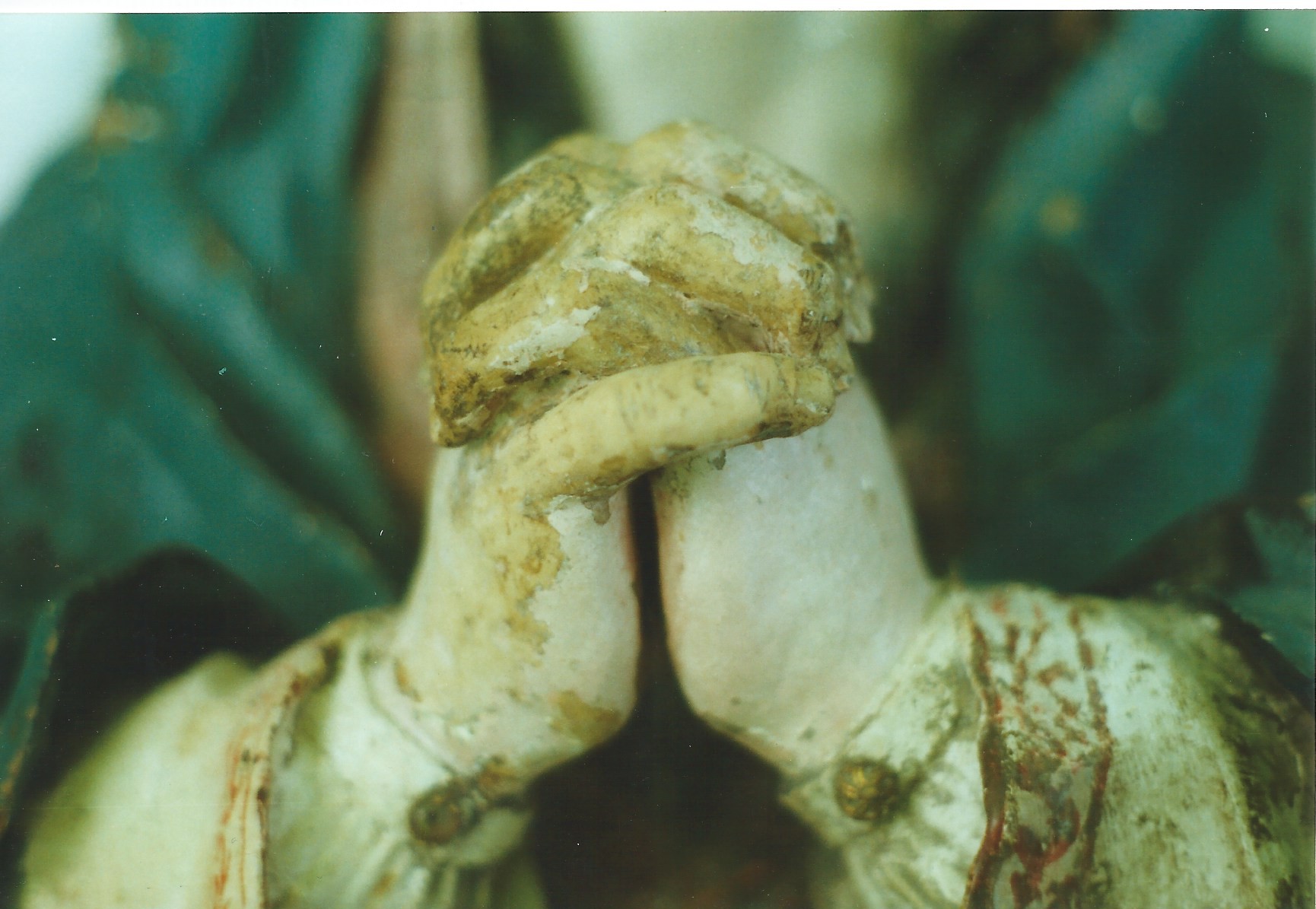