This was a large project in 2013 as project manager and conservator for Tobit Curteis Associates, in William Morris’s house in Bexleyheath. It focused on conserving a partially hidden and very damaged Pre-Raphaelite wall painting, previously covered by a built-in cupboard and wallpaper. The work included uncovering it from beneath the wallpaper layers, stabilisation of the paint, cleaning, fixing, repairs, and reintegration of the losses so the whole painting is stable and reads coherently.

As part of the same conservation project a series of Burne Jones wall paintings in the drawing room were also lightly cleaned; flaking and powdering paint was fixed, minor repairs were carried out, and areas of loss were toned in. The original decorative schemes above and below the Burne Jones paintings were revealed, conserved and reintegrated at the same time. The schemes had been covered by panelling and wallpaper.

Both the conservation interventions, but in particular the conservation of the previously hidden wall painting, received a lot of press attention at the time, below are a couple of examples: 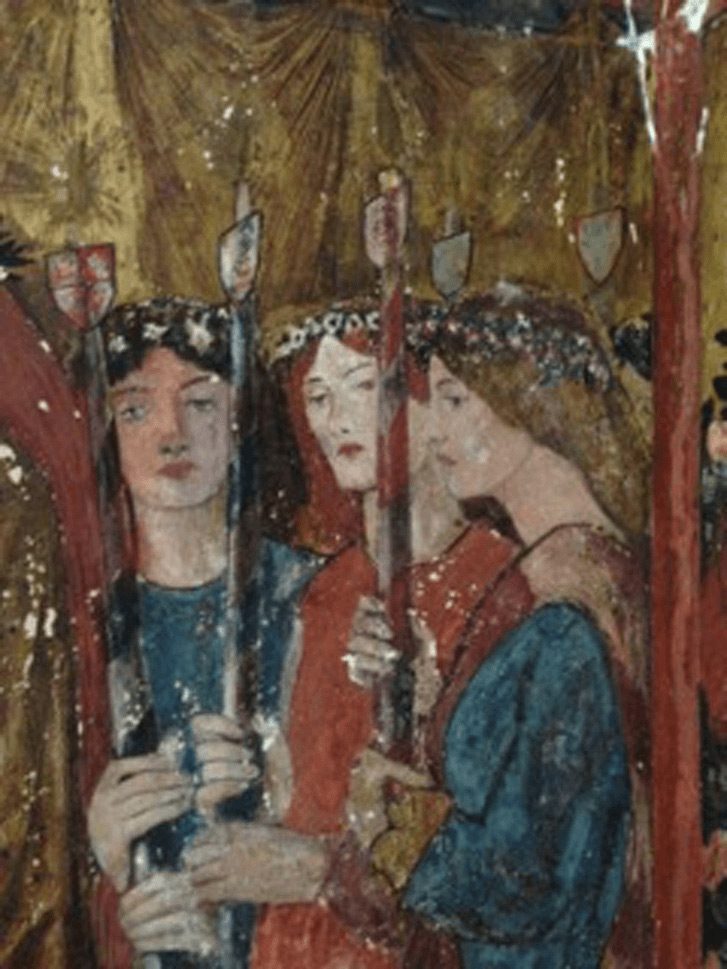 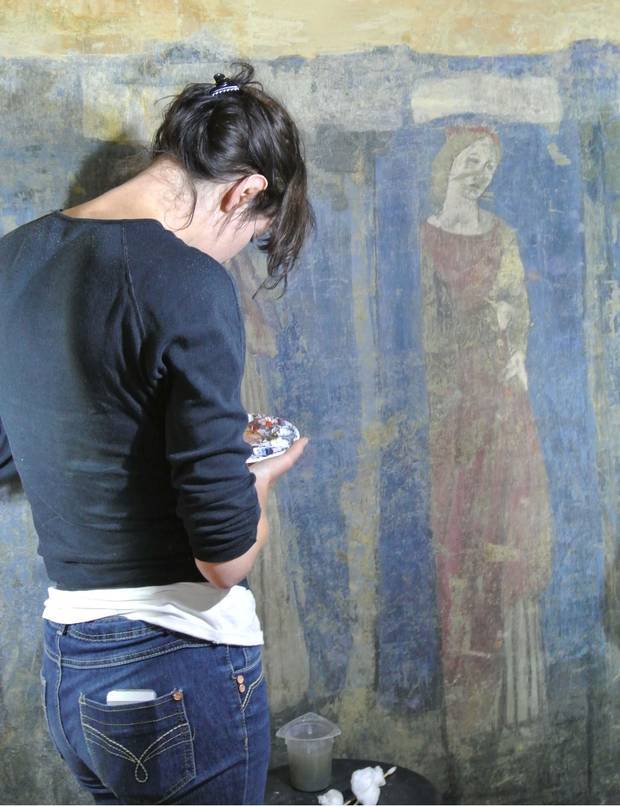 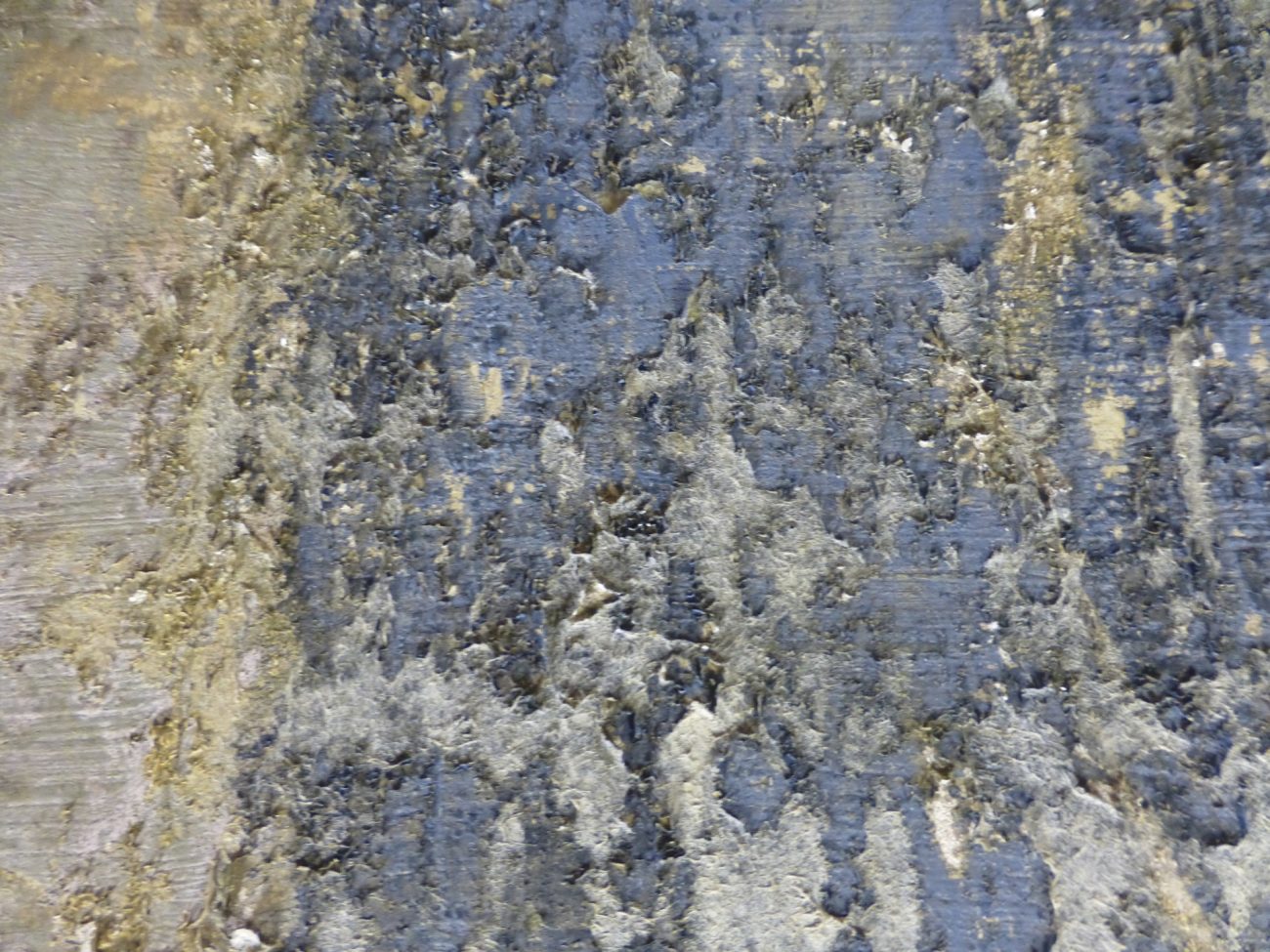 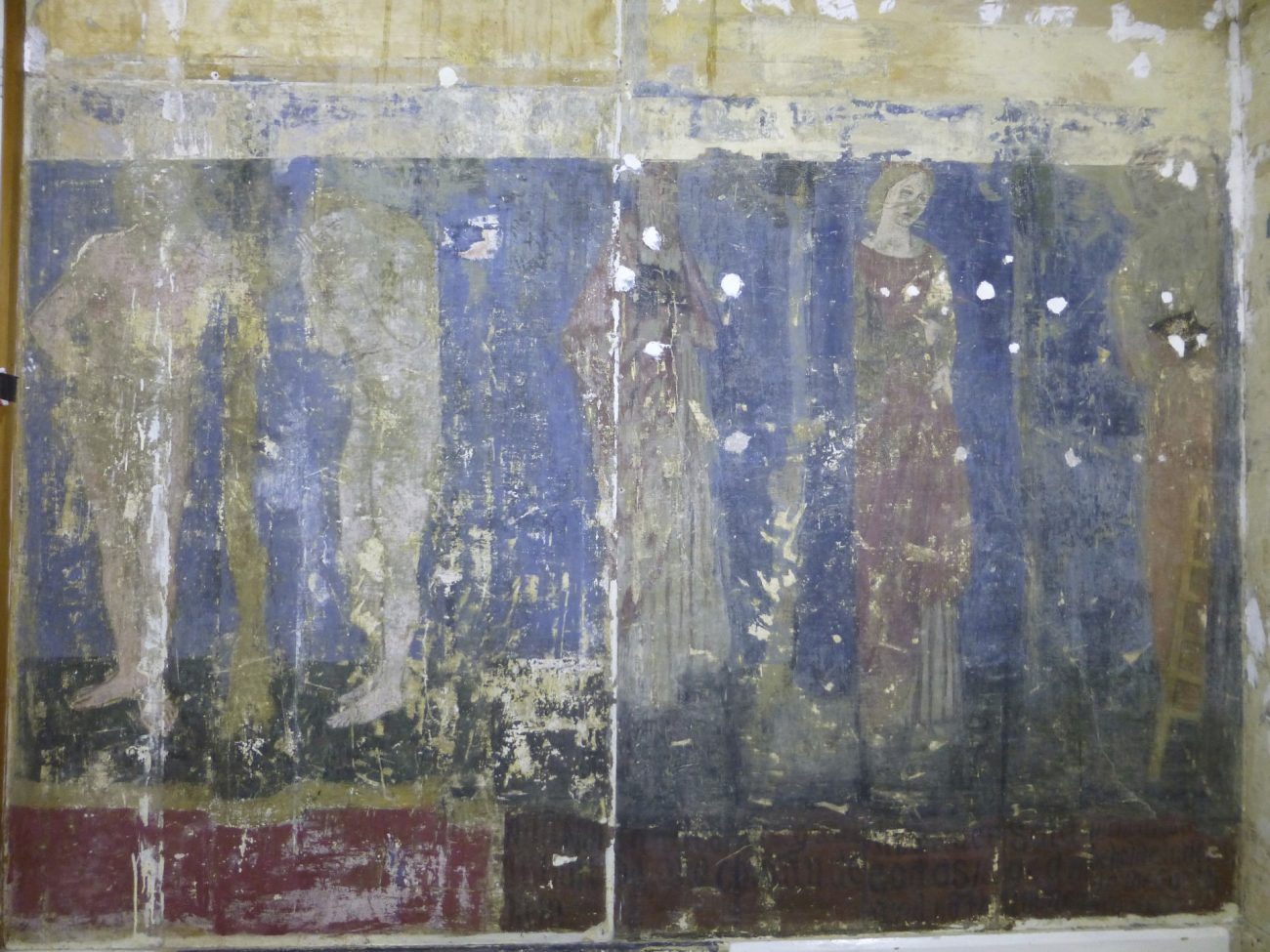 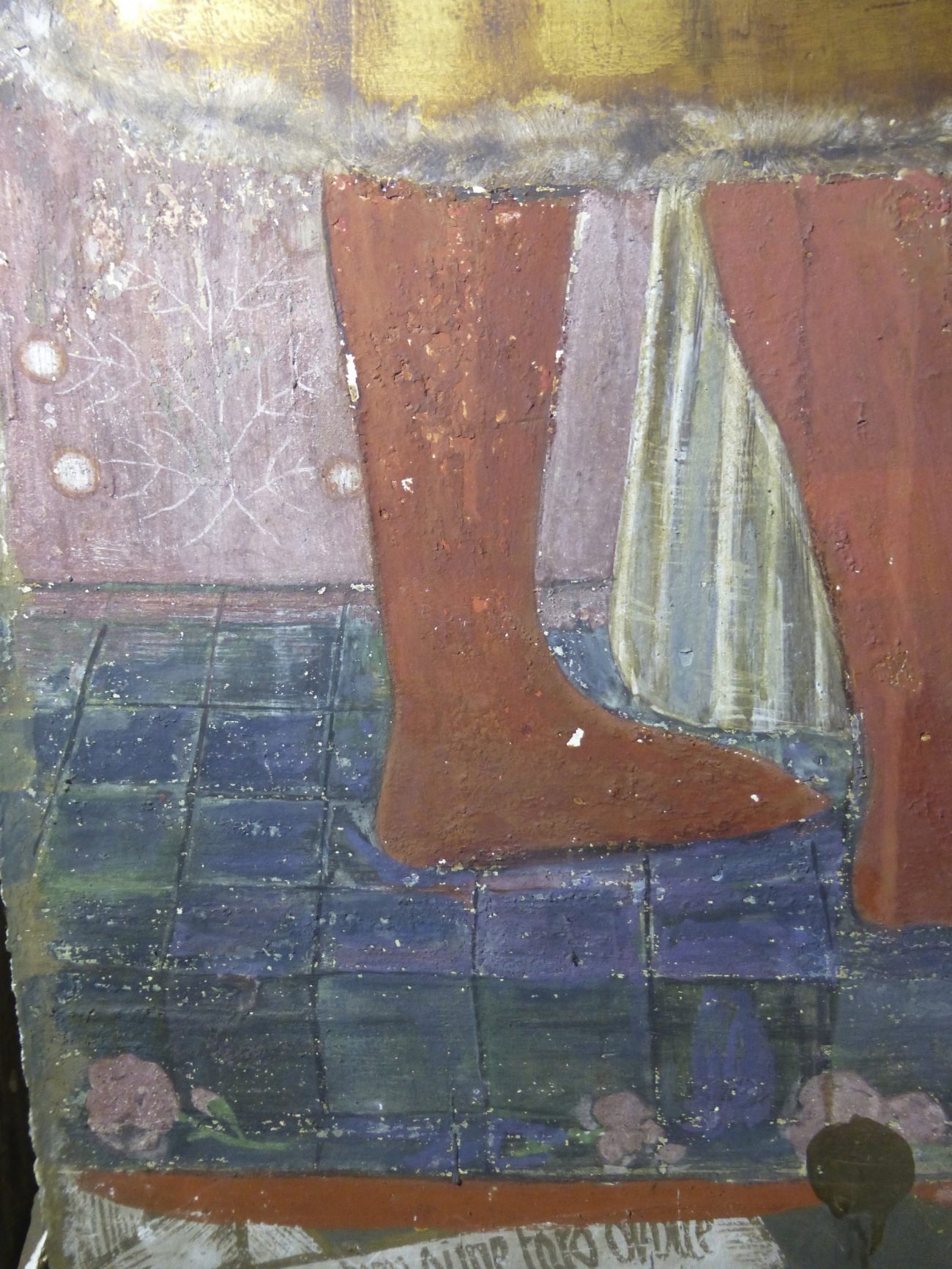 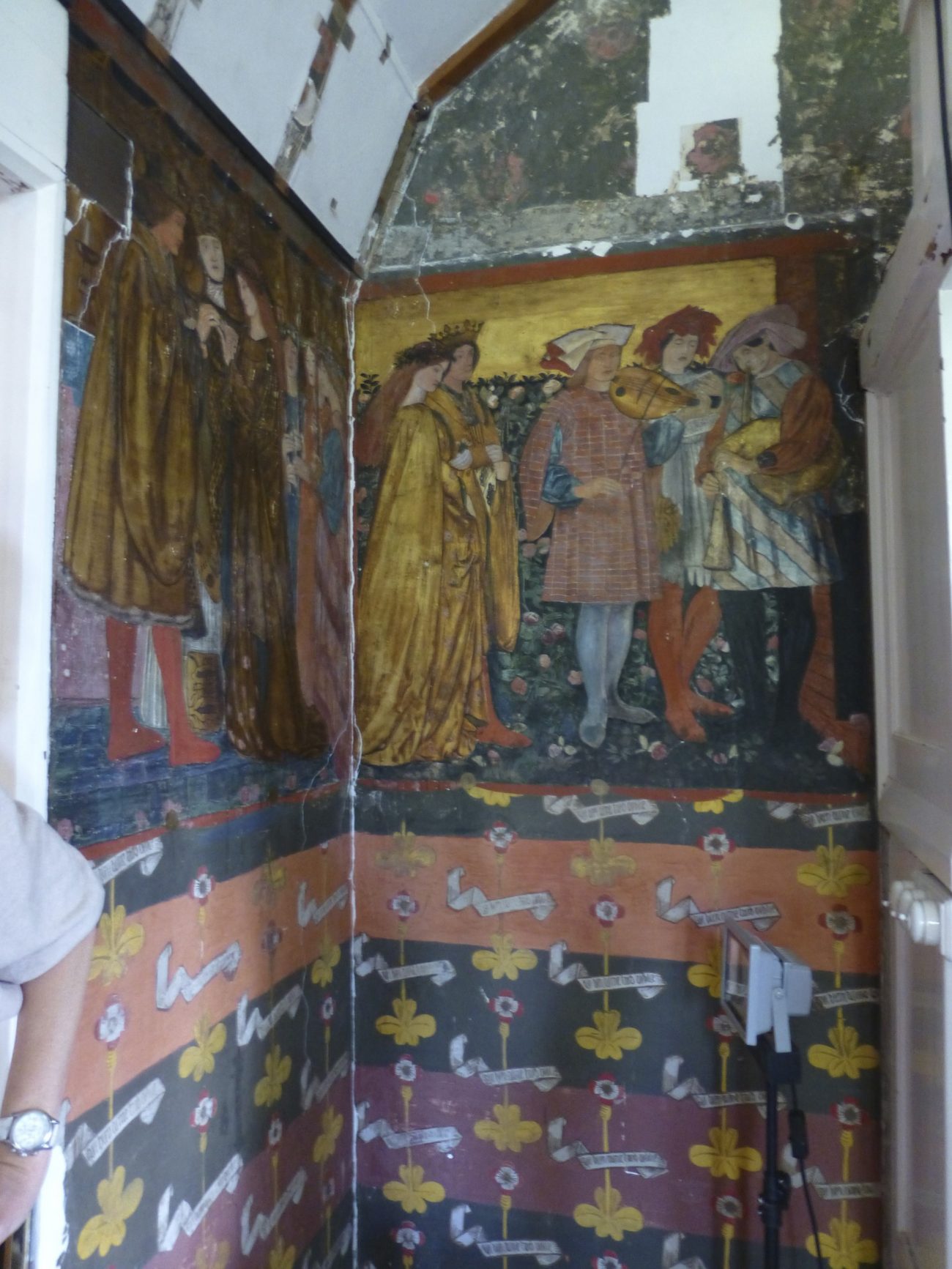 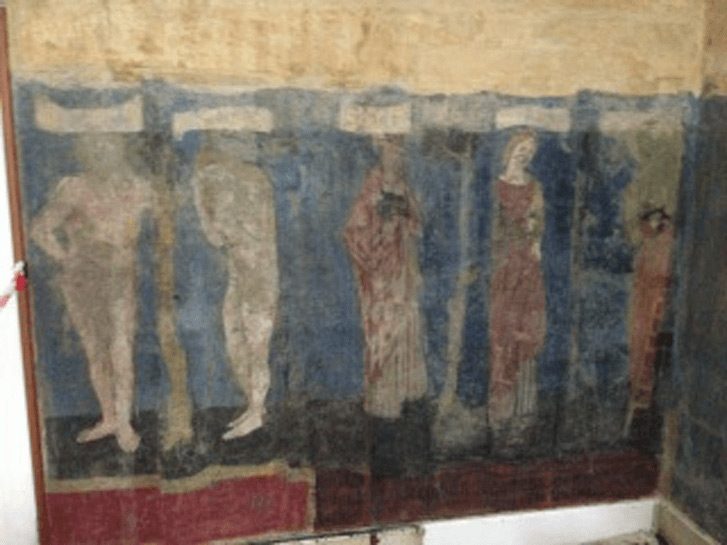