At the conservation department of the Benaki Museum in Athens, where I worked several years ago, many icons were treated, both from the museum collection and in private ownership.  I had the privilege of being involved in their conservation; in particular for a 17th century Virgin and Child, from a private collection.  The panel arrived in the museum in extremely fragile condition due to severe woodworm damage in the past (long inactive), which had rendered the wooden support sponge-like and crumbling.

The icon was was painted and gilded, on a gesso ground, with a textile layer between that and the wood panel.  The gilding was extremely fine, with punchwork detailing.  Examination under the microscope revealed the painted surface had layers of overpaint.  This was confirmed by x-ray examination, which revealed very little of the original paint layer survived.

The priority of the conservation work was the stabilisation of the wood by consolidation, putting in small repairs to support vulnerable edges, filling the flight holes – many of which exited through the painted surface, and in-painting these new fills.  (Picture below, before the in-painting of the fills.) 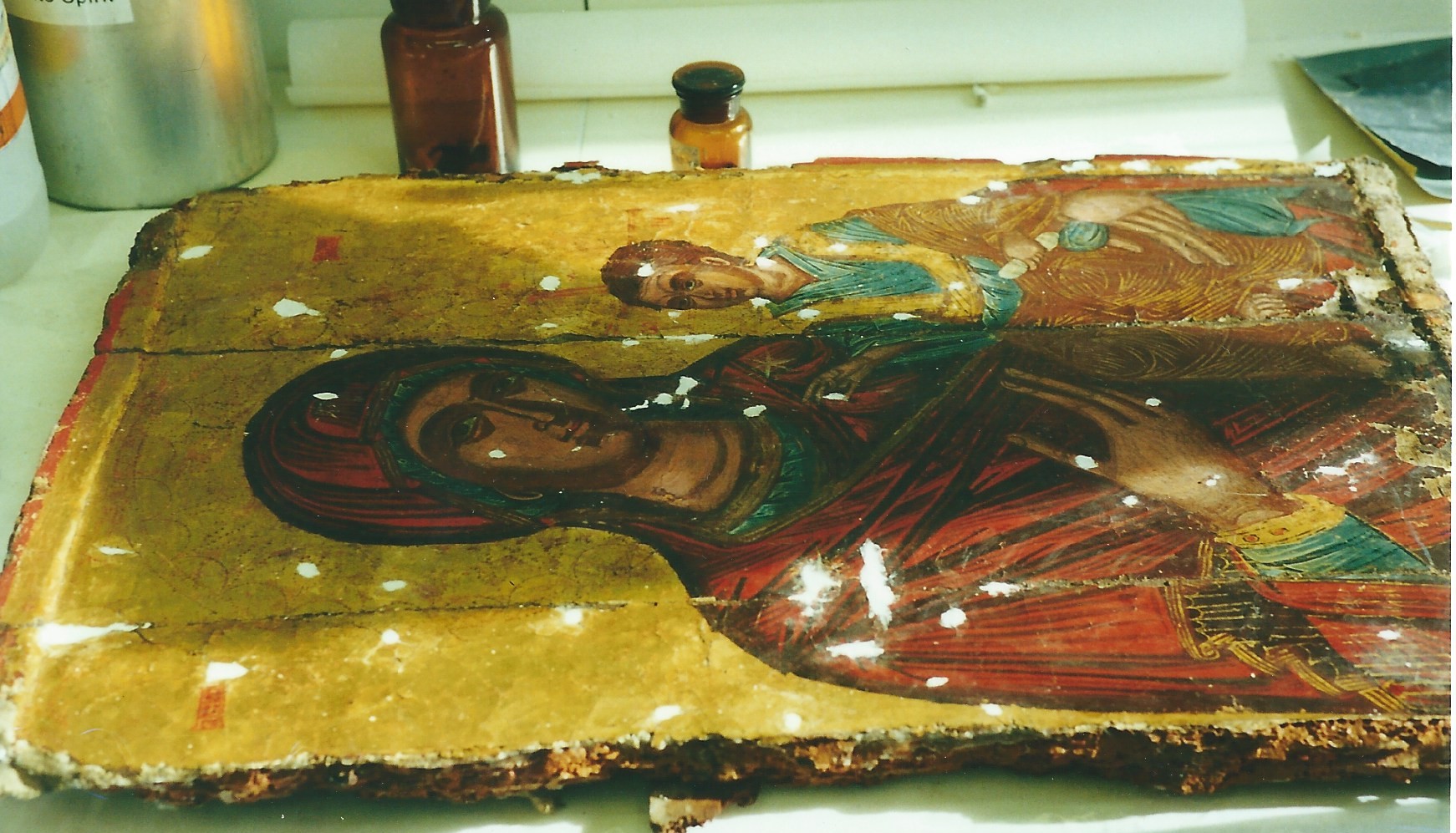 Since that time I have had less direct involvement in icon conservation, until recently, when I treated two Greek icons in the studio here in Oxford.

The condition of both was sound, despite one of two cracks and loss of surface from the corners and edges.  The most distracting element on both was a heavy discoloured waxy coating. This yellowed and darkened the appearance of the paintings, and in the case of the Saint Barbara it had built up particularly heavily along the lower part of the icon, where it also trapped dirt. The saint’s red shoes were totally invisible, as was the differentiation between the grass green ground she was standing on and the blue sky behind her.

Examination under in visible light, with photographic methods and with UV revealed no previous retouching, paint layers, or interventions.

The treatment focused on reducing the coating,  putting in small repairs to support edges, and filling areas where there was loss of surface.  A separation  layer was then applied before in-painting these repairs, and any small paint losses, with water colour.  Finally a protective, reversible, varnish layer was applied to both icons. 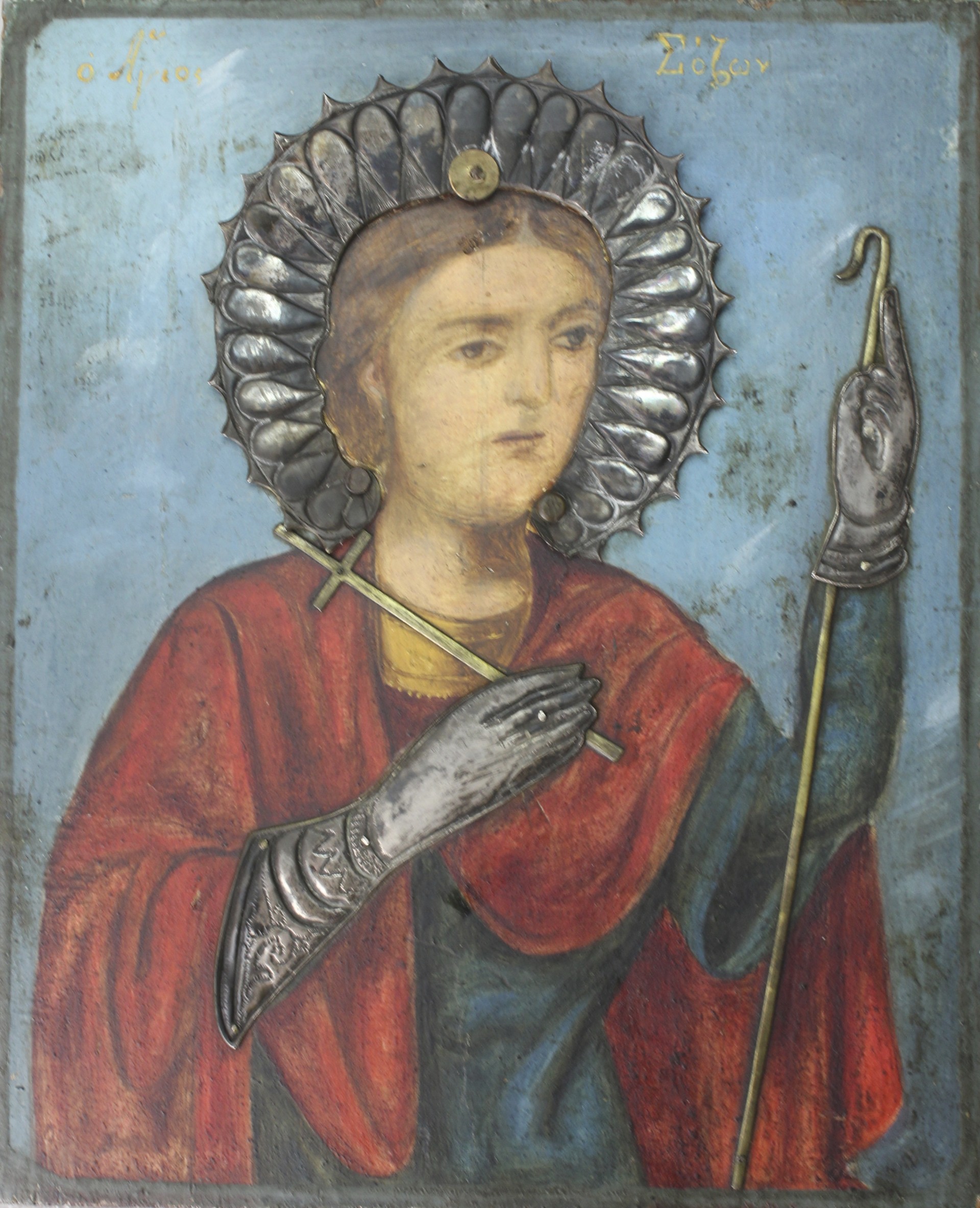 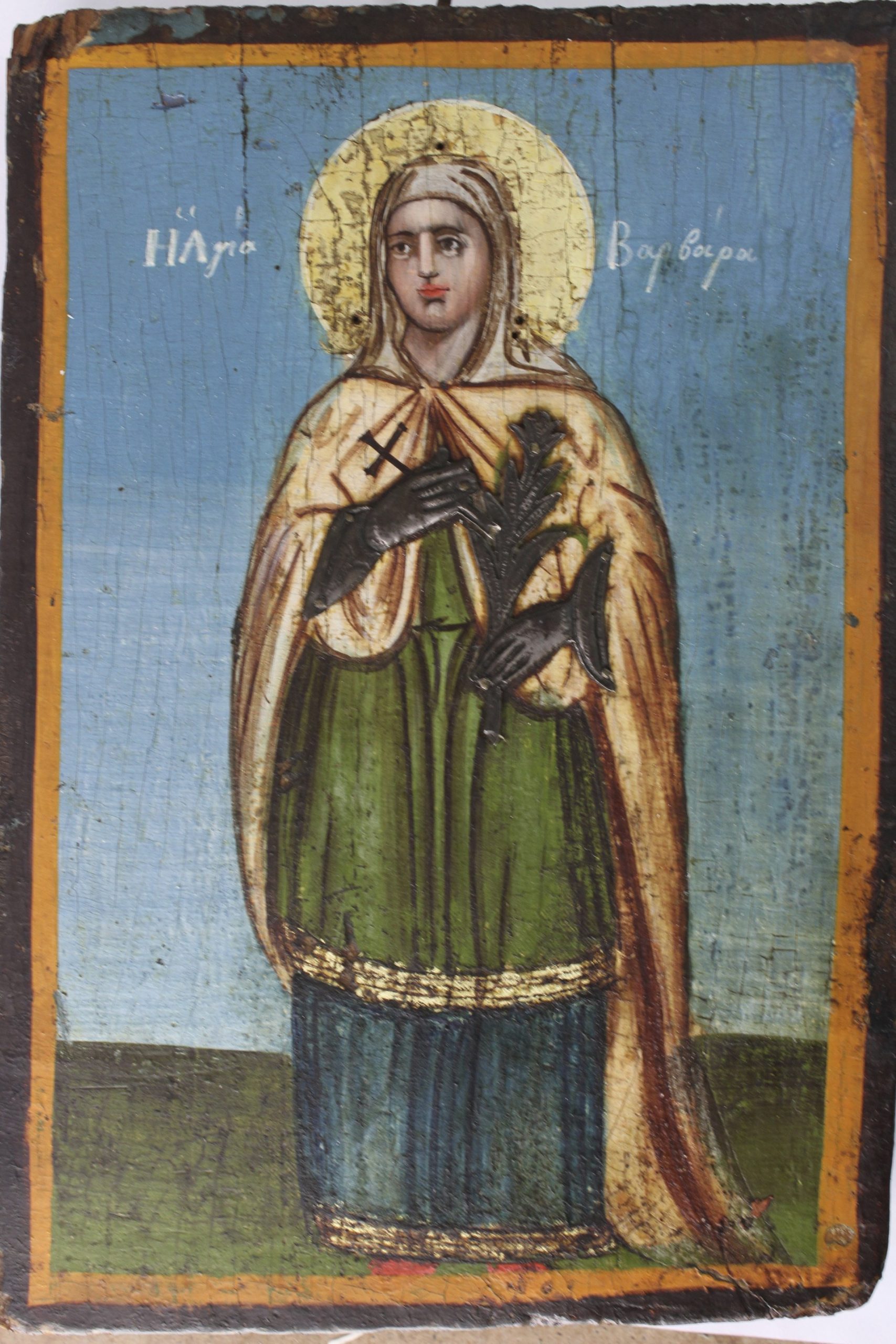 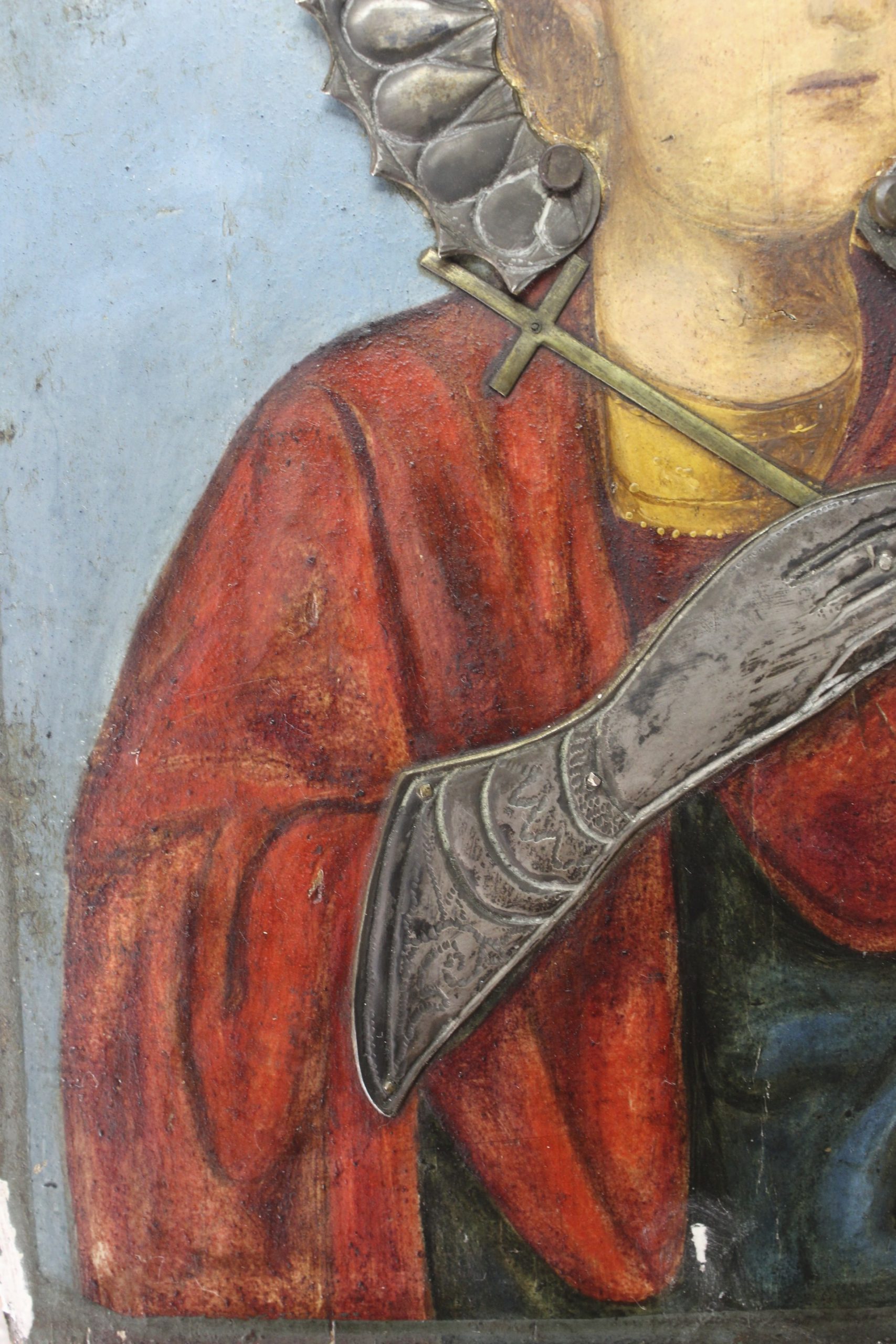 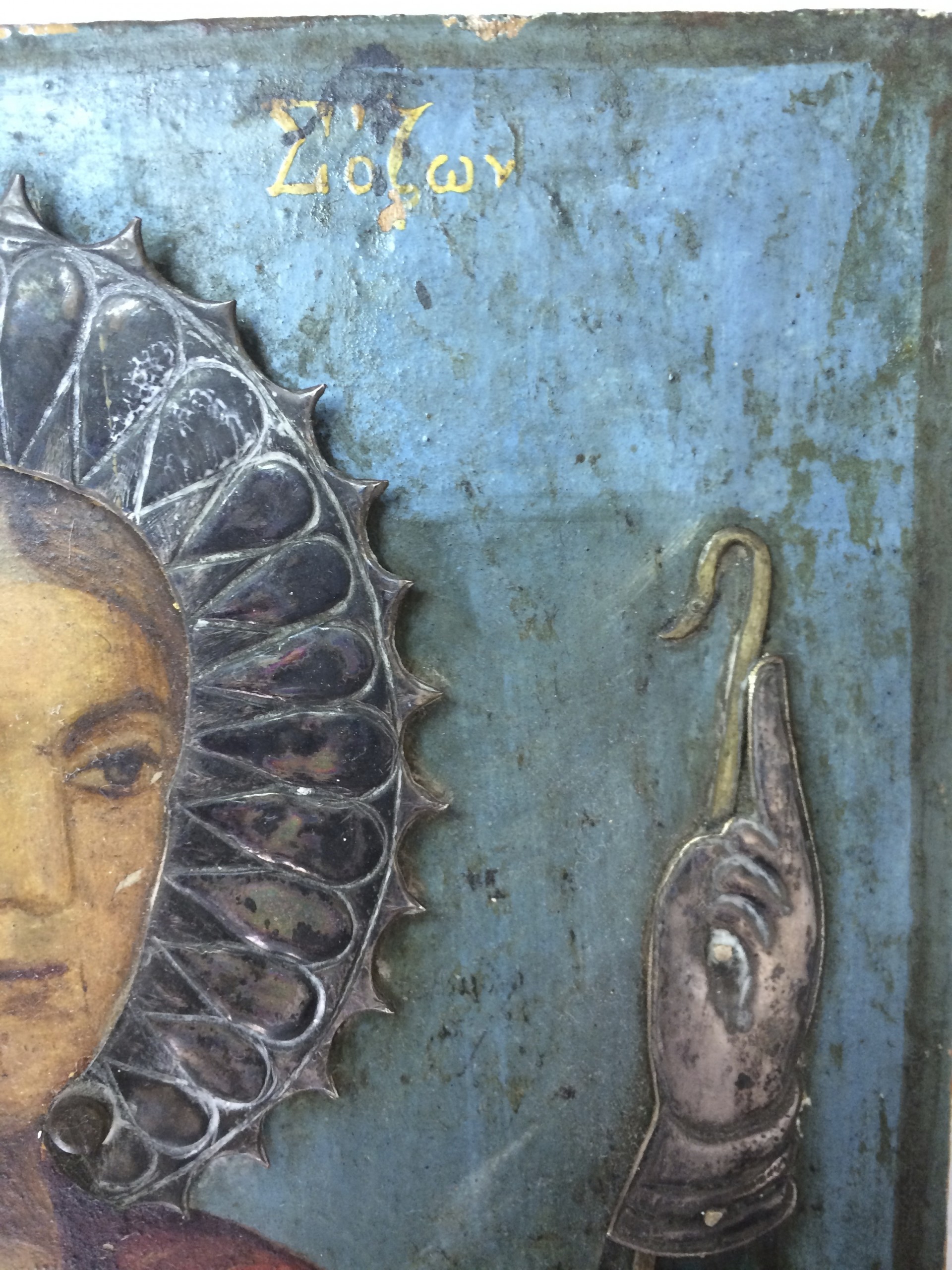 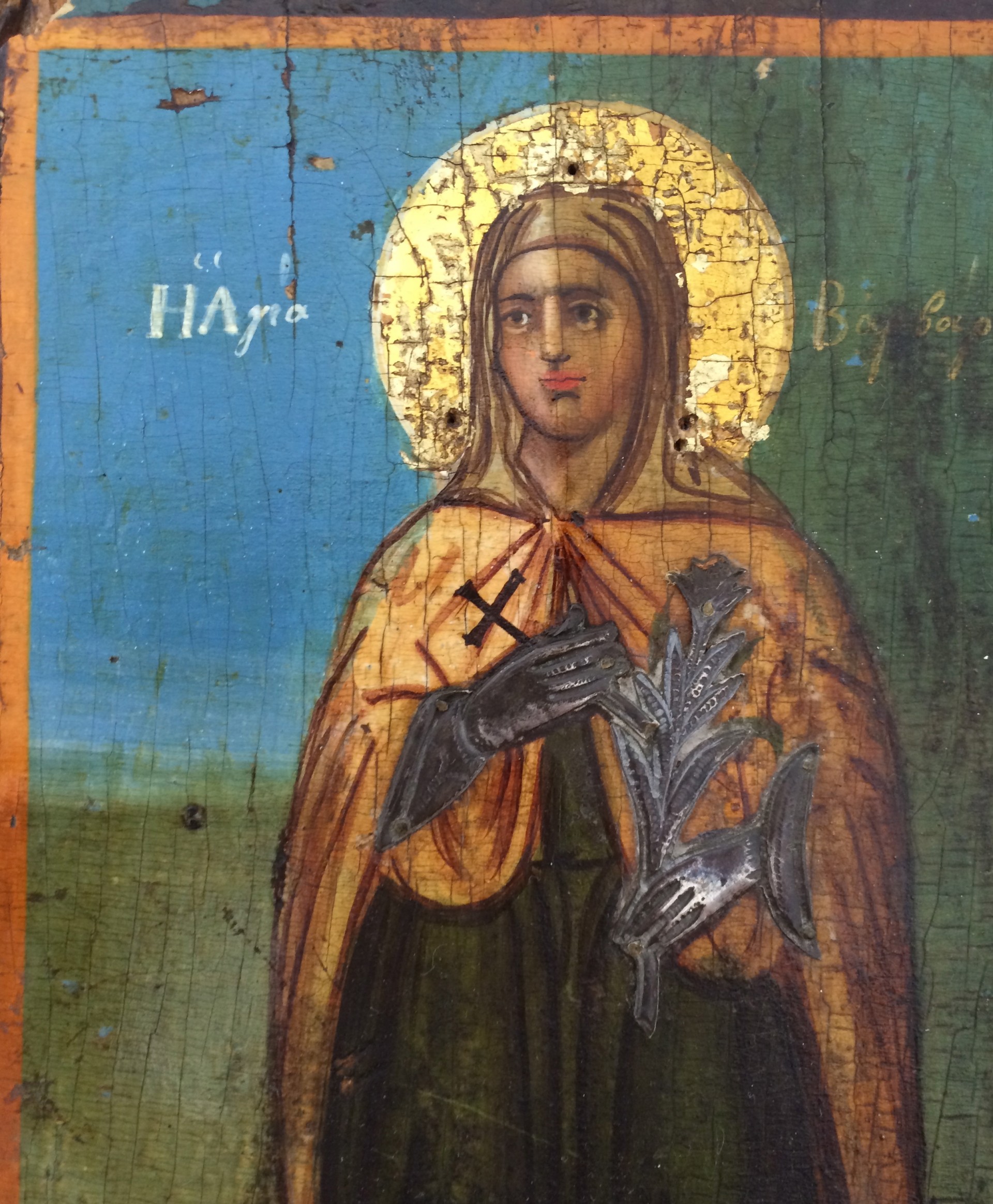 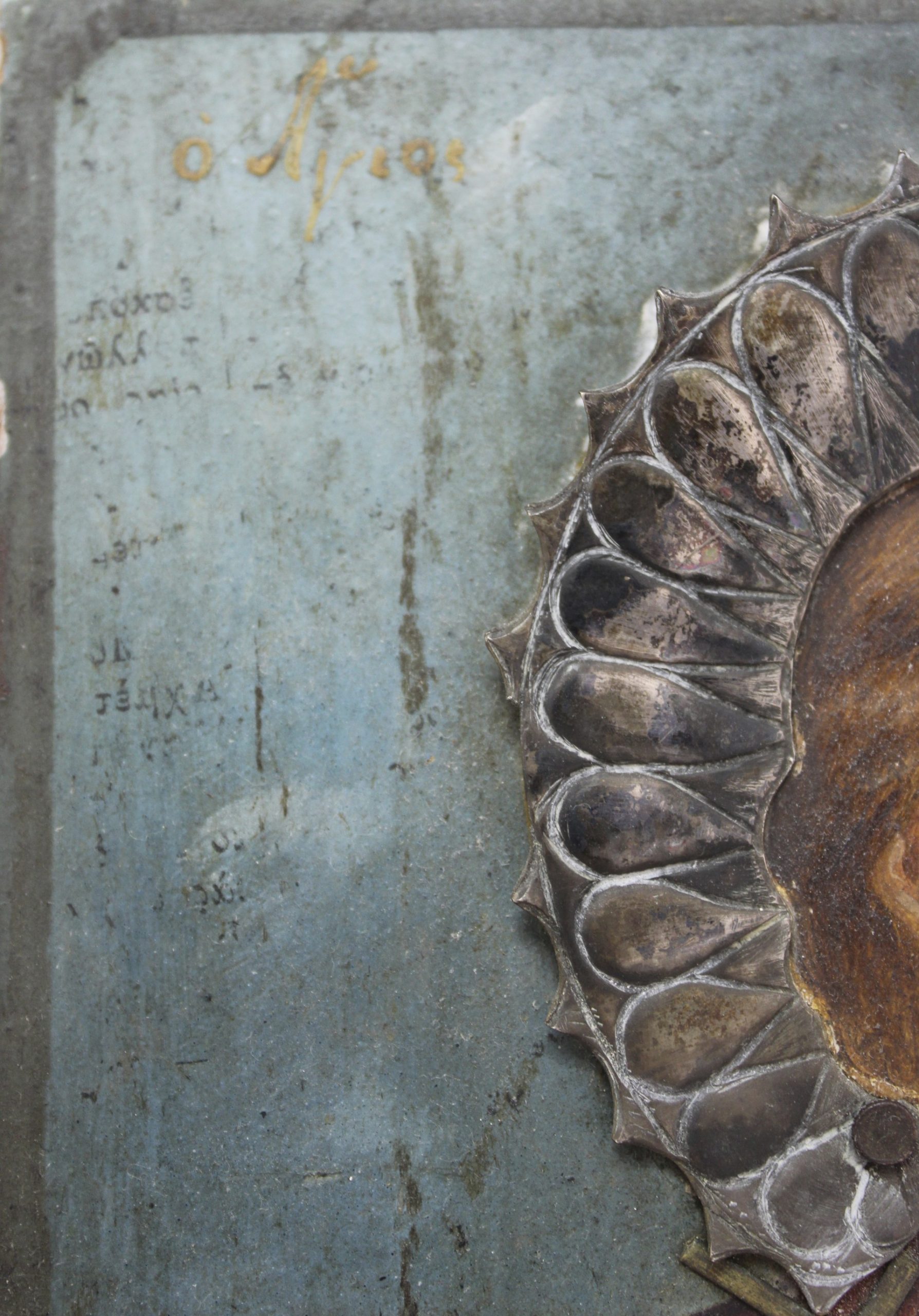 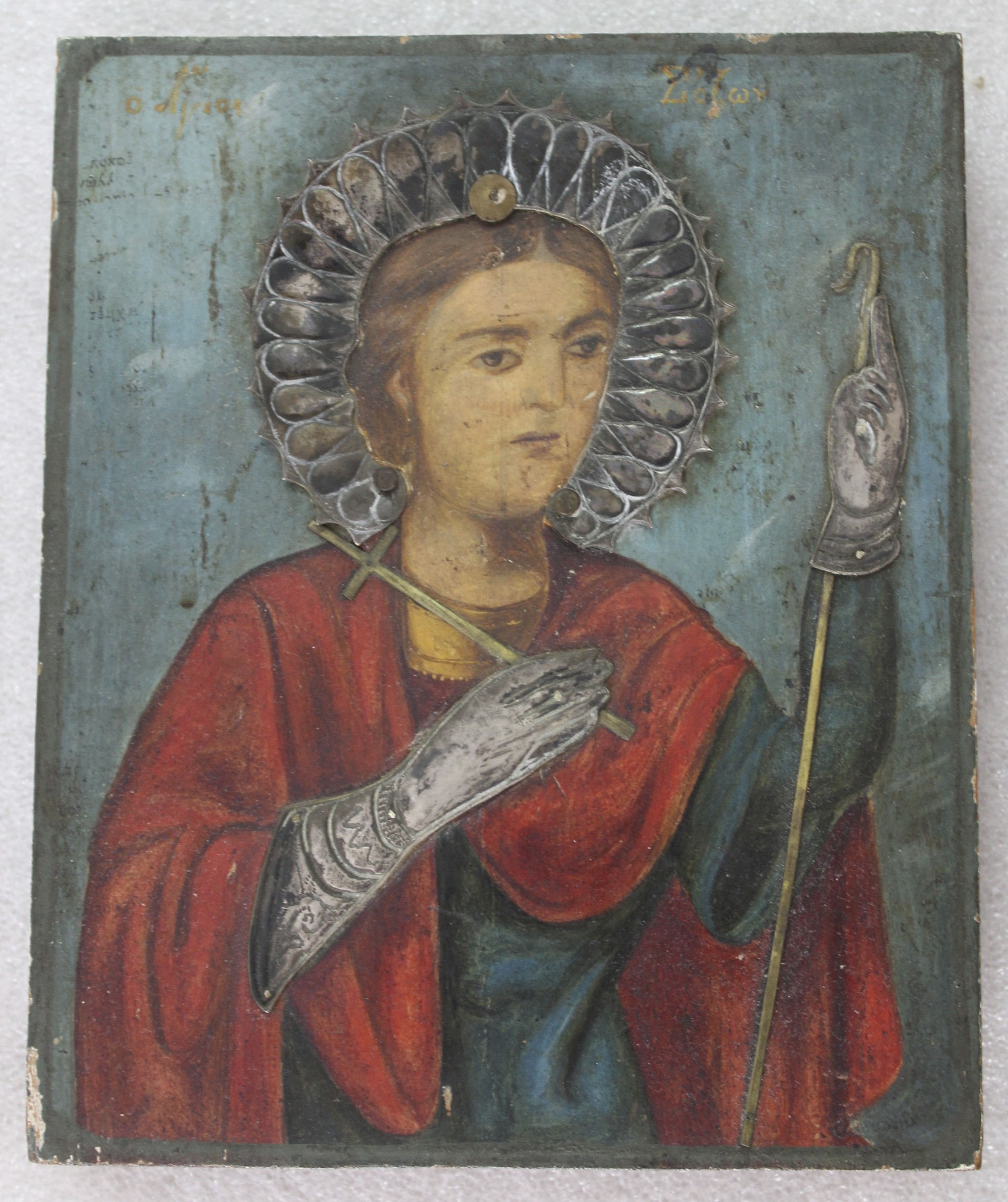