This was a project in summer 2015 to stabilise areas of surviving domestic wall painting in a late medieval private house in East Anglia.

The areas of wall painting treated were upstairs, and were thought to date from the early 17th century. The scheme was painted to imitate brightly coloured paneling covering the plaster and timber construction of the building, and would originally have been a continuous design going all around the room.  The largest area of this paneling only came to light very recently, discovered by the current owners of the house underneath later paneling. The condition of this section was remarkably good, only requiring some stablisation and fixing where the painting was detaching from the wooden beam support, and where the section joined the, later, fireplace next to it. A very similar, although more damaged, scheme of paneling is also in existence at The Crown Hotel in Amersham, which suggests the design is likely to be a from a pattern book at use at the time.

Houses of this period would all have had elements of wall painting decoration; imitation paneling was not unusual.  The scale and complexity of all decorative schemes would be relative to the wealth of the owners; but due in part to the climate in this country, and in part to continued alterations to buildings, as well as the relatively recent appreciation of the intrinsic historical value of decorative schemes within historic buildings – and therefore a concern for their preservation – few schemes of this kind are still in existence, and visible.

Some photos of one of the areas of painting, and the work are shown below 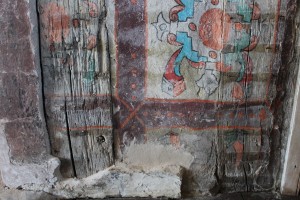 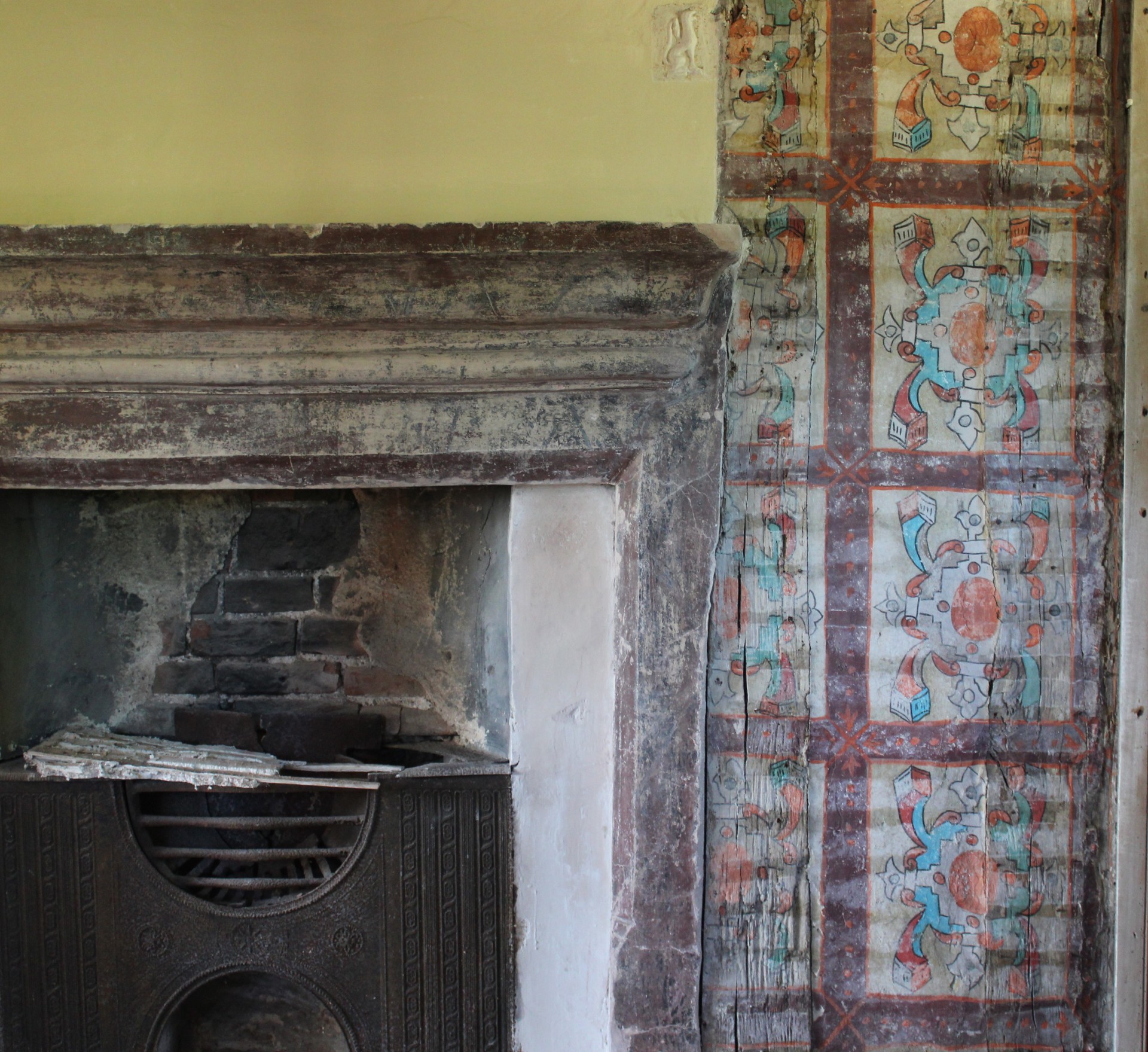 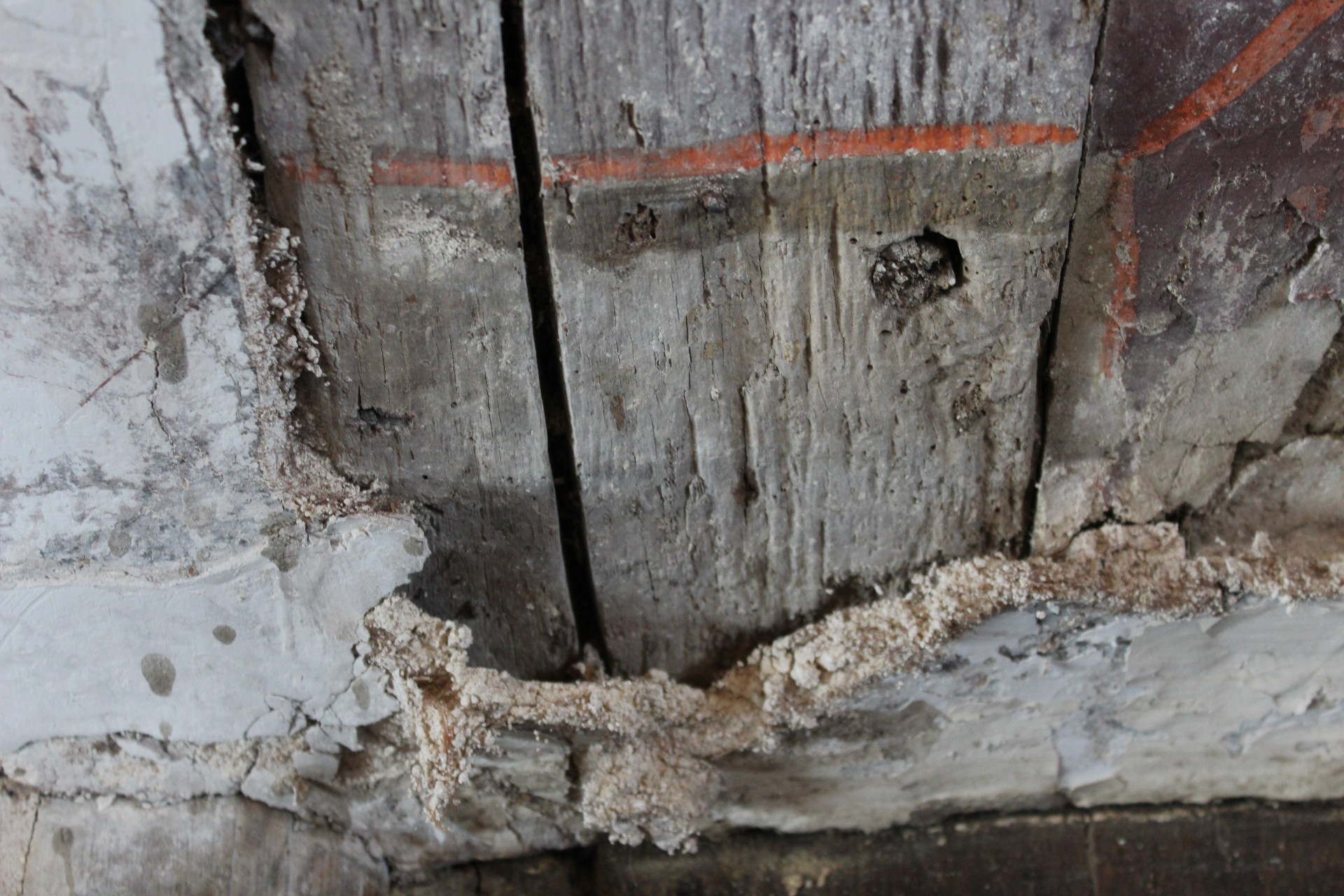