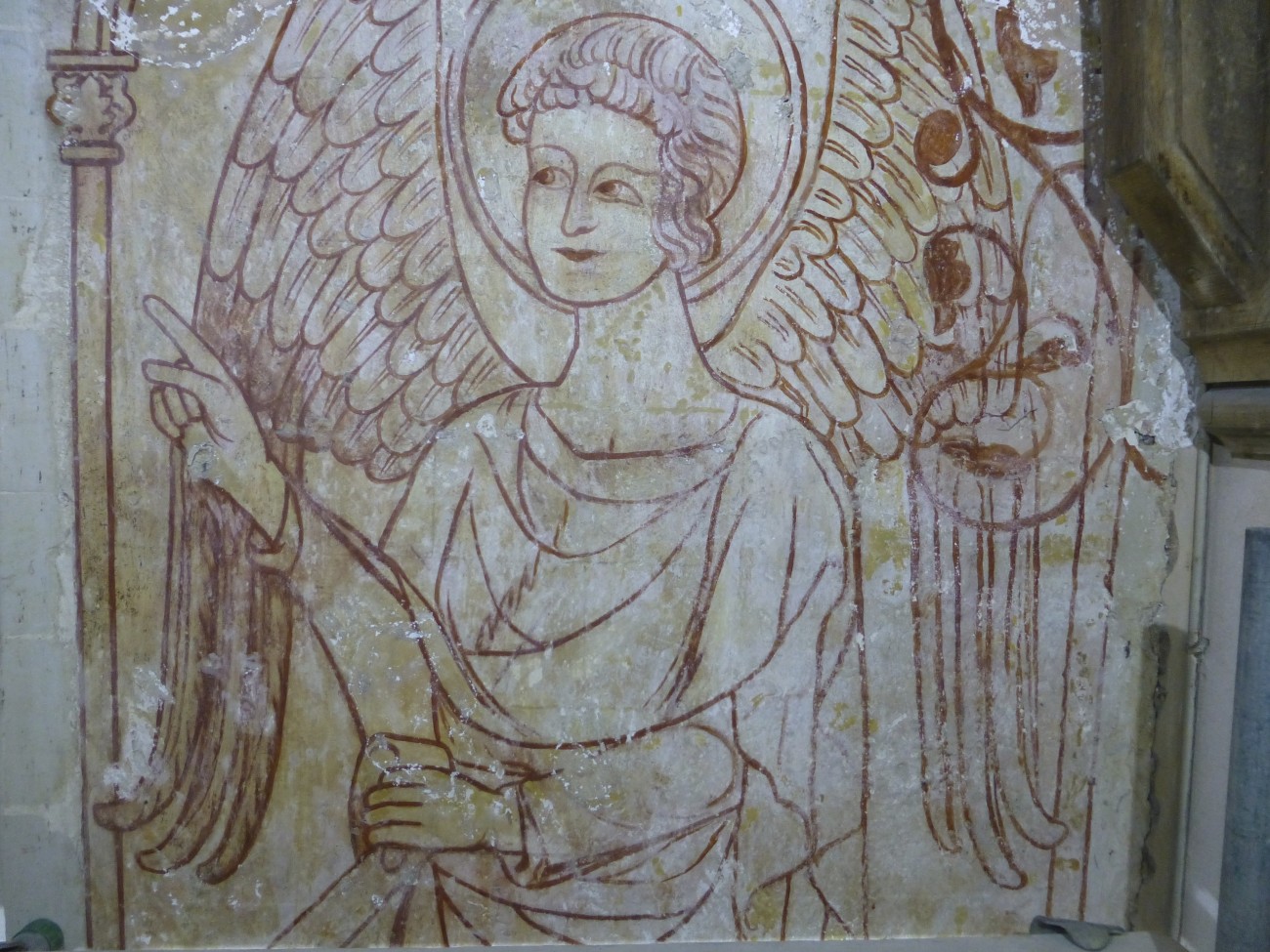 Conservation of a Medieval Angel Gabriel

Posted by Bianca Madden Mar 21, 2016 Comments Off on Conservation of a Medieval Angel Gabriel Uncategorised, Work 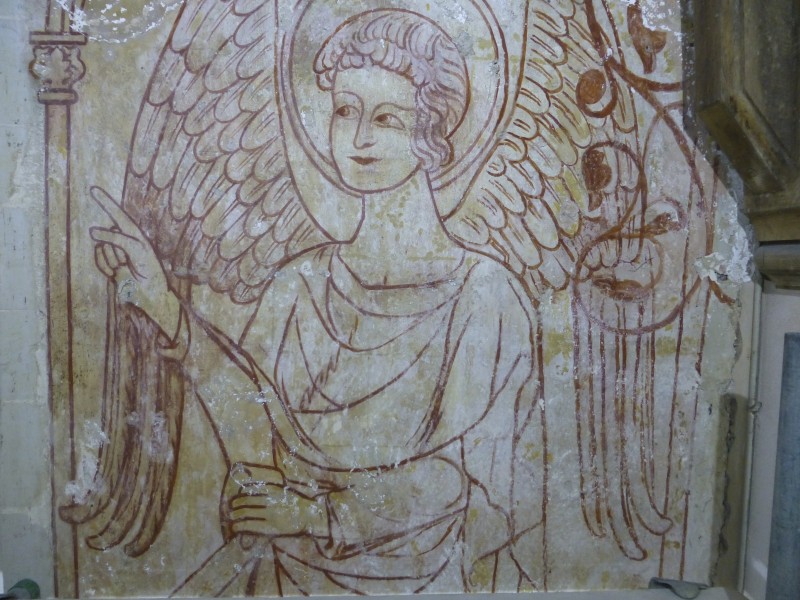 Having just been writing about the conservation of a 1940s Annunciation, Award Win For Lost Wall Paintings ,  I was reminded of a conservation project, for Tobit Curteis Associates, a couple of years ago on a 14th century figure of the angel Gabriel at St Mary’s Church, Ickworth in Suffolk.

The Ickworth painting would have been part of a traditional medieval annunciation scene, with the figures of Mary and the angel Gabriel depicted on the east wall of the church, with Mary on the north side and Gabriel on the south.  The 1940s Evelyn Gibbs paintings had followed this traditional placement and iconography to re-imagine the scene into a contemporary setting.

In the case of the medieval painting at Ickworth, the angel Gabriel survived on the south side of the east wall, but unfortunately the figure of Mary was lost.  The church had been heavily restored in the 19th century.  A 1911 restoration, as part of the redecoration of the church by the firm of Heaton, Butler and Bayne, records that there was no trace of the figure of Mary by that date. The figure of Gabriel is therefore the only surviving fragment of the 14th  century decorative scheme in the church, and so highly significant, despite the fact that at the time of the 1911 restoration a considerable amount of ‘restoration’ and retouching was carried out, over the original lines, giving the painting a somewhat crude appearance.

The 2013 conservation work was undertaken as part of a wider project on the fabric of the church, which had fallen into disrepair, resulting in considerable water ingress into the building during of the period of neglect, and the deterioration of the painting.

After the stabilisation of the building, the conservation of the wall painting was carried out.  The treatment involved repairing the plaster layer where delamination had occurred,  re-adhesion of the paint layer where water damage had resulted in flaking; a light cleaning of a superficial dirt layer; and the reduction of a wax coating – probably applied at the time of the 1911 restoration – which collected dirt and dust as well as trapping moisture into the wall behind the painting.  Reintegration was carried out to avoid aethetic disruption of the losses, with new repairs treated using toned limewashes, while losses to the paint layer which revealed the white ground beneath were reintegrated using thin watercolour washes. No reconstruction of missing parts of the paintings was carried out.

Below are some photos of the painting, and the work, as well as a film where I talk about the painting and the conservation work.  The photos are by my colleague Claudia Fiocchetti. 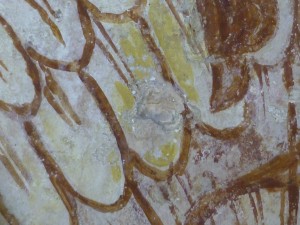 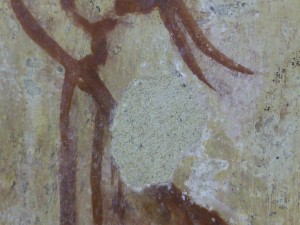 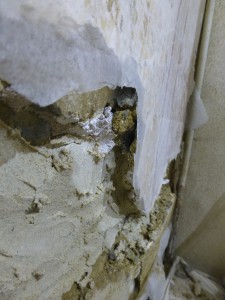 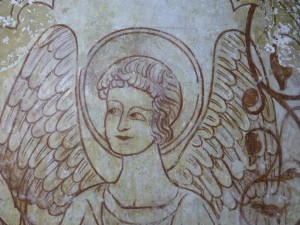 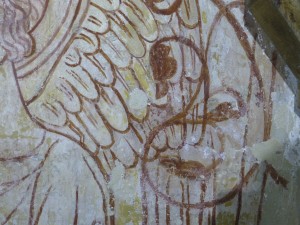 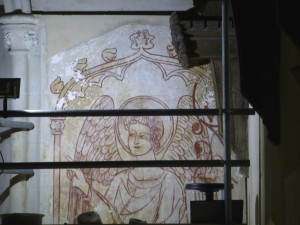 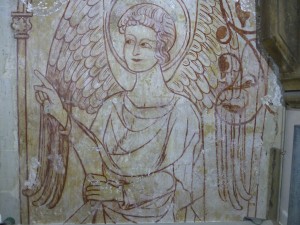 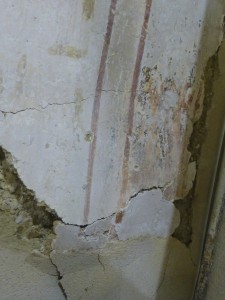 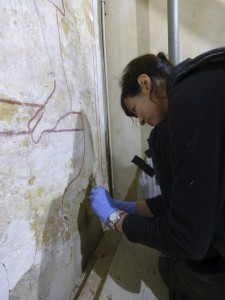 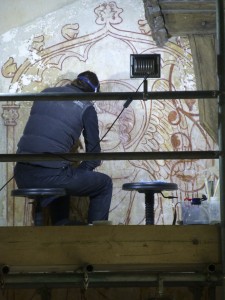 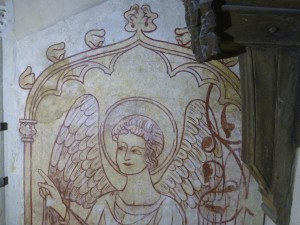 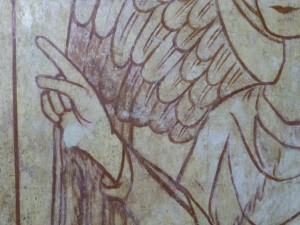 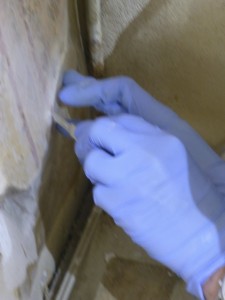 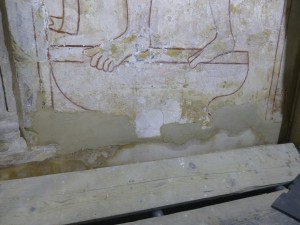 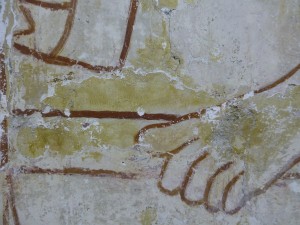 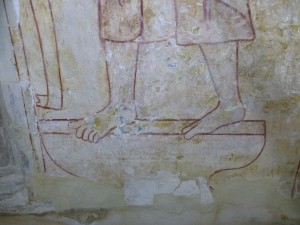 And here is the video, which is part of the visitor information at the church: